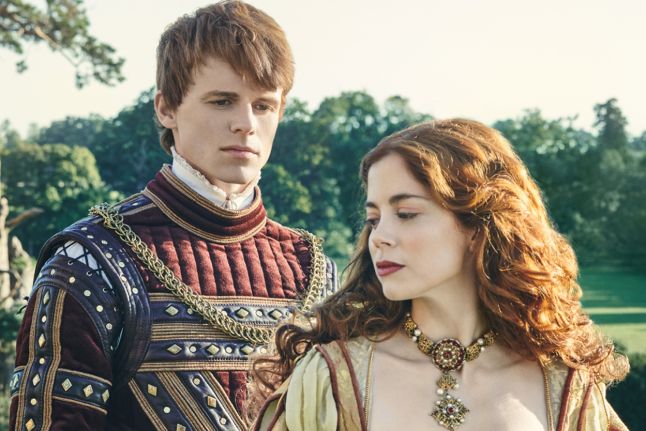 After successful runs with The White Queen and The White Princess, Starz continues the York/Lancaster feud in The Spanish Princess. Betrothed to become the Queen of England at age three, married twice by proxy, Catherine of Aragon must wait eight years after her arrival in England to become Queen. Her path to the Crown is full of twists and turns, befitting the future wife of Henry VIII, best known for his six wives. (As an aside, we are told that English schoolchildren learn this rhyme to remember the wives: Divorced, beheaded, died; divorced, beheaded, survived.)

This fall, The Spanish Princess returns for the final eight episodes. Sadly, the wondrously, evil-plotting Margaret Beaufort will not return. As mother of Henry VII, Harriet Walter deserves an Emmy nomination. The scenery gorgeous, the costumes sumptuous, the sets lavish, and the story seductive, it is a shame that much of the history is wrong (Screen Rant). Still, I give The Spanish Princess 4.0 Gavels and it receives a 75% Rotten Tomatoes rating with no Audience score as yet.

At age 15, Catherine arrives on the shores of England to meet her future husband, Arthur. Henry VII and Elizabeth need the alliance and dowry from Spain to protect the country from France and Scotland. Thought “arrogant and overprivileged” by Margaret Beaufort, Catherine is ready to fulfill her duty and destiny. Except, life gets in the way. After only five months of marriage, Arthur dies. The life-long struggle to become Queen of England has barely started.

In retrospect, I wonder if the producers would choose an actress with a Spanish background as Catherine. Charlotte Hope, much better in The English Game, speaks in a halting cadence which can be a tad annoying. Otherwise, she does a fine job as the tossed-aside widow. Ruairi O’Connor, an Eddie Redmayne look-alike, acts as Harry, the future Henry VIII. Just how does Catherine go from Arthur to Harry? That would spoil the fun! If you need a Downton Abbey fix, you’ll see plenty of Laura Carmichael as Margaret Pole, a York who has plenty of reasons to hate the Lancasters.

The Spanish Princess is certainly “the tangled knot” in the machinations of the Tudor Court. The paranoia levels reach fever-pitch. As Beaufort says, it can be a “lonely path.” The Hollywood Reporter gushes “The Spanish Princess is the ideal period soap, dexterously and intelligently balancing the webby intrigue of 16th century court life with the dewy eroticism of a classic melodrama. There’s no guilt here. Just pleasure.” The LA Times proclaims “it”s an elegant and powerful tribute to a queen who’s all too often been defined by the gluttony of her husband but whose influence changed the very fabric of England.” All things considered, The Spanish Princess is not Game of Thrones caliber, but few are. Still, it’s pretty darn good!