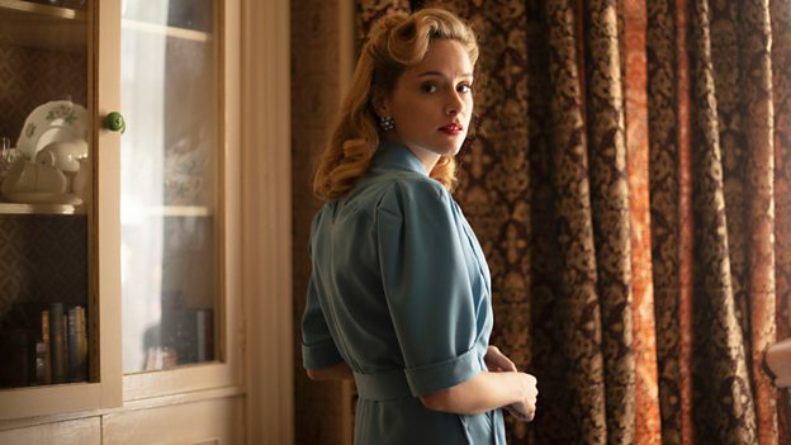 In a tour de force performance in Elizabeth Is Missing, Glenda Jackson reminds everyone why she has two Oscars, two Emmys, and one Tony on her mantel. Just aired on Masterpiece PBS (available Amazon Prime), Elizabeth Is Missing is three mysteries in one 88 minute movie. First, what happened to her best friend? Second, why does she associate Elizabeth with her sister Sukey, missing for seventy years? Lastly, and most importantly, is the mystery of the brain. How can Maud solve these mysteries if she can’t remember the clues?

Elizabeth Is Missing is a heart-breaking tribute to those suffering from Alzheimer’s as well as those caring for them. The terror of constant confusion, the fear of being locked up, and the reversion to child-like behavior come to the forefront. Watching the slow disintegration of your parent’s memory is so painful. Jackson does it so vividly. Filmed masterfully, Elizabeth Is Missing received a nomination for Best Single Drama by the British Academy. I give the film 4.0 Gavels and it receives a very good 7.8/10 IMDb rating.

Gardening at Elizabeth’s house, Maud thinks she finds a compact belonging to her long missing sister. That triggers memories of her attempts to find Sukey years earlier. Then, her friend fails to appear for a scheduled get-together. A broken ceramic found in Elizabeth’s house causes greater concern. Maud’s failure to locate her sister demands that she not give up her search for Elizabeth, If only she could remember.

How good is Glenda Jackson as Maud? This past November she won the International Emmy for Best Actress. Does the American audience even remember Glenda Jackson? Sophie Rundle of Peaky Blinders and The Bletchley Circle plays Sukey. Just as good is Helen Behan as Maud’s daughter, Helen. The film doesn’t shy away from the soul-crushing emotions of the caregivers.

“You think I’ve lost my marbles,” says Maud. It’s been quite awhile since I’ve heard that phrase. Even as she becomes more and more difficult to be around, Maud bemoans that “all any of us want is a bit of company.” So sad, so true.

The Daily Beast writes “Elizabeth Is Missing poignantly conflates its protagonist’s fraying condition with a dual murder mystery-a marriage that transforms this sterling affair into a multifaceted portrait of loss.” “Jackson is 83 and not diminished. Age does not wither her… Her performance cut everything away, taking us right to the emotional core of a woman who is confused, frightened, frustrated, angry, proud and some-times impossible,” adds The Daily Mail. Mark this one down as much, much better than expected.