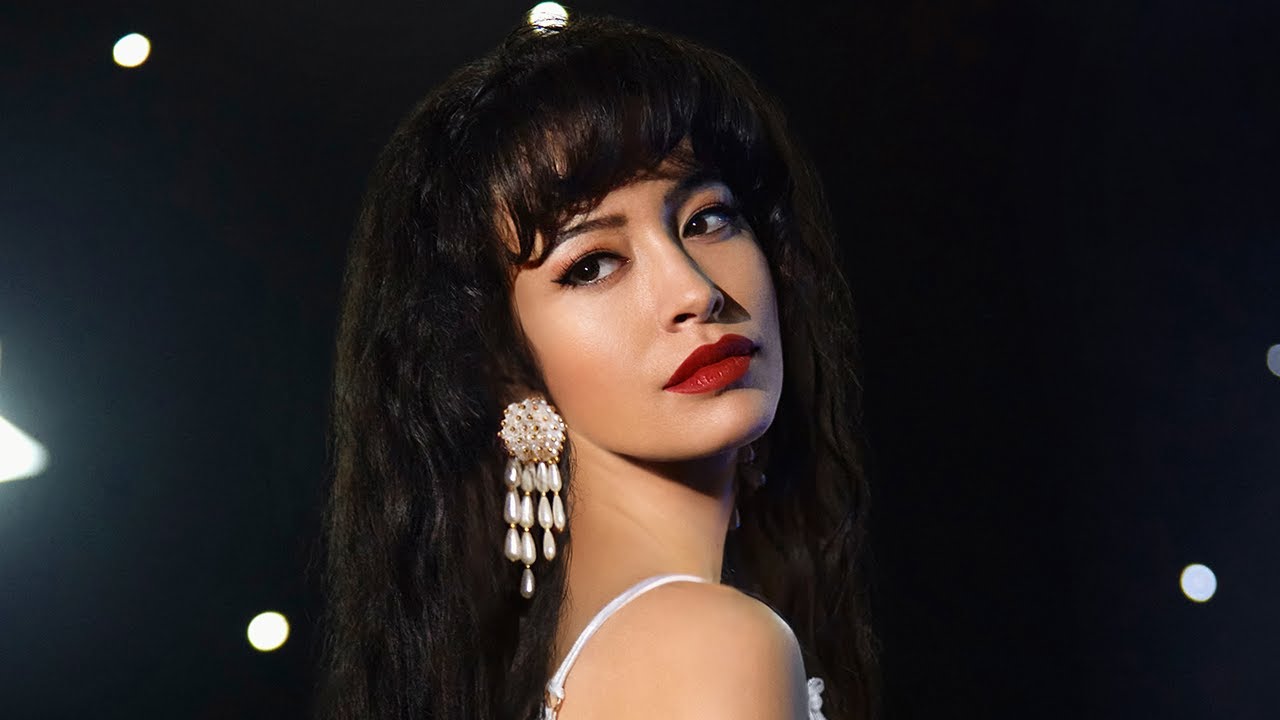 Early in Selena: The Series, she notes that her grandparents’ tragic story from Mexico to Texas reads like a telenovela. Sadly, one could say the same about her own life. Knowing even less about Selena than I did Taylor Swift, I had no expectations for the nine-part Netflix series (40 minute each). Even though the Rotten Tomatoes ratings sit at a poor 33% and the IMDb score rests at a much better 6.8/10, don’t let that scare you away. Notably, the 1997 film Selena, starring Jennifer Lopez, received a 64% Rotten Tomatoes rating with the exact same IMDb score. I’ve not seen the film so I can’t compare.

In any case, anyone called the Mexican Madonna, sells 30 million records, and named Tejano Female Vocalist of the Year nine consecutive years, all before the age of 24, deserves some attention. For a Spanish-singing star, it seems odd that, born in Texas, she learned the language to appeal to that market. Then, in a cruel twist of fate, she spent the rest of her young life trying to get into the English-speaking market. Only after her death did her crossover album, Dreaming of You, hit the big-time. Selena takes the viewer from birth to just before her marriage in 1992. I found the music, and the struggles to be the next Linda Ronstadt, engaging and give Selena 4.0 Gavels.

At age eight, Abraham Quintanilla has Selena singing with brother AB on the bass and sister Suzette on the drums. Known as Southern Pearl, they perform at his restaurant, Papgayos, until a recession forces it into foreclosure. Undaunted, and with the certainty that his daughter has the talent to climb to the top, the band reorganizes as Selena y Los Dinos. By 1998, CBS and EMI are both trying to sign Selena to a contract. Conflicts over creative control and a crossover album are stumbling blocks. Who can you trust?

Few actresses possess the dazzling smile of Christian Serratos (The Walking Dead, The Twilight Saga). As Selena, it is easy to see how her personality captivates audiences. Always pushing his kids to do more, Abraham is played by Ricardo Antonio Chavira of Desperate Housewives fame. Pushed the hardest is bassist/ songwriter AB, acted by Gabriel Chavarria, seen in Hunter Killer.

Selena is Exhibit A for why singers hate their labels. Promises unkept is a recurring theme. But, Selena is also a nice story of the evolution of a sound. Somewhat to my chagrin, we have to wait for Season Two for the dastardly actions of Yolanda Saldivar and the crossover album.

Vulture Magazine complains “feinting in the direction of a conflict only to immediately make everything perfectly happy again is Selena’s standard operating procedure.” I saw no social life, long, cold bus rides, rejected ideas, and a controlling patriarchy. That seemed plenty of conflict for me.

Indiewire notes “this presentation of Selena as a beautiful ghost probably has to do with her family, particularly her sister Suzette, acting as executive producer on the series.” They expected her sister to present an ugly side of her iconic sister? While it was tiring to repeatedly hear Abraham urging “always forward,” this rise to stardom is a compelling tale.