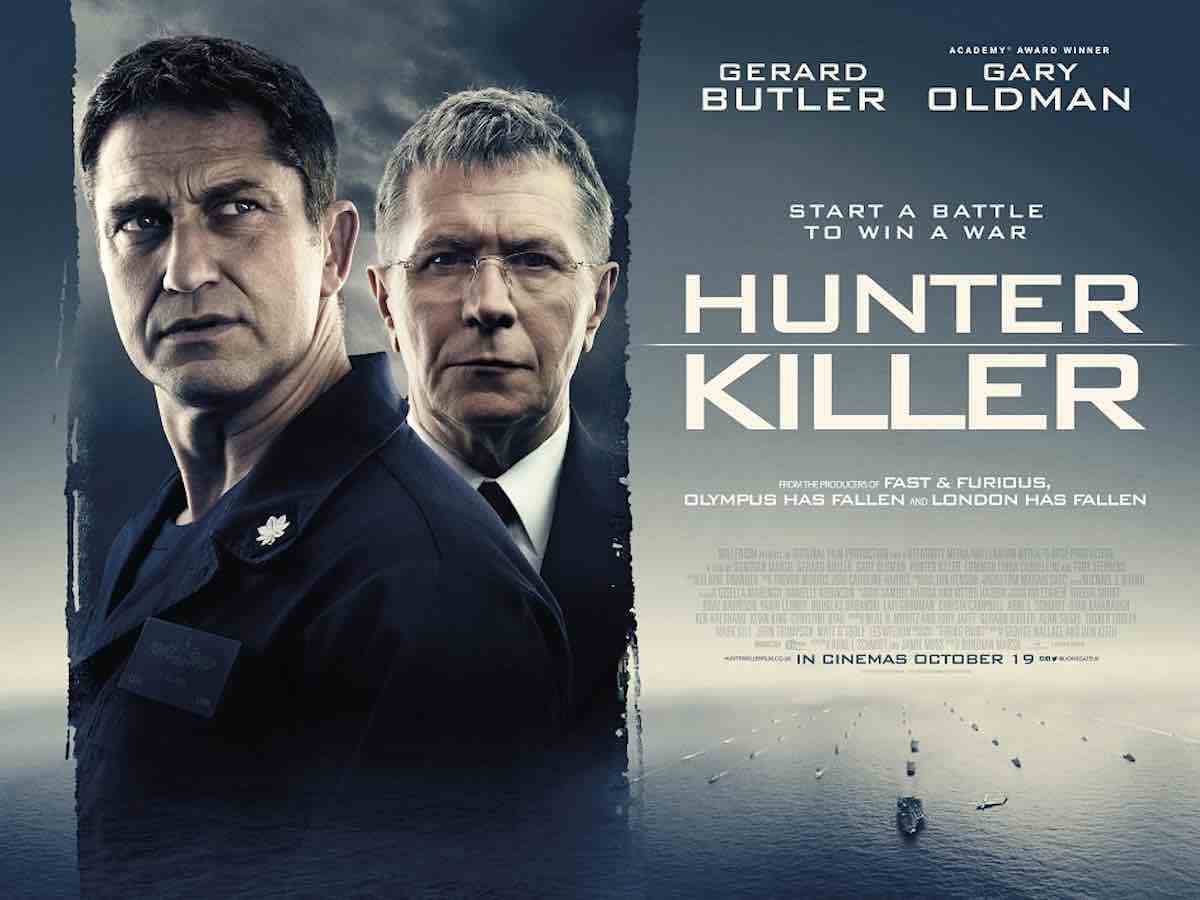 Hunter Killer is no Hunt for the Red October, nor is it Crimson Tide.  But then, Gerard Butler is no Scott Glenn, nor Gene Hackman for that matter.  Of course, he doesn’t have Sean Connery nor Denzel Washington as co-stars, either.  But, overall, this is a pretty entertaining flick.   The cat and mouse of submarine versus submarine and submarine versus battleship still resonates, always trying to guess the other’s location and strategy.  Until the next Tom Clancy comes along, this will suffice.  Per usual, the critics get this one wrong.  I give it 4 Gavels.  The audience weighs in at 89% while the critics lag at 36%.

A Los Angeles Class sub is trailing a Russian sub in the Barents Sea.  Then, both are missing.   The Navy sends the USS Arkansas, under the command of newly appointed Joe Glass, to investigate.   Both are found, the Russian sub dead by explosion, the US sub down by torpedo.  Is Russia trying to start a war?  Will Russia think the Americans fired first?  And, why is the Russian President at the submarine base?

Gerard Butler is Commander Joe Glass, overacting as usual.   Gary Oldman plays his superior, Admiral Charles Donnegan.   If only they cast Gary Oldman as Commander Glass . . .   Common does a fine job as Rear Admiral John Fisk, the alternative voice to all-out war.   Linda Cardellini is the NSA agent providing much needed assistance to the military.

Critics complain that “this has been done before.”  Tell that to Disney with their successful re-makes.  Realistically, there are only so many ways to kill a submarine, so some scenes will seem familiar.  The additional action of the Navy SEALS gives this one an added dimension.  I certainly am no submarine expert, but the updated weapons also provides originality.  The bottom line is that the movie maintains tension, keeps your focus on the screen.  The two hours pass quickly.  I think you will enjoy this one.  If not at the theater, it will make an nice movie at home this winter.