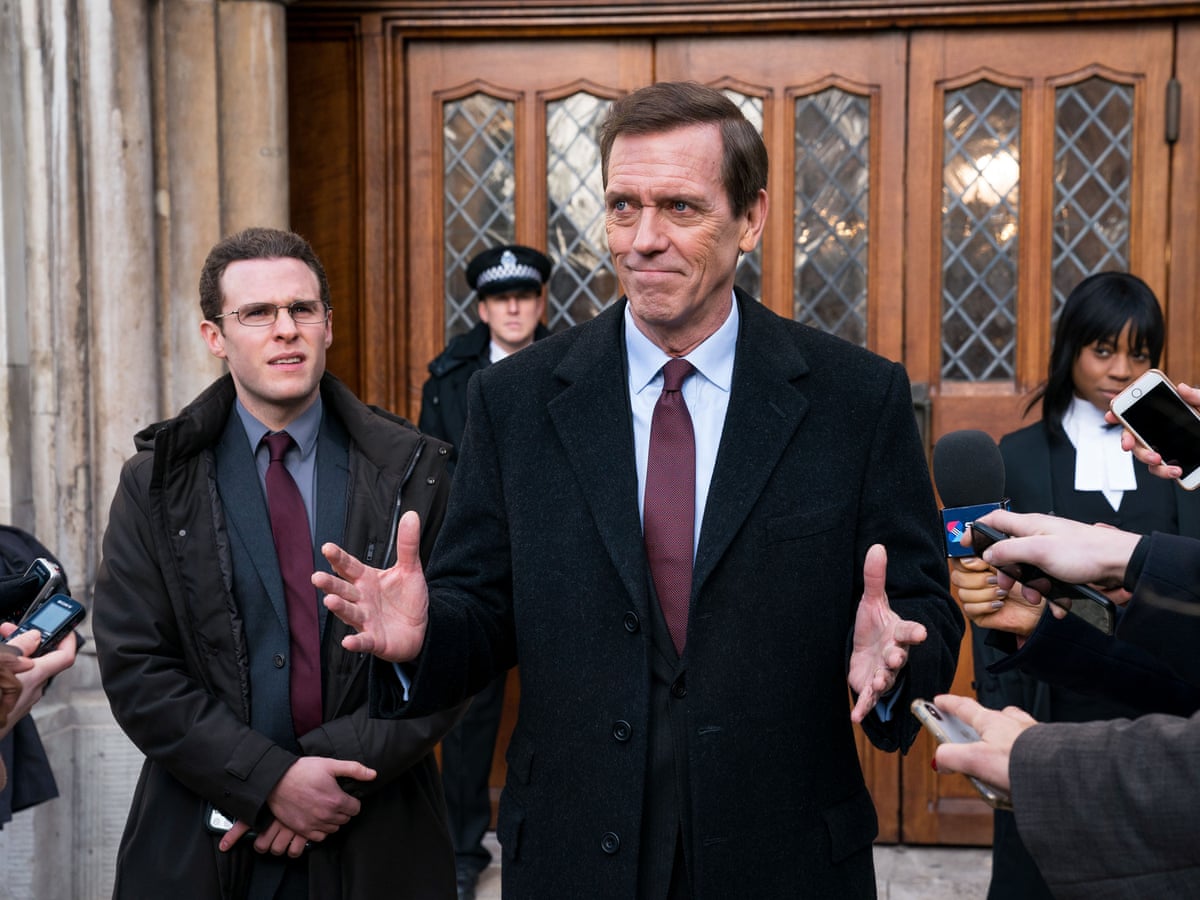 As we approach Sunday night’s finale of the four-part PBS series Roadkill, it was the title that almost made me look elsewhere. Seriously, you want me to watch a show about dead animals on the side of the highway? Thankfully, the lure of Hugh Laurie (House, Night Manager) and Masterpiece was enough to pique my interest. The women in Cabinet member Peter Laurence’s life are about to pick at his carcass. These include his wife, daughters, lovers, driver, and Prime Minister, just to mention a few. He deserves it. Or, as is said, “in your day, sex was liberation; nowadays, it’s exploitation.”

Rule No. 1 in Roadkill is “all politicians want to become Prime Minister.” Until then, you’ll settle for Chancellor, Home Secretary, or Foreign Secretary. To get there, you must have an agenda. And, Peter Laurence’s plan to become Prime Minister has been in the making for decades. While seen as a man of the people, he’s made lots of enemies. The thrill of Roadkill is watching Laurence tiptoe through the landmines all around him, most of which he created. Brilliantly written, cast superbly, I give Roadkill 4.0 Gavels and it receives a 67% Rotten Tomatoes rating with a 6.7/10 IMDb score.

Transport Minister Peter Laurence commits perjury to win a 1.5 million pound libel suit against a journalist and her newspaper. Popular with the voters, Prime Minister Dawn Ellison promotes Peter. But, to his dismay, he only gets Justice Ministry. The Conservative Party owns the Law and Order platform. Yet, Laurence immediately announces that Britain will no longer be the “European champion of locking people up.” That stance looks hypocritical as the aforesaid newspaper publishes pictures of his wayward daughter using Coke. Also, how did the Prime Minister find out so quickly that Laurence has an illegitimate daughter in prison? Are his own barrister about to conspire against him?

Peter Laurence is the “charming” politician that seems to worm his way out of everything. He is reminiscent of Frank Underwood of House of Cards, though not as evil. Hugh Laurie plays him perfectly. Every bit his equal, Helen McCrory (Peaky Blinders, Quiz) seeks to “control” Peter’s ambitions. She makes a compelling Prime Minister. It’s a shame they don’t have more screen time together. Likewise, we haven’t seen enough of Shalom Brune-Franklin, as Peter’s hitherto unknown illegitimate daughter in prison, Rose. Actually, all three daughters give great performances. One daughter says to her father, “I grew up and you didn’t.” The other says “I know my father is a cheat and a liar, and I don’t want to inherit it.”

Don’t overlook the role of Charmian Pepper, the “hell hath no fury like a wronged reporter,” played by Sarah Greene. In tomorrow’s post, she gets top billing in Dublin Murders, another excellent show. With so many storylines, I’m keen to see how the writers tie it all up. Are the barristers really going to betray their client without consequences?

The Boston Globe writes “what Roadkill has to offer are a few standout performances, as Peter dodges fire from all sides. Laurie is, as is often the case, outstanding as a creep who gets by on his charm and/or brilliance.” The New Statesman crows “I am finding it utterly delicious, like a bowl of chili-infused olives that I cannot stop guzzling.” Guzzle away! This one is worth the calories!