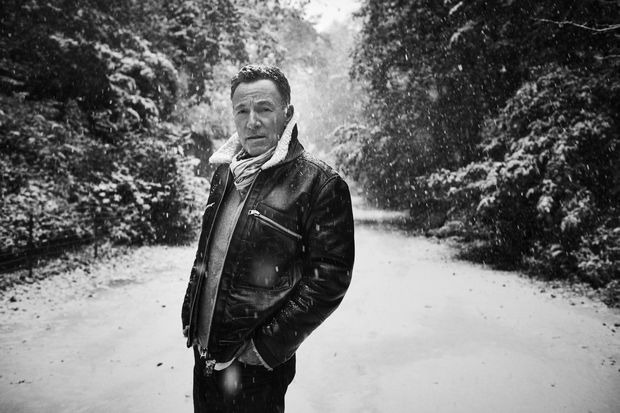 Still, there is much to like about Letter to You. You attend recording sessions where his new songs are played in full, not just a few bars. In 1972, Bob Dylan worried that a young Bruce Springsteen was using up all the words in the English language. That hasn’t changed. Springsteen is still the wordsmith. What is striking is that the songs are so pensive about aging and the end of life. Letter to You has all the feeling of a last goodbye. I give the film 3.5 Gavels and it receives a 93% Rotten Tomatoes rating with a 7.3/10 IMDb rating.

As we view a wintery New Jersey, Bruce Springsteen gathers the E Street Band to record their first new album since 2014. Paying homage to his band, the members “in absentia,” and his fans, Bruce lets us know that he is still driven to create. But, in doing so, he never forgets his audience. From the Castiles, his first band, to E Street, Springsteen is full of memories. Those, he shares with us in 12 songs, some new, some not-so-new. Sit back for a concert on your couch.

Bruce Springsteen introduces all the members of the E Street Band. Steven Van Zandt, Nils Lofgren, Patti Scialfa, and Gary Tallent are just a few. Like Springsteen, now 71, many are getting long in the tooth. Nevertheless, their musical skill still shines.

“I grieve at the thought of never again seeing those I’ve loved,” laments Springsteen. Letter to You reminds him that “once a Catholic, always a Catholic.” “Affected by the realization that the end of life may be near,” Letter to You may be too depressing for some. Yet, as a celebration of life, they will miss the point, and some darn good tunes.

Hollywood Reporter describes Letter to You “digging through its presentation to the narration’s content, fans will find some insight into a collection of songs that often deals straight-on with mortality and grief.” Mournfully, Springsteen ends with “I’ll see you in my dreams.” Let’s hope he sees us in-person, on-stage, real soon.

2 thoughts on “Bruce Springsteen’s Letter to You — 3.5 Gavels 96% Rotten Tomatoes”