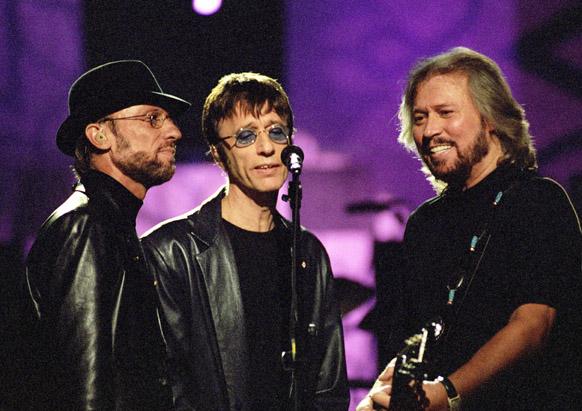 The Bee Gees‘ Hall of Fame citation says, “Only Elvis Presley, the Beatles, Michael Jackson, Garth Brooks and Paul McCartney have outsold the Bee Gees. So, How Deep is Your Love for the Bee Gees? When you sell over 120 million records, you get your own documentary. On December 12, HBO Max presents The Bee Gees: How Can You Mend a Broken Heart. With the Tragedy of two lost brothers, expect no Jive Talkin’ from Barry Gibbs. Like Bruce Springsteen’s Letter To You, this will be The Bee Gees’ I’ve Gotta Get a Message To You. If someone thinks I Started A Joke, I didn’t mean to, I just got Night Fever. Anyway, in two weeks, You Should Be Dancing!

Why would you want to kill the only woman on your planet?

To be released January 22, Chaos Walking finds Daisy Ridley crash landing near Prentisstown to find that she is the only female alive. Men are afflicted with The Noise, i.e., their thoughts are projected for all to see. Tom Holland fears his “disease” will kill her, like all the other women. The Mayor and his henchmen will kill her first, if given the chance. The two go on the run only to discover that all they know is wrong. The cast includes Mads Mikkelsen, Nick Jonas, and David Oyelowo. Based on a sci-fi trilogy, will we get a part two and three? If thoughts are read, what will they say?

HBO Max is the winner! Wonder Woman 1984 will be streamed on that platform on Christmas Day. There will we no need to go the the theaters. Initial reports seem to indicate no additional premium charge. That may be the biggest Xmas surprise of all.

What if four icons got together?

In Million Dollar Quartet, Johnny Cash, Elvis Presley, Jerry Lee Lewis, and Carl Perkins got together for one night for a sweet jam session. In One Night in Miami, the writer imagines Malcolm X, Muhammad Ali, Jim Brown, and Sam Cooke in the same hotel room in February 1964. It’s safe to assume they were not talking music. Notably, it receives a 97% Rotten Tomatoes rating. It looks like Regina King (If Beale Street Could Talk) has a critical success in her directorial debut. This one is available on Amazon Prime on January 15.

Reportedly, Spike Lee is making a musical about Viagra. Like Post-It Notes, Viagra is something of an accident. Intended to alleviate heart-related chest pains, the blue pill ended up with a, shall we say, more popular use. The story will be based upon the Esquire article All Rise: The Untold Story Of The Guys Who Launched Viagra. The kicker is the Empire quote “no idea on casting or a running time yet, but if it lasts longer than four hours, consult a doctor.

Typically, my last article of each Coffee has a business theme. Clearly, a Viagra musical is serious business. Until next week . . .