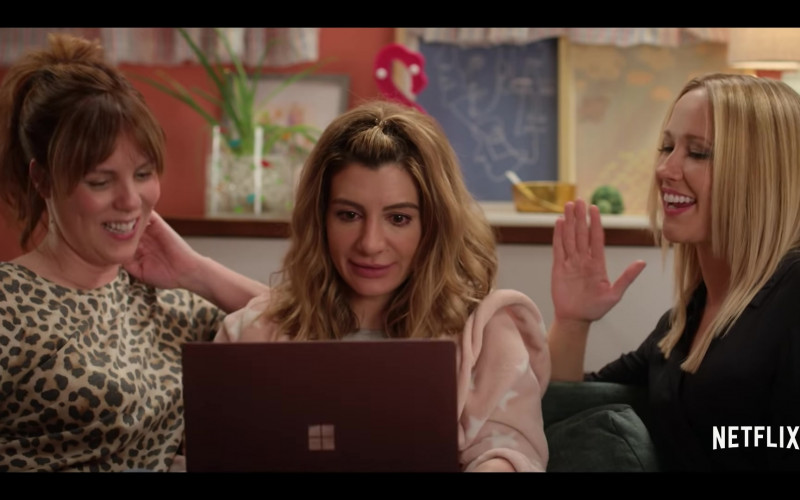 Let’s get this out of the way real quick. You must be VERY desperate to watch Desperados. For those who think that female comedy would be so much better if written by a female, Desperados proves that bad writing is bad writing, no matter the sex. Besides the usual lame hijinks of vomiting, dildos, and constant references to genitalia, this one sinks to a new low of sex with a dolphin. Bizarre is the word that fits, pretty much after cringeworthy. Throw in some pedophilia accusations and this one is only slightly better than The Wrong Missy. SNL gone amok, meet Desperados. I give this monstrosity .5 Gavels and it receives a 27% Rotten Tomatoes rating. Just out on Netflix, not enough time yet for the viewers to retch over this mess.

Wesley can’t get it together. She can’t get a job; her love life is non-existent. Striking out on a blind date, a nasty fall lands her in the arms of her dream man, as long as she pretends to be someone other than herself. After an intimate night, he fails to call her for five days. Drunk with her best friends Brooke and Kaylie, they decide Wesley should send him a really nasty email. Once sent, Wesley finds out that Jared was in an induced coma in Mexico and unable to call. So, the only course of action is a road trip to Los Cabos to delete the missive. What could go wrong? Remember that blind date? Sean just happens to be at the same resort? What a coincidence.

Nasim Pedrad returns to her SNL roots, not for the better, as Wesley. Poor Anna Camp (Brooke) just can’t get out of her Pitch Perfect stereotype blonde role, although I love the hat. Sarah Burns (Kaylie) adds little to the film, but it’s certainly not her fault. Only Lamorne Morris, as Sean, has any depth as a character.

There are those out there who would argue that Deperados is not that bad, merely silly. To the contrary, I contend it bottoms out at stupid. Sample dialogue: “We didn’t come this far to only come this far.” RogerEbert.com berates the film noting it to be “among the most abysmal romantic comedies that came out of this century.” The New York Post adds “Nothing is very funny in… Desperados, but plenty is yucky and/or moronic.” Many times we think a movie is ten or twenty minutes too long. This one is 105 minutes too long. Desperados is one bad hombre, only female.