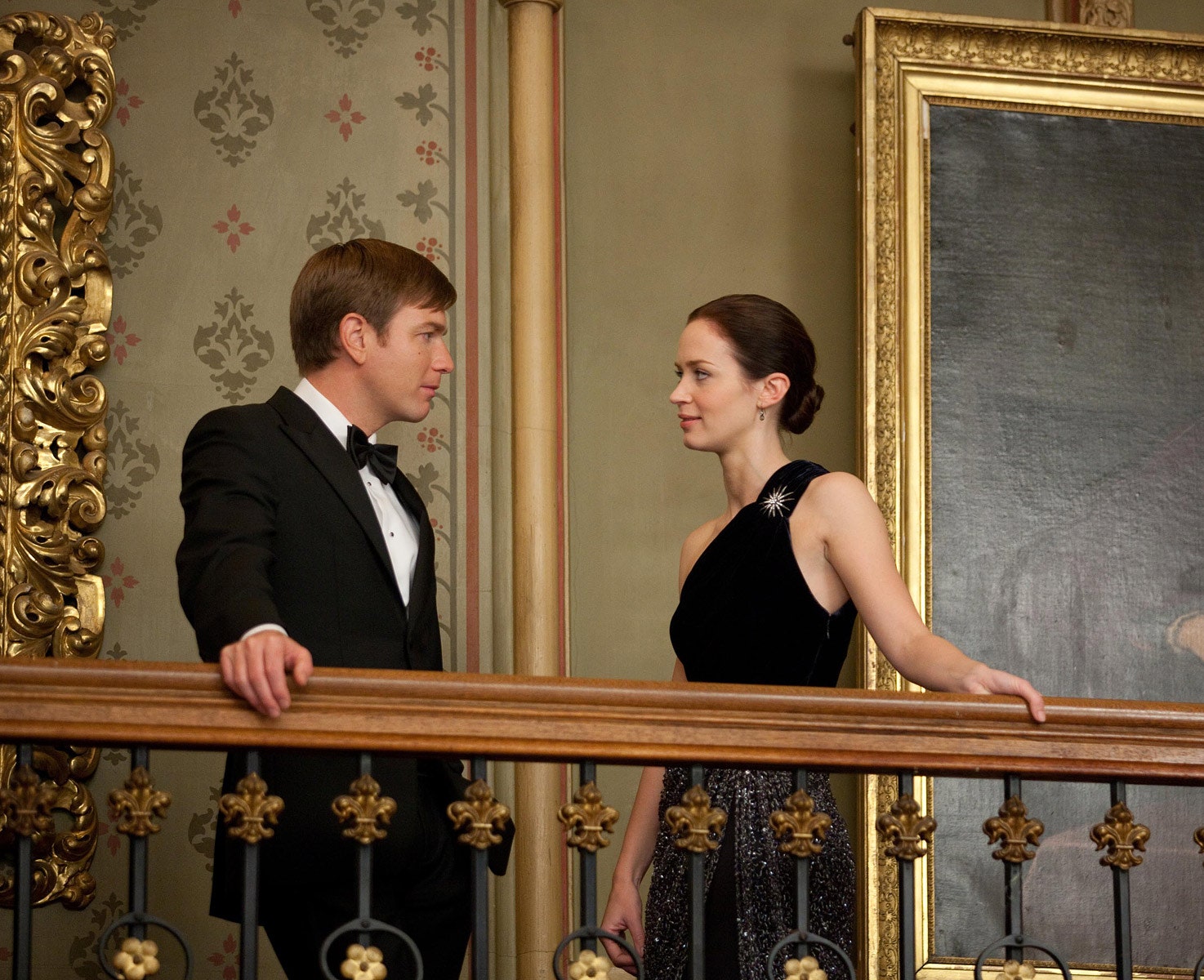 What is the allure of Salmon Fishing in the Yemen? Just how many movies have you seen where the tourist board of the starring country issues advisories that warn you not to come to their country for the reason depicted in the movie? This delightful little rom-com received three nominations for Golden Globe awards for best picture, best actor and best actress. But, Salmon Fishing in the Yemen is not merely a tale of love growing between Dr. Jones and Harriet, but it is more a story of faith. Will cold water fish survive in the deserts of Yemen? Will farm raised salmon run upstream to spawn? Will a Sheik be able to convince his countrymen that the future might look quite different, not necessarily for the worse?

Beautifully directed by Lasse Hallstrom (The Cider House Rules, The Hundred-Foot Journey), creatively written by Simon Beaufoy (Slumdog Millionaire), and wonderfully acted, this is as close as I can come to guaranteeing you a positive movie experience. I first saw it back in 2012, and the re-watch was even better than I remembered. I give Salmon Fishing in the Yemen 4.0 Gavels and it receives a 67% Rotten Tomatoes rating and a 64% Audience score.

The Sheik loves to salmon fish in Northern Scotland. His English financial advisor, Harriet, contacts the government for assistance in opening up a salmon run in Yemen. The fisheries expert, Alfred, tells anyone and everyone that it is a ludicrous idea. However, when press secretary, Patricia, needs a favorable Anglo-Arab yarn and finds out there are two million fly fishermen in Britain, the project becomes a priority. That the Sheik is willing to spend 50 million pounds doesn’t hurt, either. Against the backdrop of unrest in the Middle East, love is in the air.

Ewan McGregor (Christopher Robin) as Dr. Alfred Jones and Emily Blunt (Mary Poppins Returns) as Harriet Chetwoode-Talbot have great chemistry, both in love and laughter. Kristin Scott Thomas is a stitch as the cynical press secretary. Whether the portrayal is accurate or not, it is nice to see a sympathetic Arab leader on the screen. Amr Waked plays the Sheik.

The criticisms of Salmon Fishing in the Yemen relate to the inconsistencies with the book and the world. I can’t speak to the former, but what rom-com does depict the sinister aspects of man. The very essence of the film is to reflect faith, not so much in God, as in man. We can certainly use more of this type movie. The San Francisco Chronicle declares Salmon Fishing in the Yemen “makes use of pink-fleshed vertebrates as the inspiration for sweet romantic musings on love and life, faith and patience – and the courage to go against the flow.” The New York Post adds “Trust me: These are characters with whom it’s a pleasure to spend a couple of hours.” Don’t swim upstream; let the salmon do it for you. Wade into the river and let this little gem cool your jets.

2 thoughts on “Salmon Fishing in the Yemen 4.0 Gavels 67% Rotten Tomatoes”