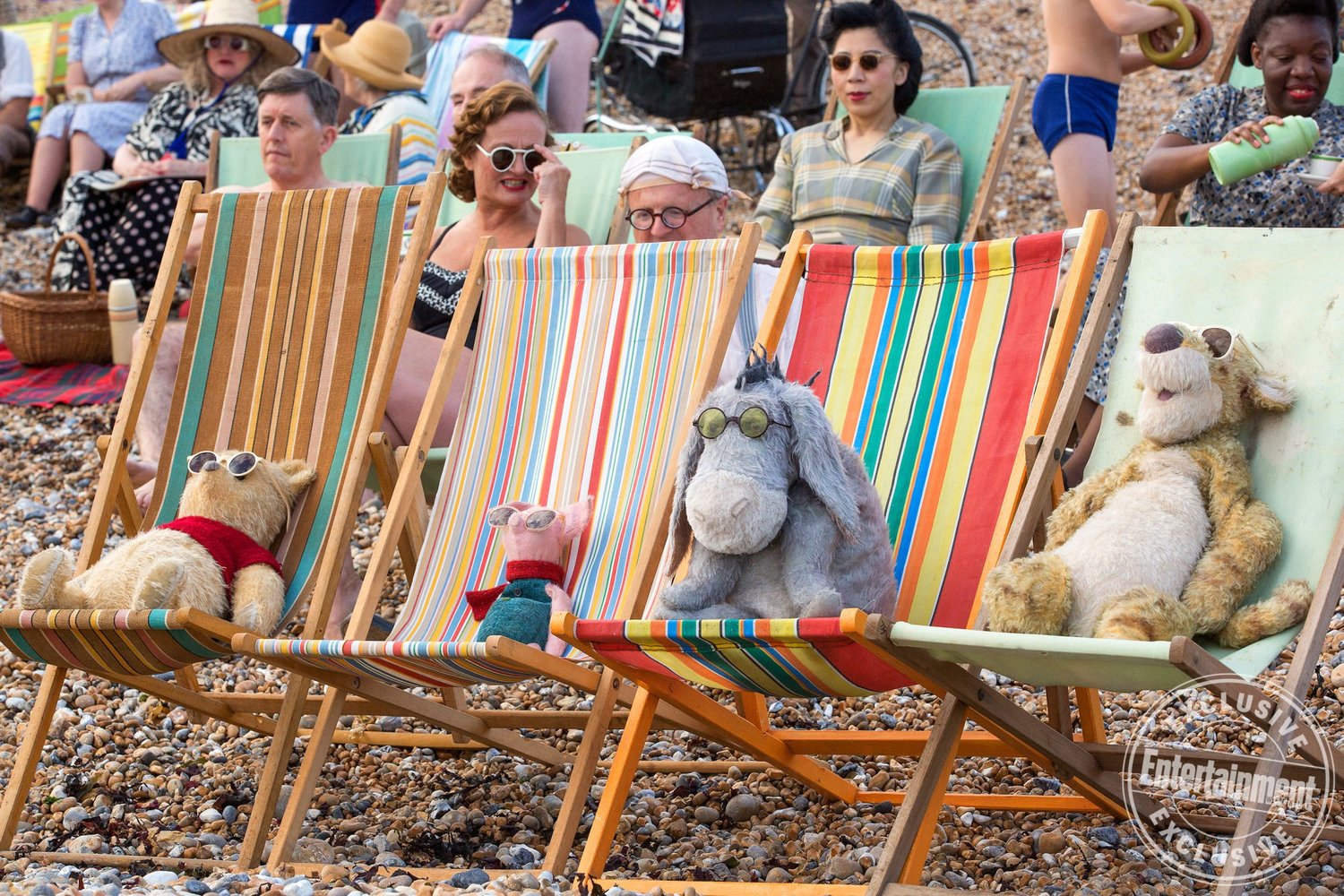 Sugary and sweet, sad and happy, Disney’s Christopher Robin seems authentic.   Unlike Goodbye Christopher Robin, it is not biographical.  In “Goodbye,” Christopher Robin was mainly a child trying to understand why the public was stealing his Pooh.  In this version, Pooh is trying to understand why he was left behind.   And, Pooh is ever so charming, saying such nonsensical things that just happen to make a lot of sense.  Oh, bother!  You can’t dislike this movie if you try.  The characters are wonderfully brought to life, and quite talkative.  As you will see, Pooh brings sunshine into your life, literally.  I give this movie four Gavels.  For some reason, there are only 3 reviews on Rotten Tomatoes.  Two are positive.

Christopher Robin is now married with a child, Madeline.   His “responsibilities” cause him to lose sight of his past and his present.   Work precludes a family weekend at the cottage.  In the meantime, Winnie-the-Pooh is also lost.  Pooh can’t find Tigger, Eeyore, Piglet, Roo and the rest of the crew.  There is only one thing to do.  Go to London and ask for Christopher Robin’s help.   Will Christopher Robin be happy to see Pooh?  Will he be able to get away from work?   What will the Londoners think of a talking bear?

Pooh still hungers for his honey.  Eeyore is still miserable.  Tigger is still bouncy.  Christopher Robin  knew that some day he would grow up.  In some way, all of us hunger for the days of our youth.  If not exactly to be young, just let us share our memories with our children, our grandchildren.   In films, Disney reminds us to share the gift of time with the youngsters.   It takes adult Christopher Robin a while to get there, but bring on the sunshine.  Most assuredly, The Hundred Acre Wood is happy to have him back.