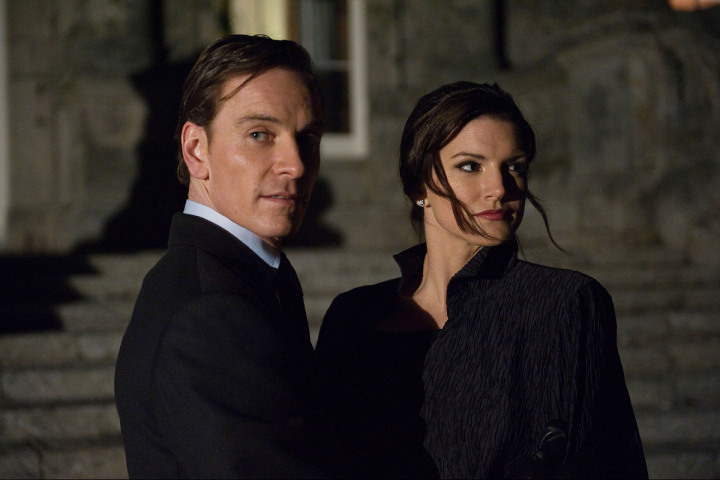 Something clearly went haywire with Haywire. Perhaps after paying Michael Fassbender, Michael Douglas, Ewan McGregor, Channing Tatum, Bill Paxton, and Antonio Banderas, our intrepid director Steven Soderbergh left no money for writers. For long periods of time, one imagines watching a silent film. Some wags may wish for it after listening to the scant dialogue. Or, perhaps it is trusting the film to a relative newcomer to the screen, one Gina Carano. It appears she had but one acting gig prior to this 2011 movie now on Netflix. As “the face of women’s MMA,” her fighting chops are top-notch, her acting chops less so. Somewhat surprisingly, the Rotten Tomatoes rating is 80%. I tend to agree with the Audience score of a poor 41% as Haywire earns only 2.5 Gavels.

Mallory Kane, trained by the CIA, now works for her ex-boyfriend, Kenneth, in a private agency. After rescuing a journalist in Barcelona, she is ready for a break. Kenneth convinces her that a job in Dublin is mere “babysitting.” But, when Mallory finds the journalist dead, and her partner attempts to kill her, she knows she can trust no one. Who wants her dead, and why?

Recently seen in Deadpool, Gina Carano is the assassin, Mallory Kane. Granted, these are fake fight scenes, but you can almost feel some of her kicks through the screen. The Atomic Blonde, Charlize Theron, could take some tips. Ewan McGregor has such a boyish look, very unspy-like, that it took some time for me to recognize him as Kenneth. Maybe he wishes to remain anonymous. In the film, Mallory Kane worries about being eye-candy. Fassbender, Douglas, Paxton, Tatum, and Bandersas, with small parts in a short 93 minute flick, are the eye-candy.

Reportedly, Carano’s voice was deepened in post-production. Apparently, we can’t have a squeaky voice for a kick-a__ killer. As one critic notes, at times, the plot is “convoluted.” And, that may be too kind. Earning $33 million on a budget of $23 million, my guess is that Haywire broke even after marketing and post-production costs. Everyone wants to make the next Bourne movie. This is not it! As I have already paired off John Wick, a pairing of Jason Bourne and Mallory Kane might not be such a bad idea. No one would dare to double-cross that couple!