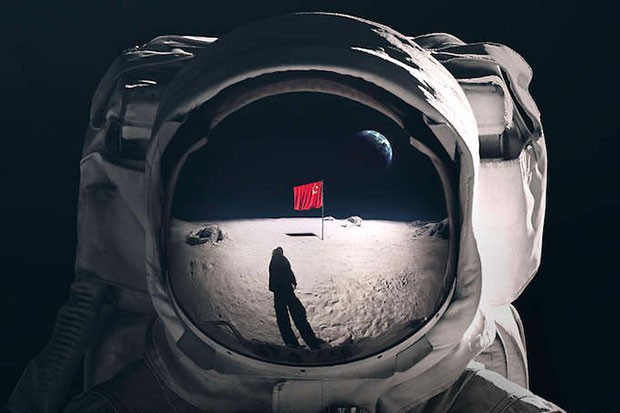 Did I suddenly strike it rich and decide to pay for Apple TV+? Nope, it was time to upgrade Mrs. TMJ’s IPhone and they give you a year free if you purchase any Apple device. Let’s just say that I appreciate knowing in advance that the 10-part For All Mankind series is all fantasy, similar to The Man In The High Castle (What if Germany and Japan won World War II?). So, what if the Russians were the first to the moon? I give the series 4 Gavels.

NASA is stunned that the Russians are the first on the moon. President Nixon and Congress are mad, so mad that Sen. Ted Kennedy cancels his trip to Chappaquiddick to begin congressional investigations. The U.S. worries that the Communists will be the first to build a lunar military base. As Houston races to catch up, Russia puts the first female on the moon. And, of course, NASA terminated its female astronaut training years before. Politics is about to rear its ugly head!

Joel Kinnaman (seen in Hanna TV series) plays Edward Baldwin, the astronaut on Apollo 10, so close to the moon and the first to touch the surface. Determined not to let the Russians win again, what risks will he take? Sonya Walger is Molly Cobb. Ignored after earlier Mercury training, will she get a second chance? Wrenn Schmidt (Margo Madison) is fantastic as the only NASA female engineer and protege of Wernher von Braun. Will the boys ever listen to her? Sarah Jones (Tracy) is just as good as the female half of the Stevens astronaut love-couple. Was she selected only because of her husband?

Once you get past the premise that somehow the Russians could land on the moon without the US knowing in advance, For All Mankind is great fun. One can easily imagine the paranoia of Richard Nixon and his gang in Washington D.C. Despite the above actor list, you’ll see all the real historical figures, Glenn, Armstrong, Aldrin, Collins, etc. Further, the movie doesn’t downplay the interventions from Washington, nor the obstacles of females getting to participate. As in all matters Cold War, distrust abounds; each side wants to convince others that their system is the best. When each side hurries, mistakes will happen, not always when and where expected. If you like Mercury, Gemini, and Apollo real-life stories, chances are this flight of fancy will grab you. Give this rocket a ride!.