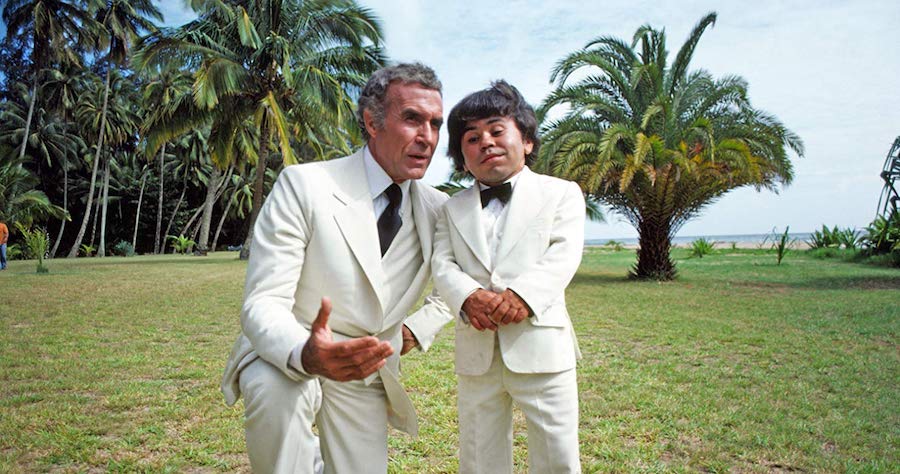 On Valentine’s Day 2020, we will be able to re-visit Fantasy Island. But, without Ricardo Montalban and Herve Villachaize will anyone care? Brought to you by the production company for Get Out and Happy Death Day, expect lots of folks to get their nightmares fulfilled. Michael Pena stars as Mr. Rourke; Lucy Hale gets her fantasy with, as always, unexpected results. Given the producers, it’s likely to be darker than the TV series. Not my cup of tea; let me know how it ends.

In Thursday Morning Coffee – 10/10/19, I first reported on 6 Underground. The teaser trailer does not disappoint. Irreverent as always, the Deadpool writers take us on a tour of Italy, sort of . . . Faking their deaths, Ryan and friends take down notorious criminals on December 13 on Netflix. As you will see, mayhem occurs.

In 2017, Reed Tucker wrote Slugfest: Inside The Epic, 50-Year Battle Between Marvel and DC. To avoid Millennials having fingers touch paper, The Russo Brothers (Avengers: Endgame) will make a series-documentary for Quibi (Quick Bites). Reportedly, the “competition” includes stealing ideas, poaching employees, planting spies, ripping off characters and launching price wars. Slugfest is set to appear April 6 for those of you who want your programming in 10 minutes or less per episode. Still, my guess is that this will be quite interesting.

While others produce sequels, Pixar does originals!

From the company that brought you Coco and Inside Out, Pixar now brings you Soul. Joe Gardner (Jamie Foxx) wants to be a Jazz musician but his life is cut short. So where does he go? His soul is transported to “You Seminar” to be re-programmed before placed into a newborn. Number 22 (Tina Fey) has been trapped in, and disillusioned by, events at You Seminar, but agrees to help Joe return to his former life. Set for release next June 19, without being restrained by the limits of the real world, this will be quite imaginative.

Are you a gamer?

Sony’s Uncharted has sold 41 million units. So, naturally it is prime for a movie. Nathan Drake, a treasure hunter, journeys across the world to uncover various historical mysteries. Tom Holland will star and will be mentored by Mark Wahlberg. Since Holland looks nothing like Drake, apparently this will be a younger version. What kind of mysteries will be solved? That is unclear but it seems that he will be required to use guns. After all, this is a shooter platform. Better get Tom to the shooting range! The release date is December 18, 2020.

Will we ever run out of comic book characters?

Did you know that Black Adam rates as the 16th Greatest Comic Book Villain of all time? Once a nemesis to Shazam, it seems that he is now reformed. The star, Dwayne Johnson, now describes him as “blessed with powers of Superman . . . who will always do right for the people.” Quite the transformation, wouldn’t you say? Anyway, The Rock has been on call to do this role since 2014 but his schedule is so busy that we must wait until December 2021.

Netflix offered Mo’Nique $500,000 to do a comedy special. That sounds like a lot of money to us non-comics. But, she is insulted and has sued for racial and gender discrimination. In the suit, Mo’Nique lists examples of what other comedians, were reportedly paid by Netflix: Jerry Seinfeld ($100 million), Eddie Murphy ($70 million), Dave Chappelle ($60 million), Chris Rock ($40 million), Ellen DeGeneres ($20 million), Jeff Dunham ($16.5 million) and Ricky Gervais ($40 million). Presumably, Netflix will point out that these were for multiple episode programming and include black and female comedians, but the large gap certainly grabs your attention. Notably, Mo’Nique also complained in 2015 that she was blackballed after her Oscar win for Precious because she was “difficult to work with.” Let the discovery begin. The emails between executives will be illuminating.