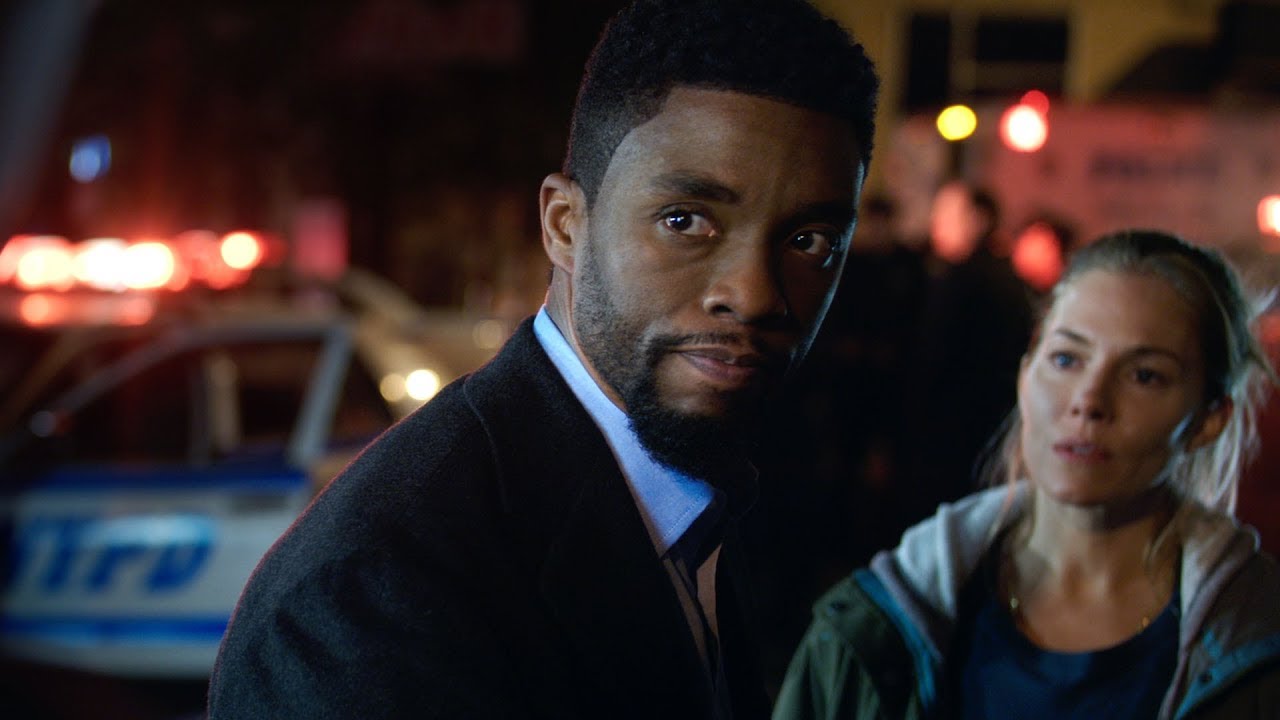 Oddly, 21 Bridges maintains intensity while still telegraphing its direction. The action rarely pauses which is good, but the police keep showing up when they shouldn’t. Why? Much of the problem is the time constraints that our hero must work under. Shutting down the island of Manhattan for even five hours to catch two cop-killers means everyone has to work too quickly, which sacrifices plausibility. Of course, the real problem is police corruption; the bad cops know who to eliminate before the detectives arrive. The best part of the film may be viewing the 21 Bridges surrounding the island, although they don’t get nearly enough screen time. I give the movie 3 Gavels and it receives a 45% Rotten Tomatoes rating with a very nice 91% Audience score.

Detective Andre Davis lost his policeman father, killed by three criminals. He is not afraid to pull the trigger, killing eight bad guys in the last 10 years, all justified. Small-time crooks Trujillo and Jackson are given a tip to steal drugs from wine establishment, but immediately recognize all is not as planned. To make their escape, they gun down eight cops. Captain McKenna demands that the killers face justice only at the end of of gun barrel.

Chadwick Boseman is Detective Davis, but the movie sheds little light on the character. We know the what, but not the why. The same might be said of Sienna Miller as a narcotics officer. As bad guys go, J. K. Simmons (Whiplash) can be one of the best. We learn more about his character, Captain McKenna, but Simmons performance seems uncharacteristically muted.

Several people told me that they saw the trailer for 21 Bridges way too many times. That’s what happens when a film is to open in July, then September, and finally November. Competing against Frozen 2 can’t be a recipe for success even thought they attract different audiences. The best that can be said for the film is that it would be a solid Netflix night, but also a flick soon forgotten. One critic writes that flick remind him of a “cheap Steven Seagal vehicle.” That pretty well sums it up.