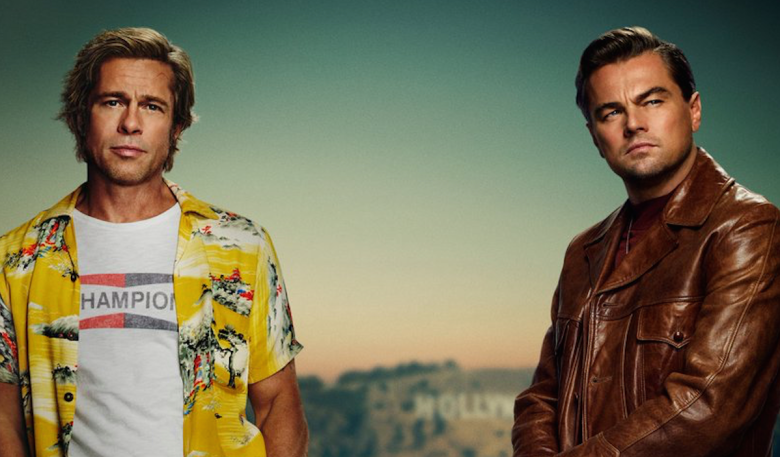 Quentin Tarantino says he want to create a visual and musical tribute to Hollywood of the late 60’s. That, he does in Once Upon A Time In . . . Hollywood, cramming references into every scene, including lots of smoking. But, with the title Once Upon A Time . . ., expect some fantasy. The Charles Manson “Helter Skelter” story is bizarre enough, without further “enhancements.” Further, because Tarantino is so busy recreating Hollywood, he loses all cohesion in his story. Leonardo DiCaprio, Brad Pitt, and Margot Robbie all have long scenes of nice, near solo, acting that do nothing to advance what little plot is present. It is easily 30 minutes too long. I give the movie 3 Gavels and it receives an 89% Rotten Tomatoes rating with an 86% Audience score.

Rick Dalton and his stunt double, Cliff Booth have worked together for most of a decade. His better days behind, Rick feels insulted to do Spaghetti-Westerns. Trouble seems to follow Cliff and, but for Rick, he would have little work. Next door to Rick live Roman Polanski and Sharon Tate, although they have never met. Driving through Hollywood, Cliff and Sharon both give rides to Manson’s cult members. Nothing good comes of these kind gestures.

Leonardo DiCaprio plays Rick, purportedly based on the life of Burt Reynolds. With the Westerns, he reminds me of more of Clint Eastwood. Brad Pitt is Cliff, based on stunt double and director Hal Needham. Tarantino seems to be fascinated with the legs and white boots of Margot Robbie who portrays Sharon Tate. All are excellent filling screen time, yet many times you feel they are improvising. There are a host of other good actors, for example Bruce Dern and Al Pacino, but they add nothing.

Granted, Quentin Tarantino is an acquired taste, a taste I have yet to acquire. Why create an alternate universe when you so diligently reproduce America of that time period? One critic says “it’s the do-nothing, go-nowhere moments that make Once Upon a Time such a treat.” Sorry, I prefer “do-something, go-somewhere moments.” Otherwise, I tend to nap. Another critic uses the terms “distracted” and “meandering.” Now, those you can sink your teeth into. Notably, this is the only major movie release this weekend. But, at a cost of $90 million, the projected take of $30-$40 million over the next 3 days is not good. Will China be interested in a new take on Manson? I’m glad I’m not the one to explain the ending to them!