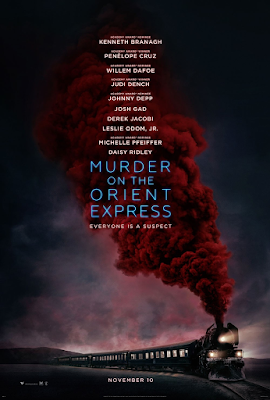 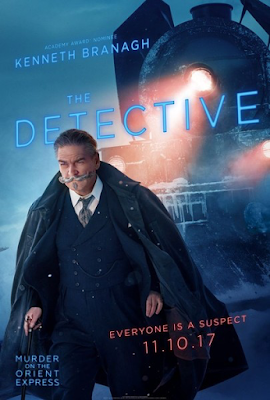 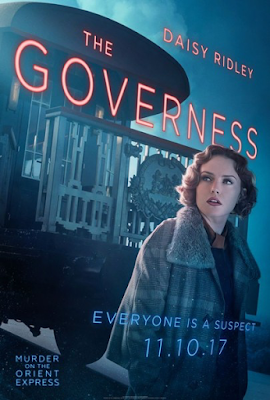 Beautifully filmed and wonderfully acted, Murder on the Orient Express is a visual delight.  But, and there is always a but, if the film made no changes from the original, I am not sure why you would want to see this re-make.  The murderer is so memorable that you are not likely to forget whodunit.  For all the talk about a great murder mystery, I was able to figure it out about halfway in, not as long as it takes me for some TV shows.  And, I thought the Lindbergh kidnapping similarities were distracting.

Hercule Poirot, the self-proclaimed greatest detective alive, is offered a break from his profession with a ride on the Orient Express across Europe on his way to London.  A wealthy American businessman tries to hire Poirot to protect him.  Poirot refuses.  That night, an avalanche stalls the train and a murder is discovered.  Poirot is persuaded to investigate, and all the passengers have secrets and lies and alibis.

Kenneth Branagh is Hercule Poirot and his performance is worthy of an Oscar nomination, perhaps partially due to the fact that he is also the director.  Johnny Depp is excellent as the smarmy businessman; Josh Gad is underrated as his clerk and Derek Jacobi needed a bigger part as his valet.  Daisy Ridley is the governess, Penelope Cruz the missionary, Judi Dench the princess, Willem Dafoe the professor, and Leslie Odom Jr. the doctor.  This is an all star cast, but the best of the lot was Michelle Pfeiffer as the widow.  Of course, as with all ensemble casts, there is never enough screen time for everyone and this movie suffers the same affliction.

Overall, I was disappointed in the movie.  The production quality was first rate but I am not sure that this 1934 mystery carries over to 2017 that well.  My guess is that the book does a better job as your imagination can run wild.  If interested, this might be one to add to your list for later this winter, the admission and popcorn will be cheaper.  In most murders on trains, the movement along the tracks helps build the suspense.  Here, the lack of suspense is “fatal.”  Don’t “kill” the messenger, I was just along for the ride until the Express slowed to a halt.  Bottom line, this is an average Murder, maybe a manslaughter, at best.

4 thoughts on “Murder on the Orient Express — 3.5 Gavels 58% Rotten Tomatoes”