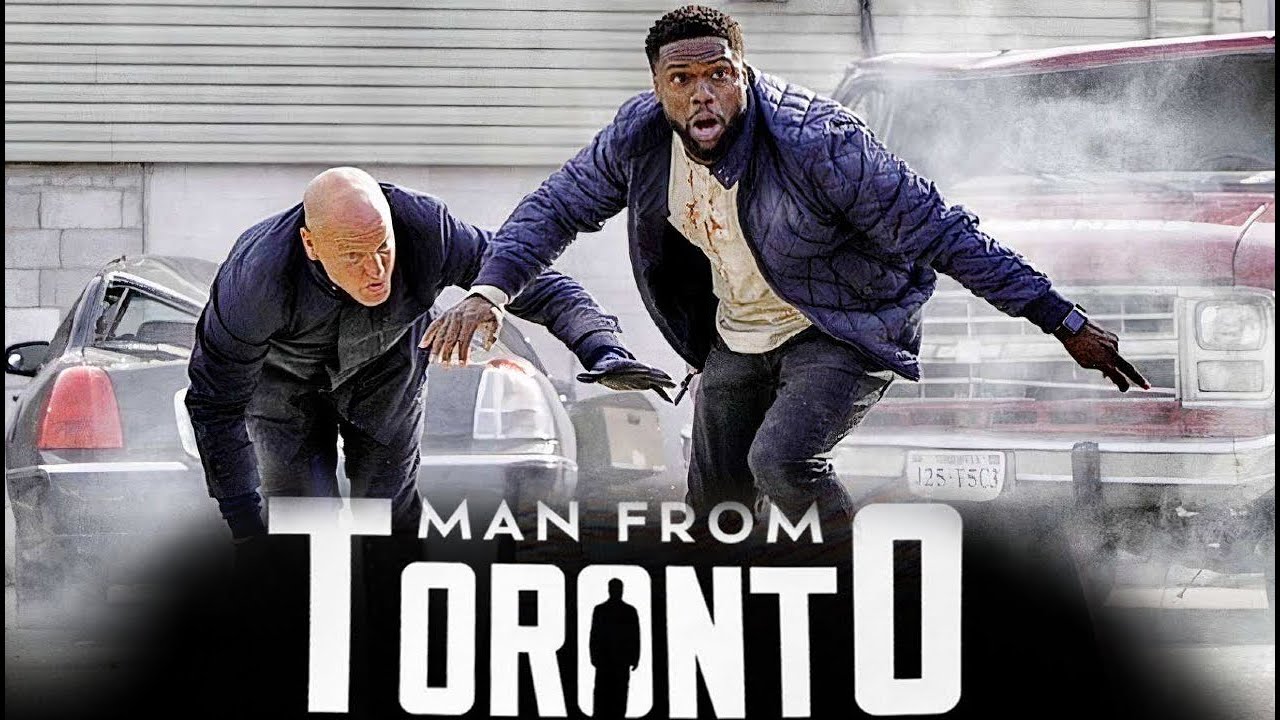 Without question, The Man from Toronto is an embarrassment to the Canadian city. The film was clearly written with Jason Statham in mind. When he pulled out, so did any chance of the movie’s success. Bless his Lebanon, Ohio upbringing, Woody Harrelson (Venom 2) did his best to emulate Statham, without success. Harrelson, as The Man from Toronto, never quite finds the balance between feared and funny. It’s not that I think he can’t do it, but the magic didn’t happen in this Netflix bomb.

Upfront I will warn you that The Man from Toronto gets but a 24% Rotten Tomatoes rating and a poor 5.7/10 IMDb score. Why did I watch it? Besides Harrelson, you get the usually funny Kevin Hart, the kooky Kaley Cuoco, and the eminently watchable Ellen Barkin. How bad could it be? Pretty bad. The plot makes little sense, the action scenes ignominious, and the dialogue poor. Directed by the man who gives us Hitman’s Bodyguard 1 & 2, the viewer gets a couple of nice explosions. And that’s about it. Let’s say that Netflix didn’t get a lot for their $75 million budget. Because of the stars, it will get a lot of looks, if not a lot of gavels. I give The Man from Toronto 2.0 Gavels.

Teddy Jackson is such a screw up that those who know him refer to any mistake as “you Teddied it.” A wannabe entrepreneur, he’s tried Teddybands, Teddyburn, Teddybar, and the latest Teddybox, the latter non-contact boxing. To prove his worth on his wife’s birthday, he rents an Airbnb for a romantic evening. He arrives at the wrong address where the occupant believes him to be The Man from Toronto, an assassin hired to extract information from a kidnapped subject. The real Man from Toronto is not pleased that someone stepped on his turf, but needs to keep Teddy alive until the job is complete. Before long, they will need each other.

Kevin Hart (Jumanji) plays this same character (Teddy) over and over. Frankly, it’s getting a bit stale. He can be very funny but we’ve seen it all before. I have no idea what they paid Kaley Cuoco (The Flight Attendant) but she gets little screen time as Harrison’s girlfriend. The same is true of Ellen Barkin as The Handler. Still, she looking good at age 68.

Anne (Kaley Cuoco) describes The Man from Toronto as “tall, dark and scary.” Harrelson is not exactly a giant at 5’10” to her 5’6″, but he may be a gigantic to Hart’s 5’2″. Granted, the film is to be a farce, but it would have to climb up several steps to reach that height.

“You know a film’s in trouble when it can’t be saved by a rocket launcher-toting Ellen Barkin.” RogerEbert.com

“When someone drops the ball, makes a mistake or otherwise blunders something, they’ve Teddied it. In that regard, The Man From Toronto Teddys it. Big time.” Detroit News

“Harrelson is as effective a foil here as he is a credible Canadian, which is to say, not at all.” AV Club