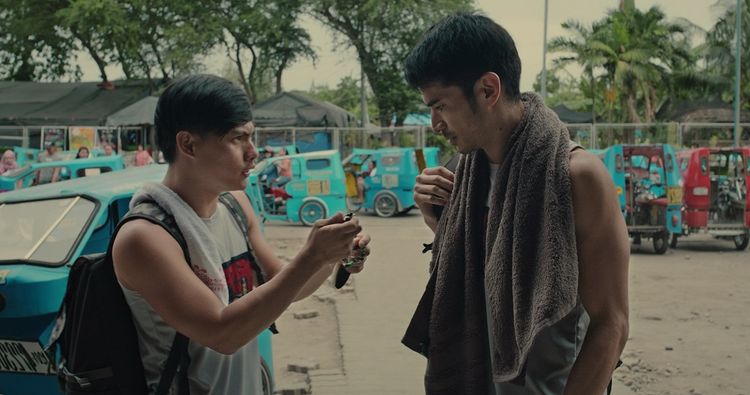 If you expect a Rocky-type boxing story in Gensan Punch, you will be greatly disappointed. Filmed in near documentary style, it is more a story of an ordinary man doing the extraordinary while the director makes it look ordinary. Does that make sense? Listed as a must-watch movie of the week, modest as ever, even Nao Tsuyama wonders why his life is on-screen despite having “no belts or outstanding achievement to speak of.” Yet, the celebration is that he is the only Japanese boxer with a prosthetic leg to obtain a professional license, albeit not in Japan.

Like Pachinko and Tokyo Vice, Gensan Punch immerses you in the culture of a foreign land, this time the Philippines. Though training at the Hiranaka Boxing School, the Japan Boxing Commission denies Nao a pro license due to his physical condition. Ironically, they advise him that he might stand a chance abroad. Off Nao goes, some 2000 miles south to General Santos City, the southernmost city in the Philippines. Welcome to the GenSan Boxing Club and completely different customs and lifestyle. Still, he needs a professional boxing license. To get one, he must have a birth certificate, a medical certificate, and win three consecutive amateur fights. Gensan Punch is the story of his journey, nearly two hours long, on HBO Max. I give the film 2.5 Gavels and it receives a 5.2/10 IMDb score.

Abandoned by his father as child, then later suffering an accident causing the loss of his right leg below the knee, Nao possesses the steely determination to succeed. The boxing family at Gensan Punch greets him with open arms, each fighter supporting the other with an easy camaraderie. After winning his first two fights, trainer Rudy offers to rig the third to insure Nao gets his license. Nao refuses. He wants to earn his license. Are under the table payments the way of boxing in the Philippines? Do gamblers have young kids fight for money?

Filmed in a “minimalist” style, Gensan Punch uses little dialogue, and even less background. The film opens with a boxer with a prosthetic leg and a belt mentoring, or at least encouraging, Nao on his quest. Apparently, he was not a pro, but we never see, nor hear, from him again. Nao and the daughter of the owner of the boxing school appear to grow close, but that relationship, if any, is not disclosed. Nao spends years as a boxer in the Philippines, but the film abruptly ends shortly after he obtains his license. Even if he didn’t win a belt, presumably he earned a living?

While the director of Gensan Punch alleges he does not focus on the technicalities of boxing, I beg to differ. Training and boxing matches are 75% of the film. Truthfully, it drags. The land of Manny Pacquiao is boxing crazy. The viewer sees that. Regrettably, we don’t learn enough about Nao.

“Gensan lands solid punches for the rights of disabled athletes and excels with its depiction of rigorous training and fierce combat. But we learn very little about the fighter’s life when he’s not wearing gloves.” Variety

“Nao, it is soon established, is an honorable man and a proud one who is sensitive to the needs of others. But that’s about all we know — there’s a stiffness and restraint in Shogen’s performance which draws a veil over the man behind the boxing aspirations.” ScreenDaily.com

If you watch Gensan Punch, you will come away with the feeling that there is a much better story still untold.