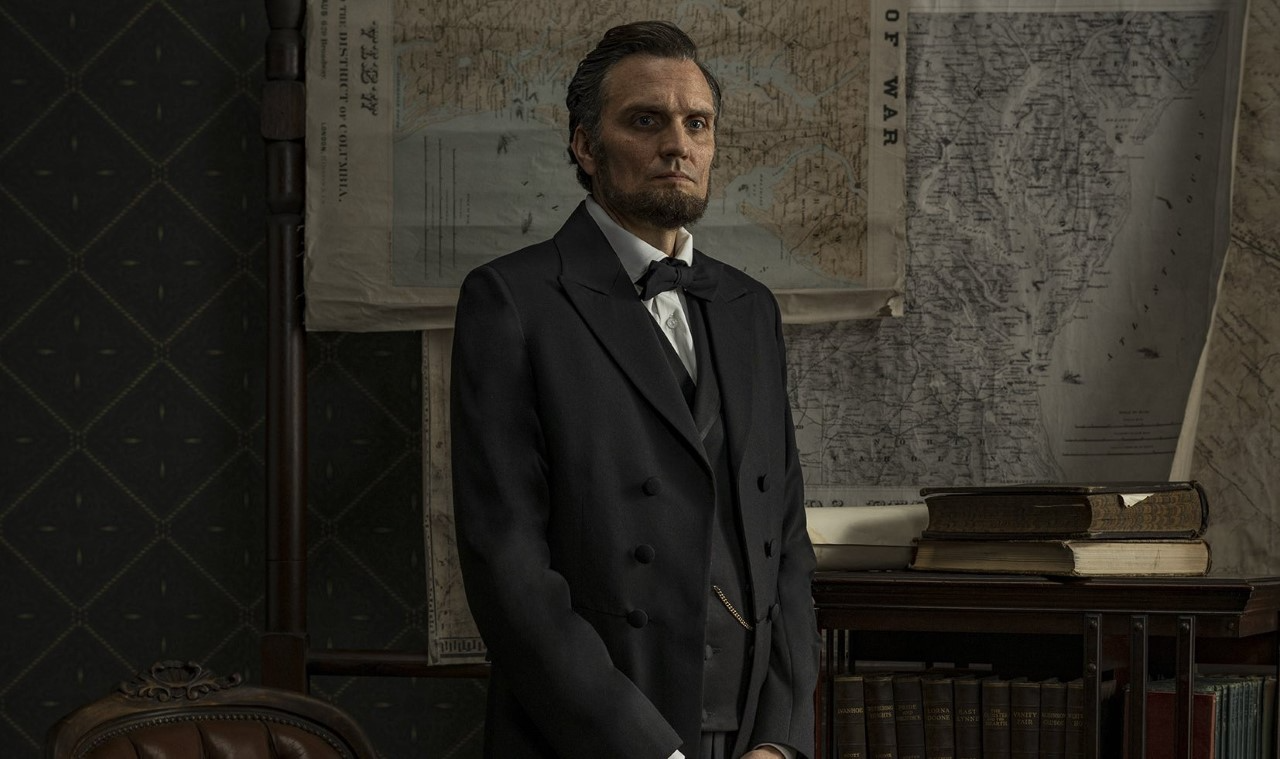 Like Grant before it, I asked what more can the History Channel tell me about Lincoln? It seems quite a bit, and I’ve just finished the first of three consecutive nightly episodes. By the response to my Grant column, I know that you want quality TV and many of you are history buffs. Then, immediately set your TV to record. Do not be put off by the 150 minute episode length because commercials abound and you can zip right past them. Instead, listen to Mary Todd as she tells her not-so-soon-to-be husband, “it’s not your dancing skills I’m interested in.”

On a more serious note, Lincoln begins as he travels incognito to Washington D.C. for his inauguration. Death threats necessitated avoiding the states of Kentucky and Virginia. Baltimore might prove just as dangerous but for the infiltration of an assassination group by Allan Pinkerton. Born in 1809, Lincoln flashbacks to his mother’s death in 1818. Cruelly, his father soon abandons Abe and his eleven year old sister for months while he searches for a “replacement wife.” Somehow, they survived and step-mother Sarah Burns Johnson brought books into his life, although she could not read. Self-taught to read, Lincoln now has the tools to fuel his intellect. He still has a long, long road to the Presidency. I give Lincoln 4.5 Gavels and it receive an early 7.6/10 IMDb score.

Episode One of the docudrama takes the viewer through the days immediately after the attack on Fort Sumter. What if Maryland decides to secede, a distinct possibility? Washington D.C. would be an island. Would Europe view a blockade of the South as an act of war? “We are at war,” bellows our President. Episode Three brings Grant, the general who can end this madness once and for all. Lincoln plans for the aftermath. In the middle, Episode Two explores the early difficulties of the new Commander-in-Chief including suspending the right of habeas corpus.

Fittingly, the producers selected a man from Illinois to play Lincoln. Graham Sibley (Bosch) gets the nod and possesses the necessary charisma to pull it off. As Mary Todd, Jenny Stead is much more lively and upbeat than expected although we are very early on. Expect lots of historians to offer comment including the ubiquitous Doris Kearns Goodwin plus former President Obama.

Lincoln first saw slavery up close in New Orleans after hired to work on a flatboat from Illinois. The owner later hired him to work as a clerk in his grocery store. Mentor John Stewart advised Abe to study the law, then later asked him to be his partner. One term in the U.S. House of Representatives did not end well when Lincoln criticized the popular Mexican War and President Polk. Originally a member of the Whig party, Lincoln helps found the Republican Party in Illinois. I noted that Grant was perhaps the most unlikely President ever. One could easily put Lincoln in that same position.

“Where this series shines is some of the details it gives about how he got the nomination, where he started with a surprisingly high number of delegates at the Republican National Convention and then slowly got the required votes via multiple rounds of voting, thanks to some horse trading by his representatives. It also pointed out how he put each of his election rivals in his cabinet, knowing that he wanted experts in their fields who won’t be yes men.” Decider

On February 18th, AppleTV+ dropped a four-part series called Lincoln’s Dilemma. It has an early 5.7/10 IMDb score. Decider indicates it takes a more critical look at Lincoln. Whatever the case, it appears you can gorge yourself on all things Lincoln this week.