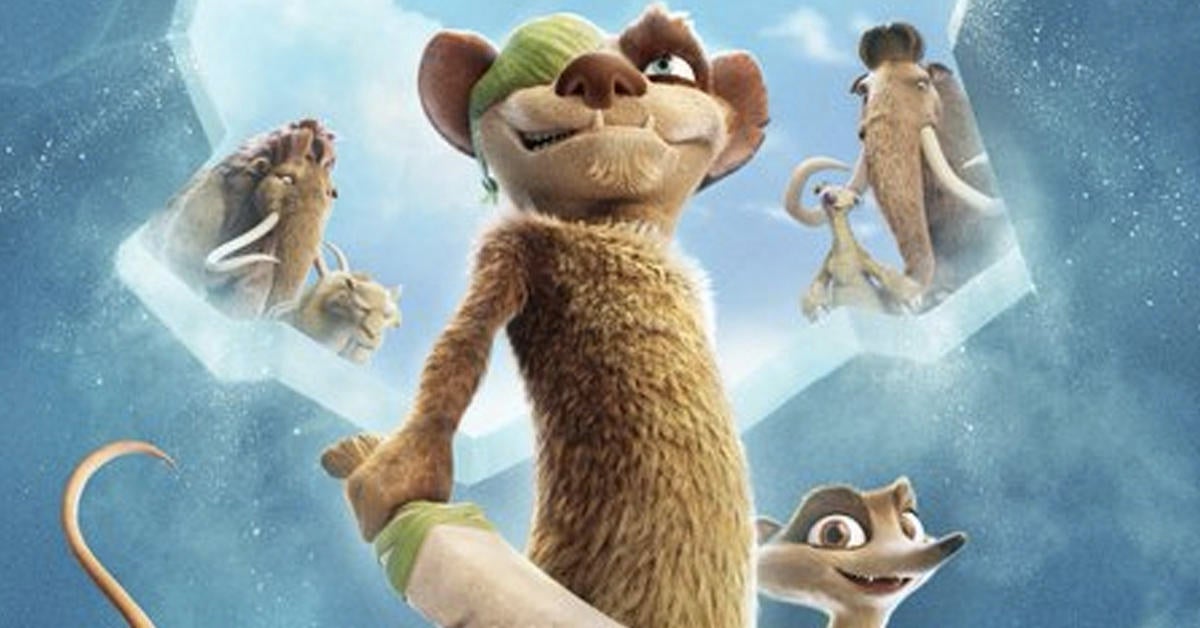 After five Ice Age films and multiple spin-offs, Disney+ launches The Ice Age Adventures of Buck Wild aka Ice Age 2022. Eliminate Scrat and Peaches, use replacement Manny, Diego, Sid, and Ellie, provide a lackluster plot, and you get a poor substitute for its predecessors. It’s not that it’s that bad, youngsters will be amused, but Ice Age 2022 pales by comparison. One-eyed Buck Weasel, the Wizard of Weasels is just not that interesting. The writers try to spice him up with Zee, a zorilla, but he needs more help. What’s a zorilla, you ask? A skunk with a shorter tail. Like Ice Age 2022, she’s somewhat of a stinker.

Are Crash and Eddie the stupidest possums ever? “What they lack in intelligence, they make up for in bumbling ineptitude.” But they are drawn to the flash, dash, and danger of Buck Wild. Where do you find Buck Wild? Despite the admonition to stay away from The Lost World, Crash and Eddie find him under the ice about to confront Orson, a power-crazed protoceratops, who intends to rule the Lost World. It seems Crash and Eddie arrived at a bad time. Colorful as ever, it also seems Disney tried to save a few bucks on this one. Ice Age 2022 might be acceptable for its streaming service, but don’t try to foist this one onto the big screen. I give the 82 minute film 2.5 Gavels and it receives a 25% Rotten Tomatoes rating with a poor 4.3/10 IMDb score.

Ellie, Manny’s wooly mammoth wife, paints the herd history on the walls of nearby caves. She’s quite protective of her possum “brothers,” Crash and Eddie, since their mother raised her as a youngster. Even though the mischievous pair cause an ice-alanche which destroys their summer home, she would never ask them to leave. Manny feels differently. “Feeling smothered by reasonable advice,” Crash and Eddie set off to find their hero, Buck Wild. It won’t be long until they are running from the raptors.

The only actor to return is Simon Pegg (Mission: Impossible – Fallout), voice of Buck Wild. Ray Romano should probably sue as Sean Kenin Elias-Reyes imitates his voice as Manny. Recently seen as a singing bust in Muppets Haunted Mansion, Justina Machado voices Zee. One might quip that she was a bust and is now in a bust.

Ice Age 2022 ends with a nice family reunion and the send-off that “you’re a part of a herd even when you’re apart from it.” Beyond that, our twin brothers, least likely to survive, find their “spleen” and help defeat the evil Orson. And that’s about as good as it gets. The short running time and the January release are indicators that even Disney didn’t expect much.

“It’s the film equivalent of an ice cream cone that’s fallen onto the sidewalk and you’re watching it melting into the gutter.” FilmWeek (KPCC – NPR Los Angeles)

“This one should’ve remained on ice.” Variety

Short, sweet, and succinct. Why didn’t I think of that?