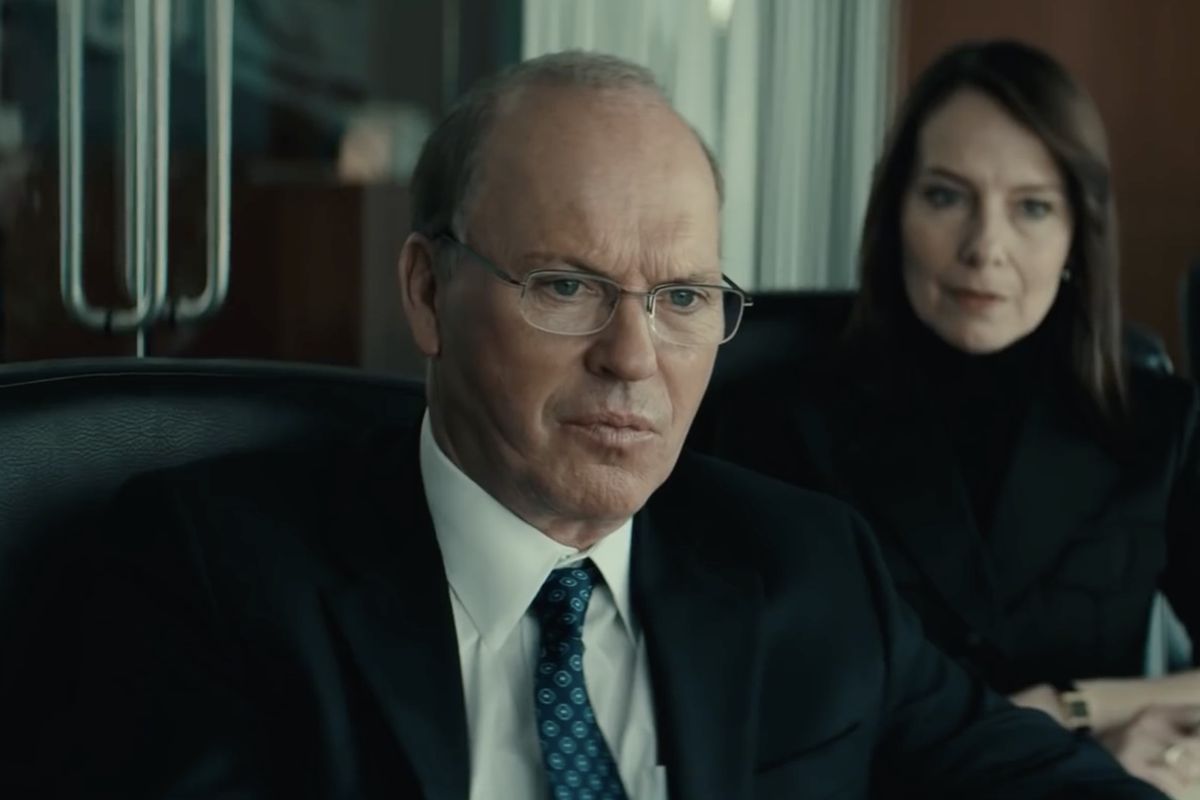 What is a life Worth? Emotionally gripping and intellectually stimulating, Worth opens with a mother who lost her son on 9/11. “I’m angry! I’m angry with God! I’m angry with my country for letting this happen! We don’t even have a body. How do you calculate that?” Authorized by Congress immediately after 9/11, Congress worries that a series of lawsuits against the airlines and other entities will cripple the economy. Congress grants broad powers to a special master to determine the amount of compensation and to speed up payments to victims and their survivors. What’s the catch? Eighty percent of all victims must agree to his methodology and sign up by 12/24/03, or it all falls through.

Who’s going to do “the vulgar work of putting numbers on a check?” Since no one wants the job, it narrows down the options. Kenneth Feinberg volunteers, without pay. As in most films based on true stories, Worth takes its fair share of liberties (History vs Hollywood, Slate). My complaint is that I wanted to see more of the nuts and bolts of how he determined the value of a CEO vis-a-vis a janitor. Some wanted them to be paid the same. Some wanted no upper caps on the amount paid. No one was going to be happy. And, Worth is at its best as it portrays the pain of loss, rather than the value of loss. Try as he might, Feinberg, like the viewer, can not remain above the emotional fray. I give Worth 4.0 Gavels and it receives a 78% Rotten Tomatoes rating with a 6.7/10 IMDb score.

The Airline Transportation Safety and Stabilization Act requires special master Kenneth Feinberg to establish the economic value of those with a loss. Using actuarial tables, Feinberg establishes a formula. At a hostile meeting with victims’ families, Feinberg shows little compassion. Temporarily, Charles Wolf quells the uprising, despite the loss of his wife on 9/11. Sensing a helpful voice, Feinstein errs again. “Everything about the formula offends me. I’m your harshest critic.” Fix The Fund is born. Feinstein is off to a terrible start.

As an out-of-touch lawyer, Michael Keaton (Trial of the Chicago 7) thrives in roles like Kenneth Feinberg. Charles Wolf, played by Stanley Tucci (Jolt), comes off much better in comparison. Despite their differences, Wolf never comes off condescending. Feinstein believes “fair doesn’t exist.” Wolf understands that money is secondary to dignity. In the running for the longest name at birth, Amy Beth Dziewiontkowski, nka Amy Ryan (Only Murders in the Building), is Camille Biros, partner and deputy special master. Sadly, her part mainly consists of scrunching her face when Feinstein makes mistake after mistake.

Eventually 97% of those in the “class” accepted payments of over $7 billion. Later, the fund gets re-authorized two more times to pay those suffering long-term effects. By that time, Feinstein and Biros assist payouts in such cases as the Boston Bomber, the Penn State abuse, and Catholic Church abuse scandals, among many others. The metamorphosis of Feinstein during the 9/11 victim compensation ordeal makes for compelling viewing.

“Worth is a powerful drama that engages with profound philosophical ideas while being rooted in recognizably human emotions.” Newsday

“Worth finds its ultimate value in accepting what the film, and we, cannot ever determine for certain.” Vanity Fair

Ultimately, Worth is worth your time on this 20th anniversary of 9/11. There are no answers; there are no winners. As a country, we’ve move on. Hopefully, we haven’t forgotten.