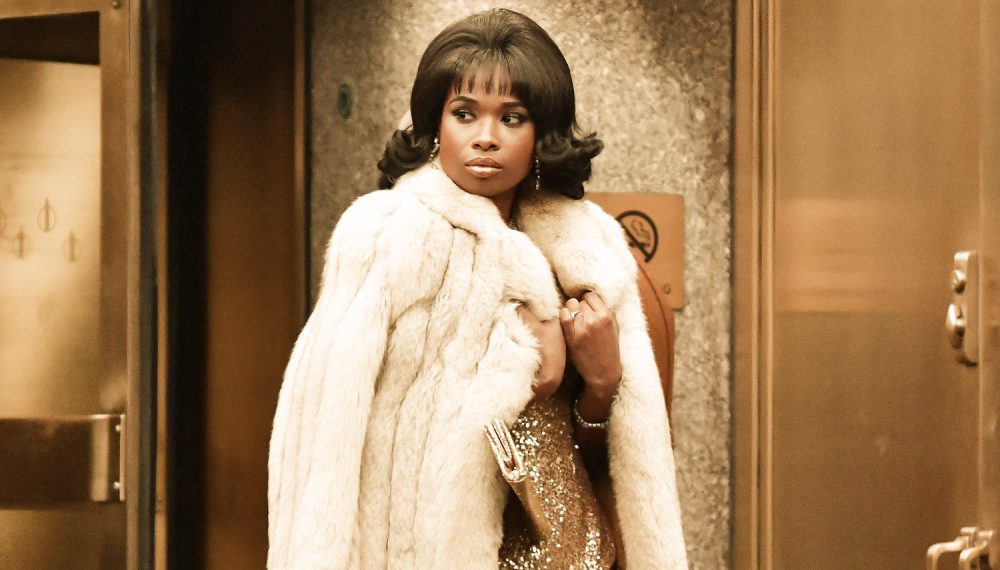 Sixties music aficionados, smugly confident that theirs is without peer, count Respect as one of the many reasons. Despite it originally being an Otis Redding song, Aretha Franklin’s version garners her two Grammys in 1968. The Queen of Soul is well on her way to eighteen Grammys and 75 million records sold. Respect provides a glimpse of her life from age 10 to age 30. Unless you are a music junkie, it’s not what you might expect. Did you know she gave birth to two children before she was sixteen? History vs Hollywood also notes that her father, respected minister and mentor to Martin Luther King, preyed on pre-teen congregants, impregnating one of them. Respect covers the former, ignores the latter.

Overcoming child abuse, a controlling father, and an abusive husband makes Respect a tough film to watch in the first hour. The last hour and twenty-five minutes brings songs A Natural Woman, Think, and Chain of Fools, among others. Agonizingly, it also brings alcoholism. So, definitely come for the music, but beware this is not a hagiography. Aretha grew up in a well-to-do household surrounded by Black icons of the day. Hers, though, is not a story of a privileged child destined to make good. Like the Civil Rights movement of her day, it is a story of overcoming the obstacles placed in her way. Dynamic vocal performances outweigh the tone and length of the film. I give Respect 3.5 Gavels and it receives a 63% Rotten Tomatoes rating with an early 94% Audience score.

At age 10, Aretha knows her voice is a gift and enjoys singing for friends and at church. Her demeanor changes dramatically after an attack by one of those “friends.” Her father demands that she carry on. His rules eventually force her into the arms of Ted White, well known as a pimp. Nine albums for Columbia Records fail to produce a hit. A move to Atlantic Records at age 24 introduces her to Jerry Wexler. He sends her to Muscle Shoals, Alabama where she collaborates with “White Cracker” musicians. In a most unlikely manner, a song hits the charts. This is her first step to Respect, in more ways than one.

In an absolutely powerhouse performance, Jennifer Hudson (Cats) is Aretha. She replicates her Dreamgirls (2006) performance. Does Forest Whitaker (Black Panther) ever give a bad performance? As Aretha’s father, you won’t like his character, but he’s always eminently watchable. Unfamiliar with the work of Mark Maron (Spenser Confidential), he stamps his personality onto the film in a big way as Jerry Wexler. I definitely want to see more of him.

Mostly, Respect is truthful to the life of Aretha Franklin although the order of events may differ. It’s nice to see Audra McDonald (Aretha’s mother) get a little love, a little Respect if you will, outside of Broadway. No one has more Tony Awards than Audra.

“This by-the-numbers Aretha Franklin biopic is all about Jennifer Hudson doing Aretha proud. And does she ever. As the legendary Queen of Soul, Hudson does not, will not, cannot hit a wrong note, making ‘Respect‘ a tribute to both their radiant talents.” ABC News

“Hudson is the perfect choice to live Aretha Franklin’s story with powerful acting and vocals that sound authentic but not copied.” Chicago Sun-Times

A significant number of Top Critics fail to give this film any Respect. The word “cliche” gets mentioned numerous times. Nothing about Aretha’s life seems cliched. She is one of a kind, even if the movie is not.