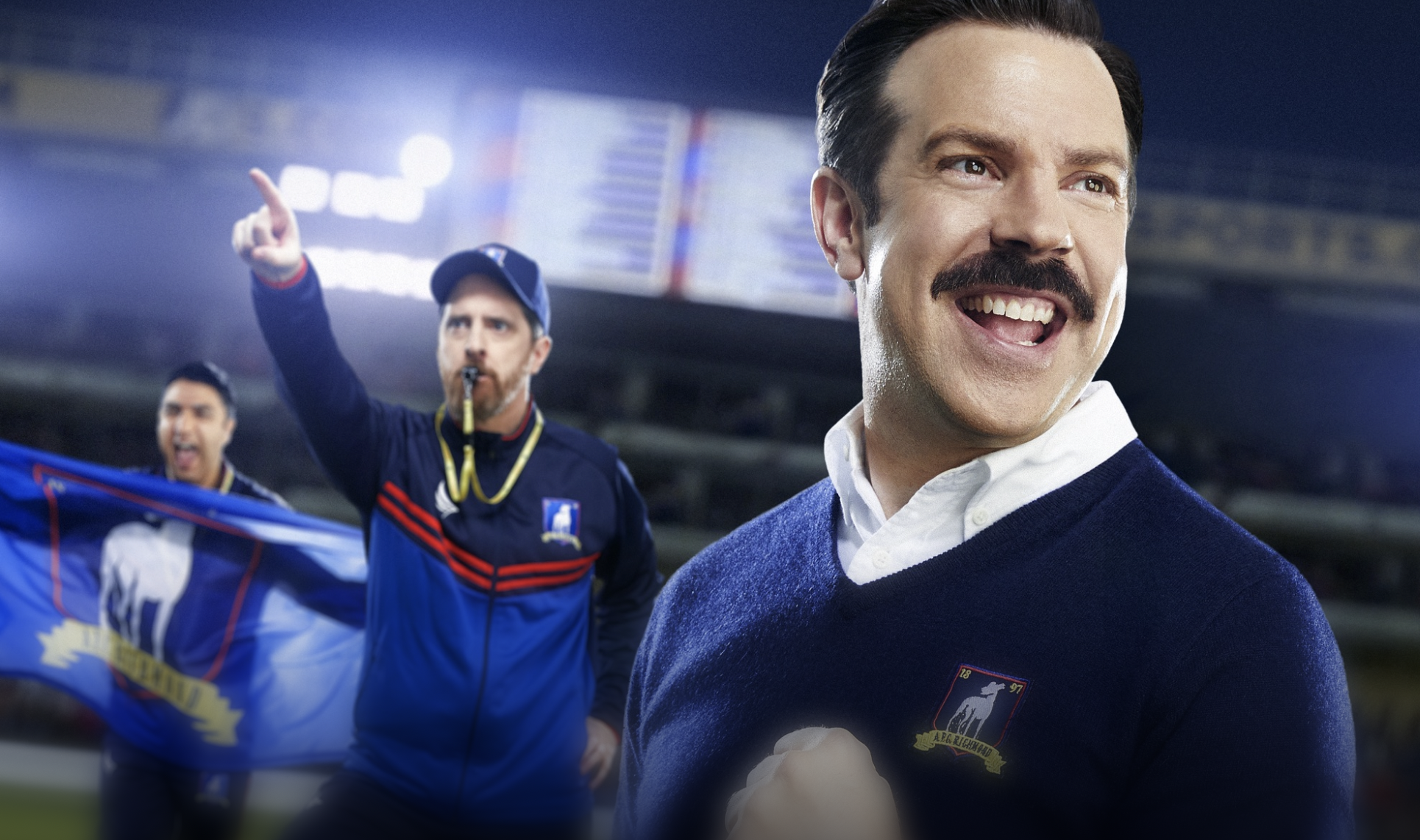 If Woody Hayes believed ties were like kissing your sister, what would he think of seven draws in a row on Ted Lasso 2? Welcome back, old friend. We’ve missed your humility, your charm, and your Midwestern quirks. The only downside to this Apple TV+ show is that it’s excruciating to wait a whole week until you next grace our living rooms. The whole crew is back plus a sports psychologist, Dr. Sharon Fieldstone. Perhaps no team ever needed a psychologist more than AFC Richmond. Nevertheless, while the team may be relegated in leagues, may they never be relegated in our hearts.

“Believe” is the new season’s motto for Ted Lasso 2. Even with the ties, team owner, Rebecca, remains positive with “we’re still undefeated.” In keeping with the fun of sports, a rival team punks Richmond by delivering to them “Thai” food. It is just that type of silliness that keeps us glued to the set. That, and the perpetual positivity of Ted Lasso. Some of his best “coaching” is in the media room, battering the perpetually gloomy sportswriters. His boyhood dog story nearly brings a tear to the eye of the most hardened scribes. I give episode one of Ted Lasso 2 4.5 Gavels and it receives a 100% Rotten Tomatoes rating with an 8.7/10 IMDb score.

In a freak incident, Dani Rojas is denied a game-winning penalty kick goal in extra time. Now, he has the yips. The decision is made to call in the extremely confident Dr. Fieldstone. Ted goes along despite his distrust of therapists. Rebecca is now dating, but is she “settling?” Roy, now retired, coaches a U-9 girls team and seems to enjoy yoga and reality TV with a women’s group. Keeley urges him to take the offer to be a commentator on Sky Sports, but he has no interest. In other words, most of those in the Richmond circle are in a rut. Will it be Ted or the “don’t call me doc” to pull them out?

(Note: Refer to Ted Lasso for the key players, Ted, Rebecca, and Keeley.) By the end of Season One, Keeley shifted her sights to aging midfielder, Roy, played by Brett Goldstein. He continues to be somewhat of an dry wit and enigma, but expect him soon back into the fold. Of course, Ted Lasso would be a nobody without the quips and level-headedness of Coach Beard, acted by Brendan Hunt. He’s a man of few words but he makes each one count. It’s too early to form much of an opinion on Sarah Niles as Dr. Fieldstone, but my guess is she will fit in quite nicely.

Ted Lasso 2 makes reference to the British fondness for the word “unlucky.” Coach Beard remarks that the U.S. equivalent is the New York Jets. And, don’t ever use the word “yips” in the locker room. Certain superstitions must be obeyed. Overall, I think a two-episode send-off would have better served Ted Lasso 2. As they set up new storylines, a little “extra time” would help set the hook.

“Having scored the most Emmy noms ever for a freshman sitcom, this series tops itself with a second season that spins comic gold from the best ensemble cast on TV, with Sudeikis deepening the exuberant hit into an enduring comedy classic.” ABC News

“The show takes some chances, and not all of them work. But when they pay off, they pay off big.” Arizona Republic

I regret that I undersold Ted Lasso last year (Thursday Morning Coffee -12/31/20) and I fear that I may be repeating the mistake. Still, it’s a 4.5 Gavel recommendation. Maybe I should consult with Dr. Fieldstone. Hmmmm . . .