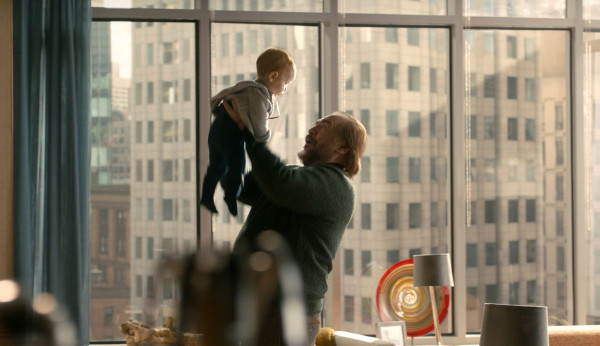 Aware that Penguin Bloom, Wild Mountain Thyme, and The Etruscan Smile were available for rent, I waited until the streaming services provided them for no extra charge. In review, only the latter would be worth the rental fee. There’s really nothing new about a dying parent reconciling with his child, but this one has all the charm in the world. If The Etruscan Smile doesn’t bring a smile to your face, you have a heart the size of a pea. Speaking of the Grinch, Rory MacNeil does his best impression of that now out-of-favor character, but little Jamie MacNeil will melt anyone’s heart. As irascible and Incorrigible as Rory might be, he knows the best way to catch a woman’s eye is to bring along his cute grandson.

In 1764, the feud between the MacNeils and the Campbells began when Muriel MacNeil broke off the engagement with Lachlan Campbell. So the story goes, she peeked under his kilt and didn’t like what she saw. In retaliation, the Campbells castrated the MacNeils cattle. Over two hundred fifty years later, the feud continues in the small town of Vallasay in the Northern Hebrides. I won’t spoil the latest “contest” except to say that, but for the feud, it’s doubtful that Rory goes to San Francisco. He doesn’t like change. The Isle of Lewis has been the home of the MacNeils for 2,000 years. At age 74, you can’t take the Scotland out of this man. I give The Etruscan Smile 4.0 Gavels. The film receives a 70% Rotten Tomatoes rating with a worse-than-expected 6.9/10 IMDb score.

Ian MacNeill last saw his father, Rory, fifteen years ago. Both he and his wife, Emily, wonder what brings him to San Francisco. He seems to have little interest in his grandchild, Jamie. Still, he’s determined to teach Jamie to say “seanair,” the Gaelic word for grandfather. Warned not to embarrass Ian and Emily at the gala at the museum, Rory wears his kilt and tries, unsuccessfully, to be on his best behavior. Nevertheless, The Etruscan Smile and a museum employee give Rory reason to hang around a little longer. Besides, Jamie needs some grandfather time.

Brian Cox has the face . . . only a director could love. Actually, audiences, critics, and directors all love him. Rory MacNeil shows why as his range goes from scruffy and grumpy to inappropriately gleeful to absolutely loveable. Don’t miss his performance. JJ Feild (Ford v Ferrari), a Tom Hiddleston look-alike, plays his son, Ian. Thora Birch acts as daughter-in-law, Emily, as she tries to make peace between multiple warring parties. Rounding out an excellent cast includes Rosanna Arquette, Treat Williams, Tim Matheson, and Peter Coyote.

For all parents, “raising a baby by the book,” always brings back fond memories. It’s no wonder that Rory felt the need to intervene. Moreover, there’s a hint of truth to Rory’s biting comment that “Americans need good hospitals for all the shite they eat and the air they breathe.” But, for all his gruffness, Rory reminds Ian “if you love someone, say it. Don’t wait for a better time.” That’s always good advice.

“Brian Cox gives one of his finest performances in this familiar but affecting drama about a cantankerous Scotsman facing his journey’s end.” Variety

“The Etruscan Smile isn’t a groundbreaking film, but it’s a compelling character study of how one man deals with a terminal illness and how he tries to right some of the wrongs in his life.” Culture Mix

It’s always nice when you find a hidden gem. The Etruscan Smile fits into that category.