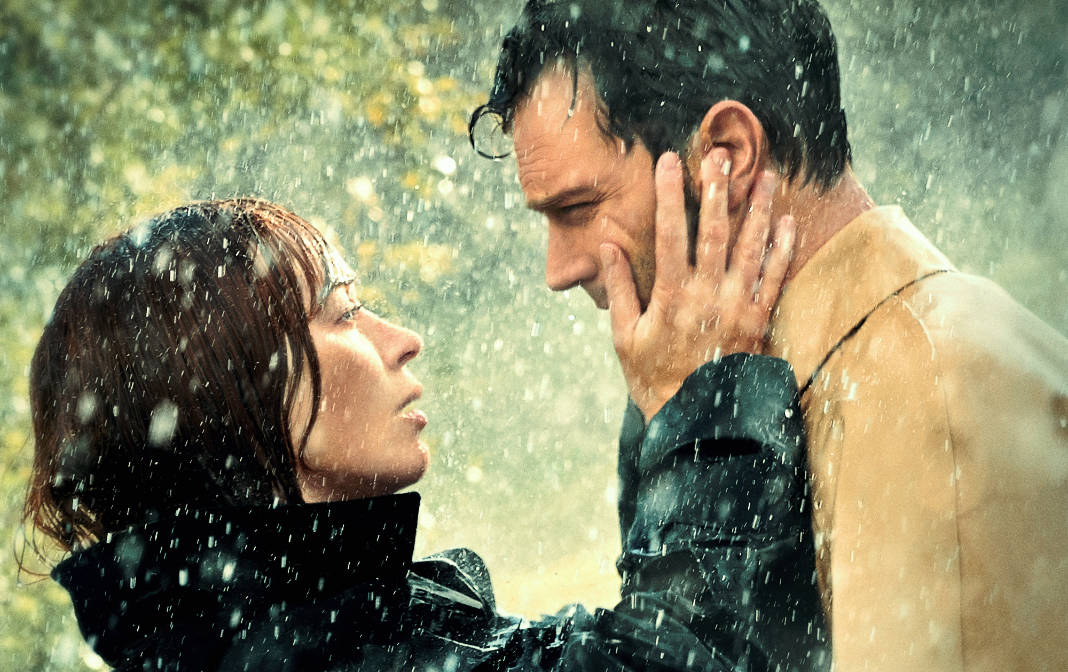 There are only two reasons to watch Wild Mountain Thyme, the first and last minutes. The first provides wonderful vistas of Ireland’s coast and the last gives a listen to the movie’s signature song. The rest proves that what might work on stage, certainly doesn’t work on film. If Disney made this flick in the 1950’s as a companion to Darby O’Gill and the Little People, it might be a classic. Today, it is just wholly unrealistic. Set on adjoining farms, both the main actors appear as if they’ve never seen a farm before, let alone lived on one. Vulture (no irony there) has a whole article entitled “Why The Irish Love Making Fun of Wild Mountain Thyme.”

To counter the aforesaid, the author argues that Wild Mountain Thyme is not made for the Irish. It’s made for people who fantasize about Ireland. But, who thinks of the Irish as buffoons? I might buy that Rosemary Muldoon thinks she’s The White Swan, but that Anthony Reilly thinks he’s a bee? Describing old age, Tony Reilly quotes that “the fruit still looks good when the worm starts to do its work.” That is apropos here. Visually, Wild Mountain Thyme looks good, but the worm certainly did its work on the dialogue. I give the film 1.5 Gavels and it receives a 29% Rotten Tomatoes rating with a poor 5.6/10 IMDb score.

In love with Anthony Reilly since childhood, Rosemary Muldoon still awaits her man. (Note: Ages are not given, but both actors are age 38 in real life.) Both have elderly parents who are anxious that their farms continue in the family. Long ago, it was clear that Rosemary would inherit the Muldoon farm, but Tony Reilly believes his son, Anthony, is not a true farmer. He decides to sell the Reilly farm to his New York banker nephew, Adam Kelly. That his son is not married, and likely will never marry, is certainly a factor in Tony’s decision. Just why Is Anthony unable to see that Rosemary has true feelings for him? Is he truly “mad?” Is it the Kelly curse?

Emily Blunt (Rosemary), Jamie Dornan (Anthony), Jon Hamm (Adam), and Christopher Walken (Tony) make up a stellar cast. Okay, maybe not Jamie Dornan of Fifty Shades fame. Anyway, how does the director mess this up? For gosh sakes, Emily Blunt replaced Julie Andrews as Mary Poppins. Jon Hamm (Richard Jewell) is the iconic Don Draper in Mad Men. And, who is more iconic than Christopher Walken (Deer Hunter, Pulp Fiction, Catch Me If You Can)?

Are women “the salvation of the world?” Do Irish farmer’s hands “look like their feet?” Do the Irish practice proposing by first kneeling to a donkey? These are just some of the heavy ponderings of Wild Mountain Thyme. Undoubtedly headed for box office disaster, maybe Netflix and COVID saves this one.

“When all is said and done, the movie itself is for the birds.” The Boston Globe

“This movie falls a few ounces short of a full pint.” Chicago Sun-Times

I conclude that Wild Mountain Thyme is 15 ounces short of a pint. Please, please don’t spend your money on this one.