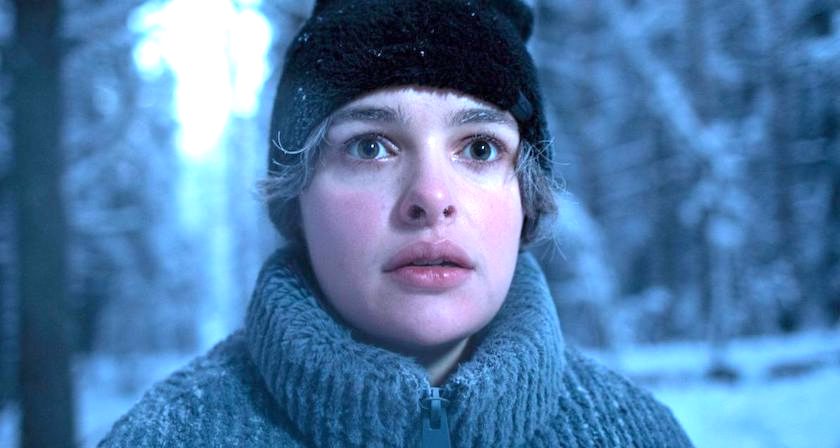 After eight episodes of The Wall and now three episodes of Beartown, I’m ready for dubbing. It’s just a pain to take notes during subtitles. Did I miss anything? For you, don’t miss HBO’s Beartown. The final two episodes air the next two Monday nights at 9:00PM. The original title is Bjornstad, set in a Swedish town whose identity is entirely wound up in their hockey. You either play hockey or work in the factory. But, the junior team is at the bottom of the league, the factory is failing, and the town is barely recognizable. If Peter Andersson can’t resurrect the team, the rink will shut down.

You might recognize the name Fredrik Backman. He’s the author of A Man Called Ove. That movie received a nomination for an Oscar in 2017 as Best Foreign Film. Personally, I like his Beartown better. Peter Andersson and Mats Erdahl hate each other, going back to their junior hockey days. Of course, now the best player on the team is Mats’ 17 year old son. And, who does young Kevin Erdahl have eyes for but Peter’s fifteen year old daughter, Maya. It all reminds of a Romeo and Juliet set-up, doesn’t it? Just as visually stunning as The Wall, Beartown doesn’t skimp on the hockey nor the drama. I give the series 4.0 Gavels and it receives a 7.1/10 IMDb score.

Injuries, the death of his infant son, and alcohol cause Peter Andersson to leave Canada and the NHL behind. Many in his hometown of Beartown view him as a savior. Immediately, he sees Kevin Erdahl as his only chance for success. Mentally and physically abused by his father, Kevin knows that his father only accepts perfection. Maya flirts and teases Kevin which only makes the attraction stronger. Mix the testosterone of winning a big game with an unchaperoned alcohol-laden party, and Kevin refuses to hear “No!” The consequences reverberate not just in these two families, but throughout the community.

Could there be a more Swedish name than Ulf Stenberg? As Peter Andersson, he conveys both the strength and the vulnerability for the role. Miriam Ingrid plays Maya Andersson perfectly, aware that hockey dominates the town, yet determined to make Kevin answer for his actions.

“Hockey only demands one thing of us. Everything!” In this hockey obsessed town, parents seem little worried about school or alcohol, only that their son remains on the ice. Why would Peter insert an underage immigrant, Amat, onto the first line during crunch time? Ominously, Beartown begins as one Swede chases down another and shots are fired.

“Takes the honesty of Friday Night Lights to an even deeper and much darker level. The five-part drama, based on the 2017 novel by Fredrik Backman, floored me with its realism, as it digs into the people of a struggling community.” Boston Globe

“The ability to communicate to the audience that there’s more at stake than just a hockey game or a season is what will make viewers continue to watch Beartown – though the hockey scenes aren’t bad, either.” Decider

The police pull Kevin off the bus as it readies to leave for the finals. The tension is palpable and it’s still episode three. Hang on, folks!