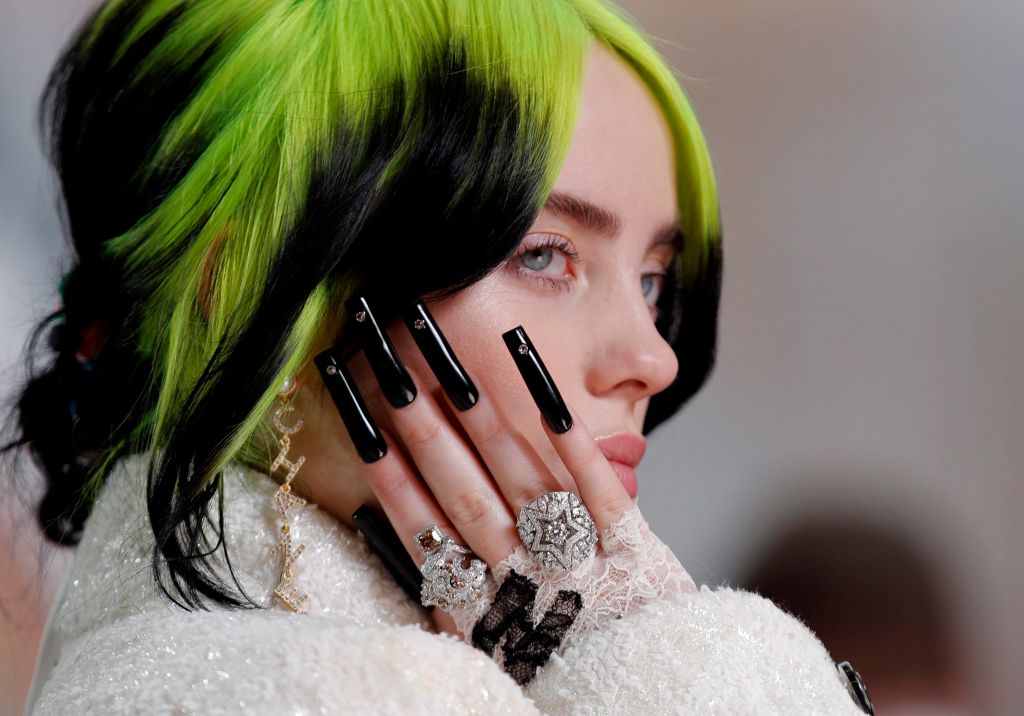 You may not know Bille Eilish, but you will, and your kids already do. Is she the next Taylor Swift (Folklore)? Clearly, she is the queen of teen angst, her recordings speaking to anxiety and depression. But, it’s more than that. She taps into her soul and writes about it. Millions relate to her and to her music. She worries that the internet will hate her. Billie Eilish may be the most confident, insecure person you will ever see. For that reason, and the fact that you need to educate yourself about what your teens are listening to, watch her AppleTV+ documentary.

Officially known as Billie Eilish: The World’s a Little Blurry, the 150 minute film mostly covers the time period she and her brother write the songs for her debut album “When We All Fall Asleep, Where Do We Go?” That effort wins her Record of the Year, Song of the Year, Album of the Year, and Best New Artist at the Grammys on January 26, 2020. Not bad for a young girl just turned eighteen. But, her story starts much earlier. At age 13, she downloaded “Ocean Eyes.” That song sold over three million copies. Touring Europe at age 15, teens sing along with her. Billie Eilish rues that it all comes at a cost. I give the film 3.5 Gavels and it receives a 97% Rotten Tomatoes rating with a 7.9/10 IMDB score.

In love with Justin Bieber at age 12, no one else would compare. Little did Billie Eilish know that, one day, he would offer to sing with her. Getting her driver’s permit at age 16, she vows never to make another album. She hates the writing process, or is it the fear of rejection? The album released to critical and popular success, now 17, the pressure is on to perform well at Coachella and World and U.S. tours. Taking care of her mental and physical health becomes problematic. Will she make it to 18?

Home-schooled, with a cool middle name of Pirate, Billie‘s dad (Patrick) teaches her to play the piano and the ukulele. Her mother (Maggie) teaches her to write songs. Four years older, brother Finneas, is never far away as a collaborator. No actors here, but you will see Katy Perry, Orlando Bloom, and Justin Bieber.

Be aware that Billie Eilish is not some white-washed piece of advertising. She swears, and swears a lot. Billie is as petulant and stubborn as any teen might be. There is no attempt to cover up any warts. In the end, it makes her songs more understandable, more from the heart. Whatever the case, who else at 17 gets to write a song for the new James Bond movie No Time To Die?

“We’re watching the birth of a star, an exhilarating and sometimes excruciating experience.” RogerEbert.com

“The documentary captures everything – it’s as much of a warning of the dangers of fame as it is a celebration of Eilish’s undoubted stardom.” London Evening Standard

The world may be a little blurry for Billie Eilish, but I have no doubt she will soon see it clearer. Already worth over $53 million, she says she is working on sixteen new songs. Her baggy clothes put her on the cover of Vogue and in a Calvin Klein ad. Now that she has your attention, let’s see what she does with it.