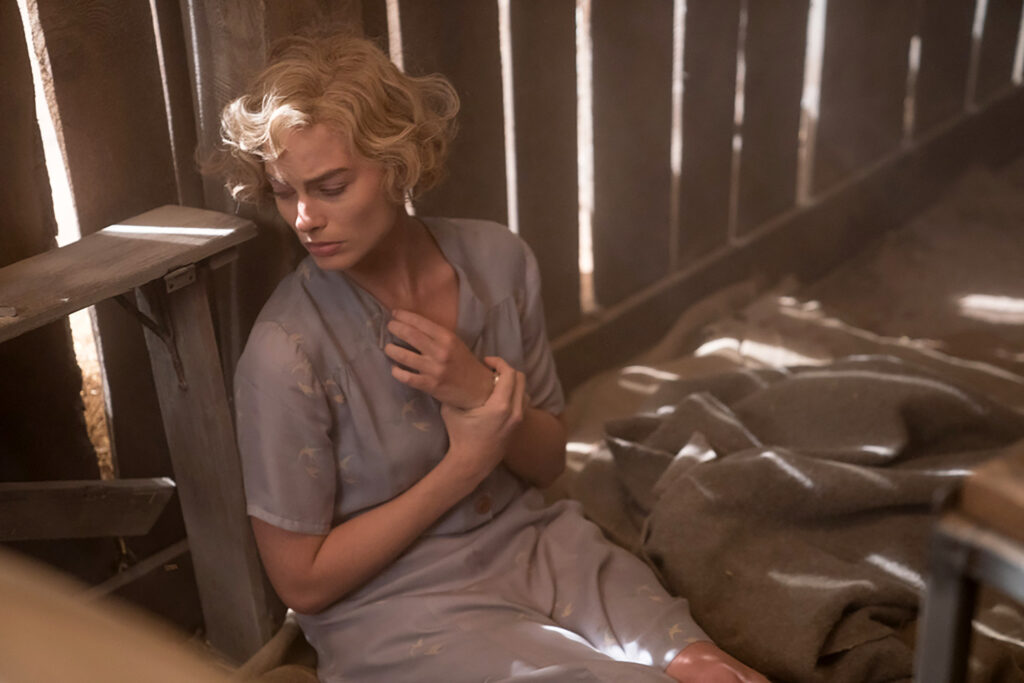 Try to make Bonnie and Clyde artsy, remove Clyde, and you get Dreamland. This is about as dreary a film as you can find. Set in the Great Depression, each scene seems to get more depressing. While Margot Robbie continues an impressive string of performances, I can’t recommend spending $5.99 on Amazon to rent. It does have some impressive dust storms, but none appear as bad as in real life. Why aren’t the actors covered in dust?

Eugene Evans and Allison Wells are not star-crossed lovers. Bad luck has nothing to do with it. While Allison is seductive, it’s not clear that she is even trying to seduce Eugene, rather merely survive. Eugene wants out of Bismark, Texas as bad as she does. Why not join this fugitive to find his father in Mexico? Dreamland suggests that it is not fair for some to have dreams of escape to another time and place. To take away dreams of a better life is fatal to the enjoyment of any movie. I give Dreamland 3.0 Gavels and it receives a 60% Rotten Tomatoes rating with a 5.8/10 IMDb score.

Dust storms in Texas ruined crops and raised the specter of foreclosure on many a farm during the 1930’s. Allison Wells and Perry Montroy begin a string of bank robberies. During one, a nine-year girl is killed in the cross-fire with police. Injured, Allison limps to a barn on the farm of seventeen-year old Eugene Evans. Everyone is town salivates over the thought of the $10,000 reward on her head. Yet, the promise of something more causes Eugene to believe that Allison is a mere victim of circumstances. His head spinning, Eugene has tough choices in front of him.

“I want to reach the ocean with you,” proclaims Eugene as the love story reaches a peak. Then, he finds out that Allison is a “little more complicated” than she let on. Aren’t they all? Can the life of a bank robber end in any way other than in an unsatisfactory manner?

“It’s not clear if this wants to be a coming-of-age movie, a love story or a traditional outlaw tale with a twist. Less Dreamland, more snoozefest.” The Sun (UK)

“Robbie does her best to keep audiences invested in the characters and the film offers a muted vision of the period and genre, but there simply isn’t enough going to keep audiences moving through the molasses-slow narrative pacing and pretentious staging.” Associated Press

Like Reese Witherspoon, Margot Robbie generally makes good production choices. She whiffed on this one.