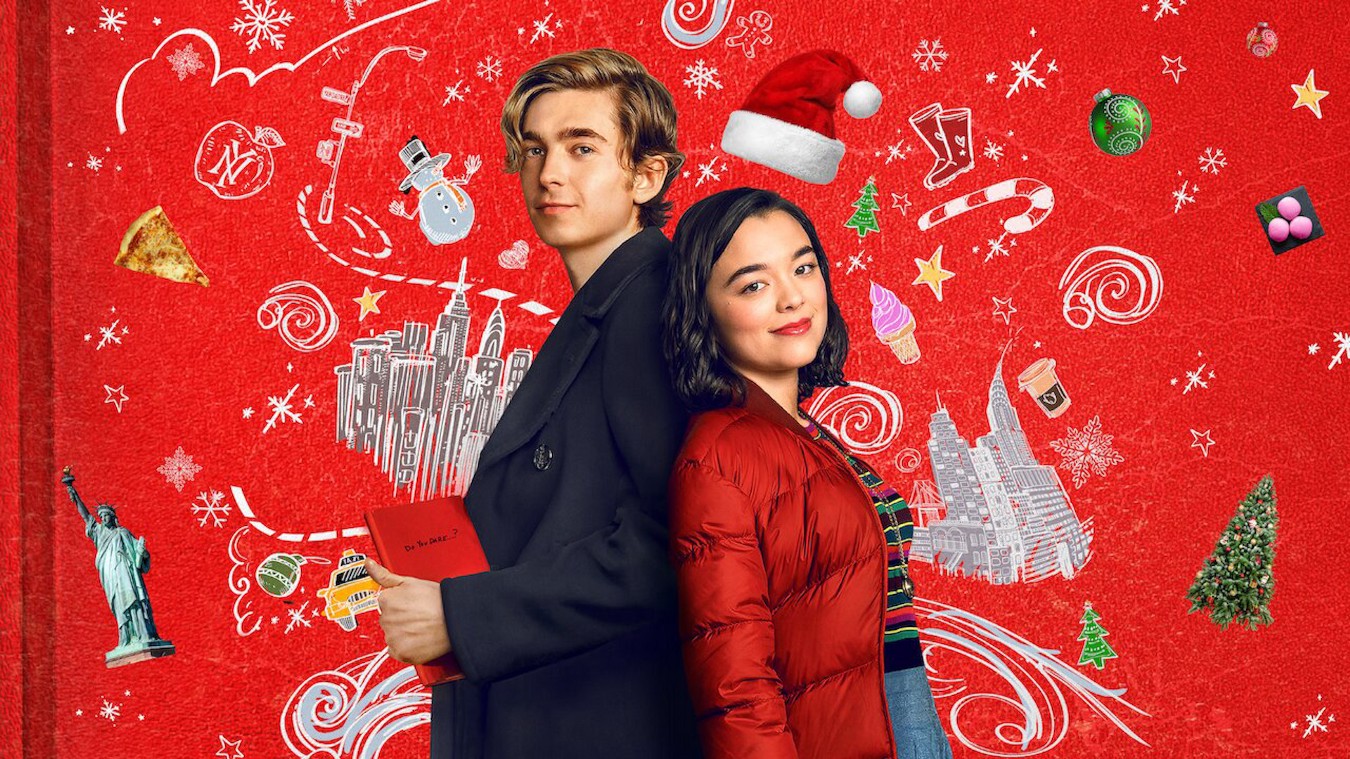 Combine the holiday theme of Holidate and the dares of Love and Anarchy, and you get Dash and Lily. What is it that attracts these two misfits in a city of 8.4 million? Dash, a loner, thinks Christmas is “the most detestable time of the year.” Lily, accused of being “weird,” knows that Christmas “is all about love.” So, what possesses her to put a notebook in a massive bookstore captioned “Do You Dare . . . ?” Why would Dash think Clue Girl would ever make him forget his breakup with Sofia?

Dash and Lily is an eight-part (25 minute each) Netflix series based on the young adult novel Dash and Lily’s Book of Dares. The initial impression of the show is that it seems too cute, what with “if you want my name, you are going to have to earn it.” And, where did they dig up some of these never-heard-before Christmas tunes? But, by episode four, you buy into the natural quirkiness of Lily and the sullenness of Notebook Boy. Correspondingly, the gorgeous decorations of New York City, and its offbeat characters, help bring you around. Besides, where else will you get a 100% Rotten Tomatoes rating with an excellent 8.1/10 IMDb score? Not quite that sold on Dash and Lily, I give it 3.5 Gavels.

Fibbing to his “friend” that his father is taking him to Sweden for the holidays, Dash gives himself the “Christmas gift of solitude.” Then, it’s off to The Strand Bookstore for refuge where he finds the intriguing notebook.

Her parents headed to Fiji for a second honeymoon and her grandfather in Florida, Lily is crushed that family traditions are being tossed aside. Does the notebook create a mental image impossible to fulfill? Will the dares push them outside their comfort zones to experience new emotions, or will they scare each other away?

Fittingly, neither Austin Abrams (Dash), nor Midori Francis (Lily) are the typical high school quarterback/homecoming queen stereotypes. Appropriate to the story, neither are “social butterflies.” Both are trying to fit in a world that, at that time in their lives, normalizes orthodoxy and ostracizes nonconformity. There are two more books, The Twelve Days of Dash and Lily, and Mind the Gap, Dash and Lily. Will we see Seasons Two and Three to match in the next two years?

Is Dash and Lily a throwback to internet dating just without the internet? Neither really knows the other, except through words on a screen/notebook, and a mental image forms. As we know, reality can sometimes be harsh. But, in this case, it’s Christmas so we know all will turn out Santa Claus and fireworks.

Collider notes “in terms of Christmas stories, Dash and Lily finds the right balance between celebrating the holiday and acknowledging that sometimes life is still just hard.” Even better, Salon.com pens “with only eight short episodes, it’s a quick hit of eggnog to your veins.”

For older folks, maybe you want a shot of something harder. But, these kids are not yet 21. And, Christmas in NYC looks darn inviting!