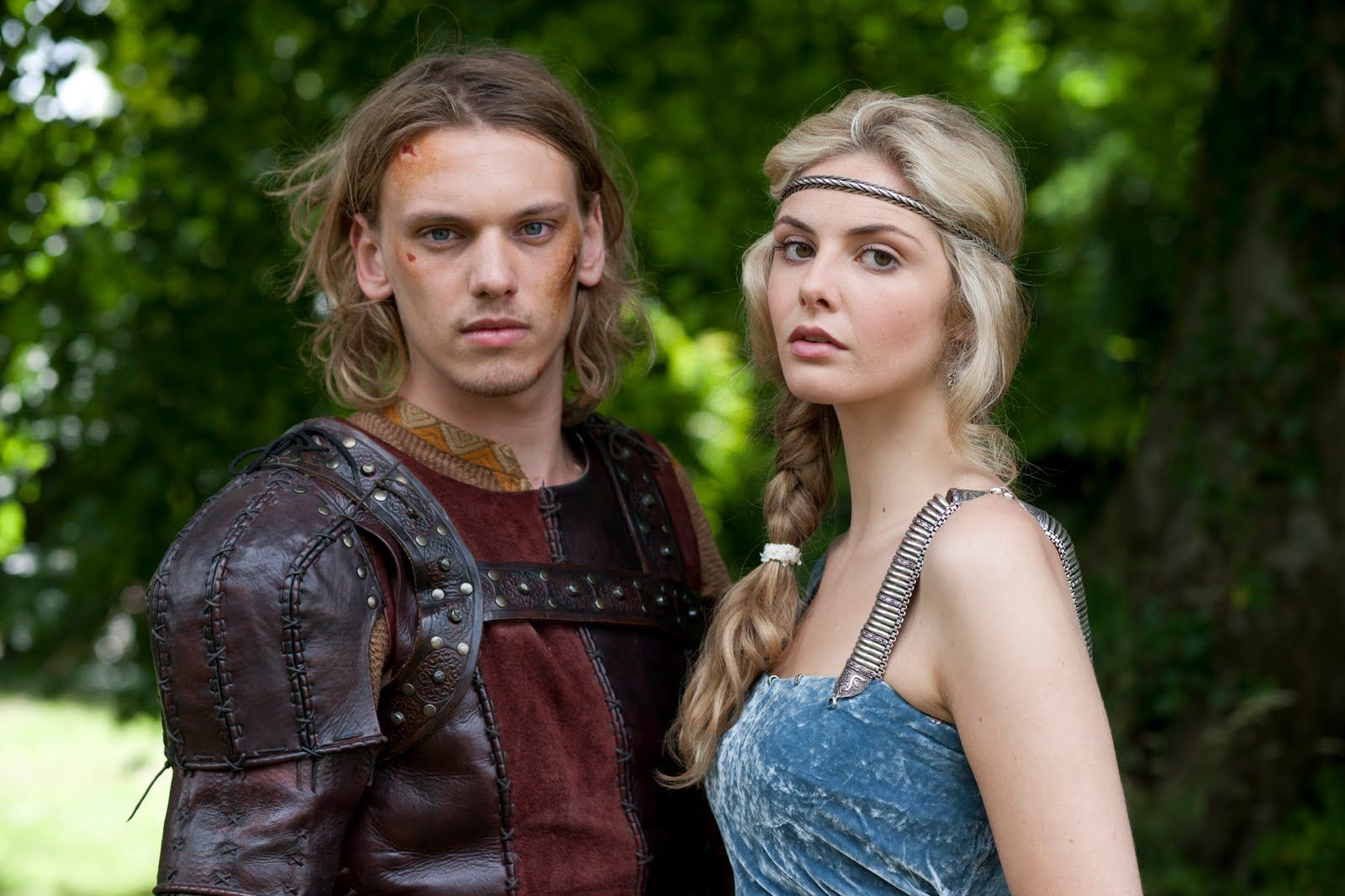 My favorite Camelot film is still Disney’s magical The Sword in the Stone (1963). Maybe yours is based on Lerner and Lowe’s musical starring Richard Harris and Vanessa Redgrave in 1967. Rest assured that in the ten-part Starz adult-version of Camelot (2011), King Arthur is not “living happily-ever-aftering.” This Camelot is pre-Knights of the Round Table. Merlin sees the future and places an immature Arthur on the throne upon King Uther’s death. Morgan, banished from the Castle Pendragon years earlier, returns to take her rightful place, only to be thwarted by the appearance of Arthur. Embittered, Morgan sets in motion treachery and betrayal.

At $7 million per episode, you will be hard-pressed to find a show with better production values. Some episodes are particularly good, especially Episode 6 – Three Journeys. But, with the guilt of the Arthur/Guinevere romance and the “pain” of the Merlin/Morgan sorcery, Camelot veers into the soap opera. The show does present an interesting take on the making and naming of sword Excalibur. You might also note this is pre-#MeToo movement on Starz, so the warning “racy” downplays the TV-MA rating. I give Camelot 3.5 Gavels and it receives a 44% Rotten Tomatoes rating with a 6.5/10 IMDb score.

Poisoning King Uther, Morgan is certain she is the sole heir. Years earlier, King Uther’s son with Igraine was given to Merlin for protection. Arthur is unaware of his lineage, carefree in his attitude toward life. Now, taken to a run-down Camelot, Merlin convinces Arthur that he will unite the Britons. Leontes, and others, swear their loyalty. But, sparks already fly between Arthur and Leontes’ betrothed, Guinevere. With the help of a mysterious nun, Sybil, Morgan intends to drive a wedge into any cracks she can find, or manufacture.

Recently seen in Dumbo, Eva Green plays the treasonous Morgan. While she gives Camelot a strong, interesting character, Jamie Campbell Brown is just ho-hum as Arthur. Likewise, Joseph Fiennes never seems to find his stride as Merlin. On a side note, Tamsin Egerton, (Guinevere) is the partner of Josh Hartnett since 2012. Certainly, they belong on any Most Beautiful Celebrity Couples list.

As she tries to wrest the crown from Arthur, Morgan complains “the games of men exhaust me.” Still, she play them well in an alliance with former enemy, King Lot. Though, she wishes he would “plan battles, not ceremonies.” No shrinking violet, Merlin tries to warn Morgan that her “dark power hurts you, it doesn’t make you strong.”

AV Club states “more often than not, this is an adaptation that feels torn between approaches, between reverence and entertainment, and that leaves the series somewhat lumpy and inert.” On the other hand, The Chicago Sun-Times recommends “ignore the guilt – just sit back and enjoy.”

If you last that long, Camelot does have a nice twist at the end, setting up future seasons. Except, there was no renewal. Starz alleged scheduling conflicts among its stars, but my guess is that cost and ratings were the cause.