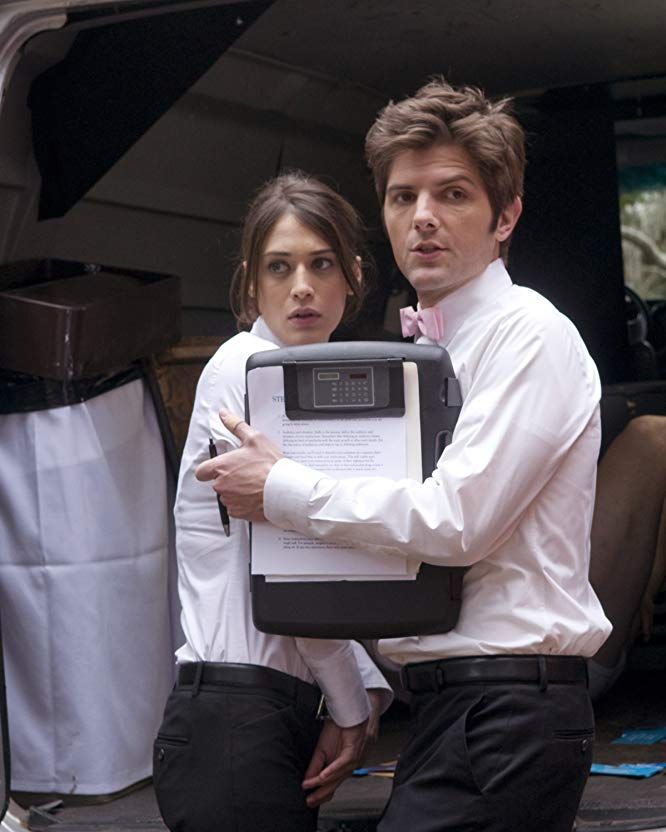 One would think that a 93% Rotten Tomatoes rating and a 99% Audience score for Party Down would be a no-brainer. It was, for a different reason, i.e., it takes no brains to watch. Given poor ratings, it was a no-brainer for Starz to cancel it. Why did Jane Lynch (The Marvelous Mrs. Maisel) move to Glee and Adam Scott move to Parks and Recreation? You guessed it; it was a no-brainer. The Season Two trailer (not shown above) quotes a character saying the Party Down crew is “vulgar and drinks on the job.” That sums up the show pretty well.

In fairness, I could only take three episodes, so maybe Party Down finally made it to the party. These miserable wannabe, has been, actors, writers, and comedians commiserate about the unfairness of it all. This leads to drinking, drugs, sex, and bad jokes, sort of like a bad SNL skit. As a general rule, unhappy people are not funny, and this one fails to break the mold. I give Party Down 2.0 Gavels.

Failed actor Henry Pollard returns to catering after a two year absence. Still suffering rejection, team leader and former alcoholic and drug addict, Ron Donald, tries to cheer him up, to little avail. Can’t-catch-a-break comedian, Casey Klein, can’t decide if she should move to Vermont with her husband or give it one more try. Over-the-hill Constance Carmell is certain that she still has “it.” Surly Roman DeBeers thinks he is superior to all others. Kyle Bradway, stereotypical dumb blonde, knows his “call” awaits him. Catering is a way to pass the time, pass judgment on the guests, and on each other.

Besides Adam Scott (Henry) and Jane Lynch (Constance), Party Down brings you Lizzy Caplan (Casey) before her Emmy-nominated performance in Masters of Sex. Guest stars included Josh Gad, J.K. Simmons, and Kristen Bell. Never has more talent been wasted than in this series.

Henry Pollack’s claim to fame came in a beer commercial when he yelled “are we having fun yet?” No is the answer! Maybe I’m getting old and crotchety, or maybe the stale jokes just don’t pass the test of time. Whatever the case, do not subscribe to Starz solely to watch this failed effort. Note: if you like Jane Lynch, her persona is the same as in Glee.

NPR’s Fresh Air writes “like many shows, it took a few episodes to hit its stride. Now, the show is genuinely funny and filled with terrific writing.” Alas, I didn’t make it that far. The Chicago Tribune adds “part of the charm of this frequently deft series about the employees of an L.A. catering firm is that some of the characters are too dense or too innately optimistic to understand that they’re probably never going to make it.” Like the characters, Party Down didn’t make it, either. May it RIP.