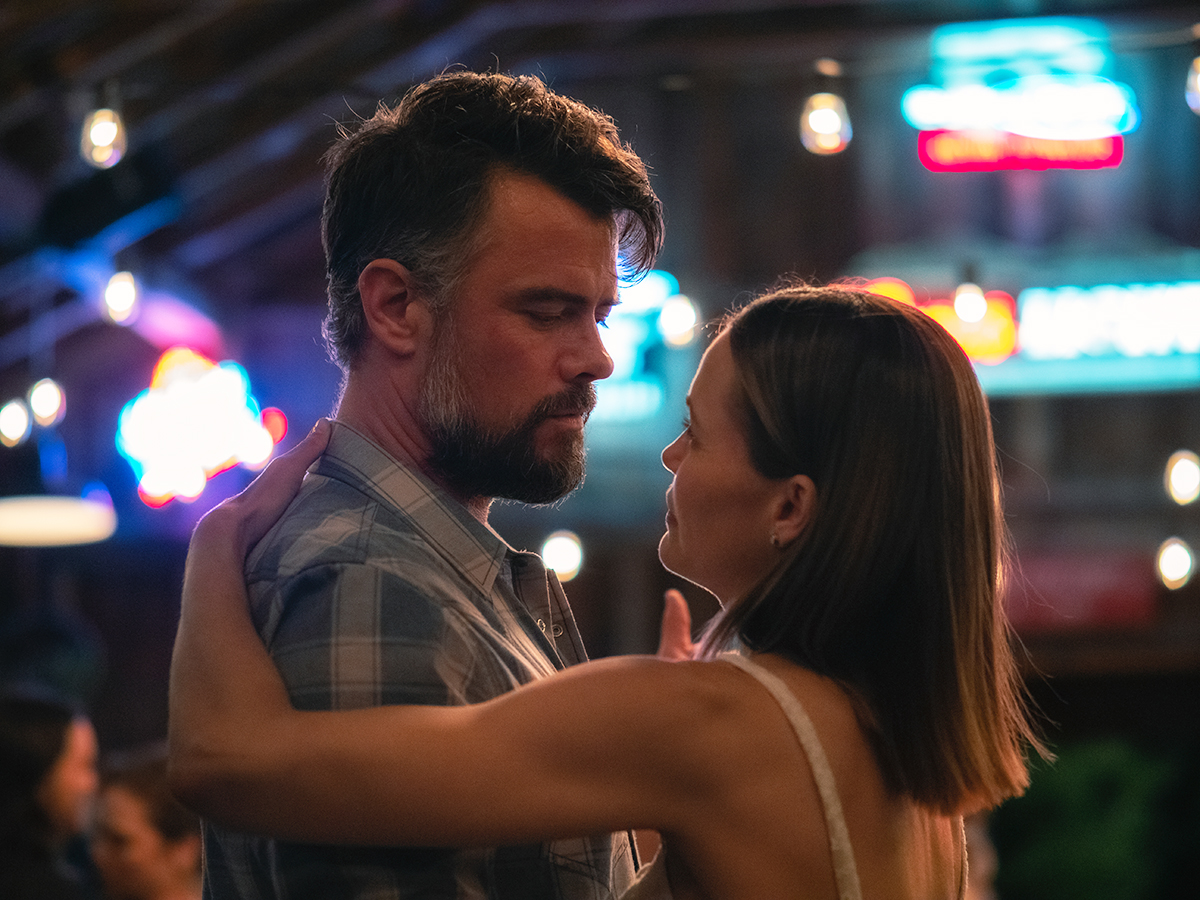 The Lost Husband is why we have class action lawyers. It’s not that it’s that bad, rather it is criminal that they want you to pay extra for it. Seriously, this film was never going to be released in major studios. You were always going to get it for free. If not for the virus, it would be on Netflix or Amazon Prime. More appropriately, it should be on the Hallmark Channel as it is the hallmarky-ish movie ever made. Unless, of course, you are into goats.

Based on a best-seller, The Lost Husband brings you Nubian and LaMancha goats and chevre. That may be the most interesting part as our two lovebirds have the chemistry of oil and water. Since there is so little story to be had, the film ventures into seance. Does it make any sense? No. The Lost Husband gets 2.5 Gavels and it receives surprisingly high 60% Rotten Tomatoes rating and 84% Audience scores. COVID-19 clearly lowers our standards!

After the death of her husband and the loss of their house, Libby and her two children move in with her self-absorbed mother, Marsha. Houston is not big enough for the two of them, so she flees to fictional Atwater, Texas. Her Aunt Jean takes her in but says she must learn to run the farm. O’Connor, the farm manager, is certain she isn’t up to snuff, and Libby agrees. Libby is uneasy about O’Connor until her former Houston friends refer to him as “the handsome farmer.”

Seen in one of the worst movies ever made, Tag, I guess this is a step up for Leslie Bibb (Libby). Still a model in real-life, she does look out of place on a goat farm. Whatever happened to the Josh Duhamel I loved in the short-lived TV series Battle Creek? Parts like O’Connor and Lukas in Think Like A Dog indicate his career is in a serious slump.

“You don’t need a shower. The beauty pageant’s not ’til Saturday. The goats don’t care what you smell like.” That is what passes for prose in The Lost Husband. Have you noticed that nearly every film with catty women has the bathroom scene where the heroine overhears others talk trash about her? Hint: If you are going to badmouth your “friend,” then check the stalls first!

The Hollywood Reporter unkindly writes “fish-out-of-water story, grief drama, opposites-attract rom-com, family-secrets saga and ode to country living – there are plenty of facets to The Lost Husband, and none of them feels particularly fresh or urgent.” I’m still trying to decide if Q Network Film Desk likes it more or less as he posts it “injects enough doses of humor and keeps the emotions real enough to keep it from sliding into a vat of schmaltz.” Basically, he missed the mark. The Lost Husband slid into the vat of schmaltz, goats and all.