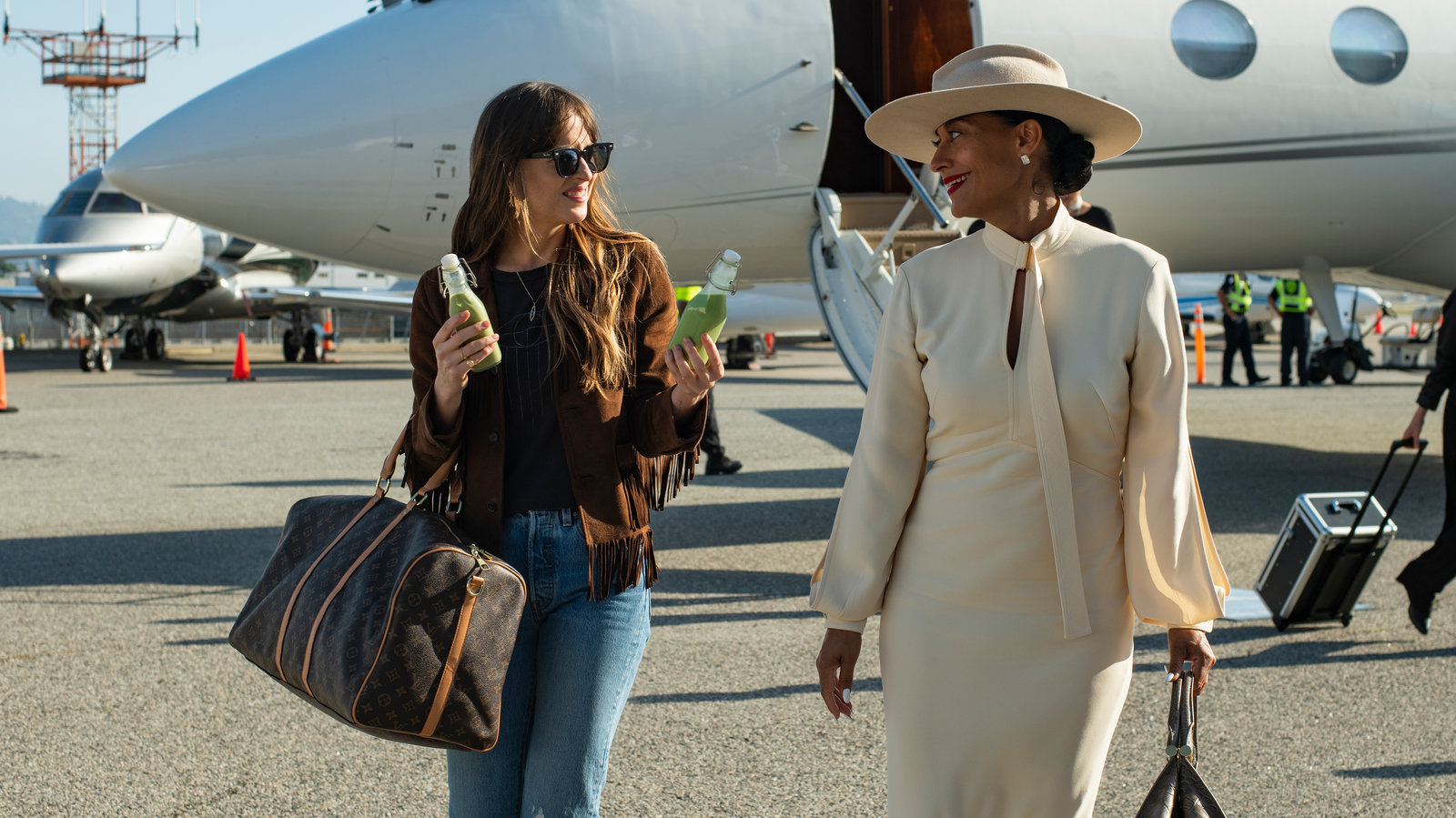 In our “new normal” of purchasing first-run movies, The High Note may best of the lot, so far. Admittedly, that’s a low bar as the studios are merely dipping their toes into the water. Available for $5.99 on Amazon Prime, The High Note asks you to believe in people who believe in you. Otherwise, as aging rock star Grace Davis says, “if there are no more surprises, then why am I doing this?”

Ms. Davis also tells us that “only five women over 40 have ever had a #1 hit, and only one of them was black.” Surely, she must be ready to fade into the Las Vegas background. Packed with some nice tunes and solid voices, The High Note will surprise you. Like High Fidelity, our personal assistant knows her music, and like Little Voice, she knows she is destined for more. This one has sleeper written all over it and I give it 4.0 Gavels. Its Rotten Tomatoes rating is 69% and receives a 76% Audience score.

Maggie worships music legend, Grace Davis, and feels lucky to be her personal assistant for the last three years. Grace’s manager, Jack, discourages any talk of any new recordings, and receives offers of a 10-year Vegas contract. Secretly, Maggie mixes a tape of Grace to encourage a new record. Jack angrily suggests Maggie get her own clients. Then, at a grocery store, of all places, Maggie hears the voice of David Cliff, i.e, her opportunity. It seems David has a few secrets.

Dakota Johnson is much better suited to the role of Maggie than she was to the role of Anastasia in the Fifty Shades trilogy. As the daughter of Diana Ross, one expects Tracee Ellis Ross to have the pipes. With an exception or two, she doesn’t disappoint as Grace Davis. Still, I was even more impressed with the sound of Kelvin Harrison, Jr. as David Cliff. And, if you want a little comedy, The High Note brings you Ice Cube as Jack, long-time manager, and Zoe Chao as Katie, Maggie’s roommate.

Do we play it safe and “earn a stack of money?” Or, do we put ourselves out there and risk major disappointment? While these are certainly not new themes, The High Note really ends on a high note with the appearance of Maggie’s father, played by Bill Pullman, and the song Love Myself.

Film Week praises The High Note as “a movie with so much love of music in its soul. I had the best time watching this.” The Chicago Sun-Times agrees complimenting “Tracee Ellis Ross and a supremely entertaining story…she powerfully belts out six new songs while playing a beloved pop singer determined to stay cool.” For a good time on a hot summer night, let The High Note cool your savage beast.