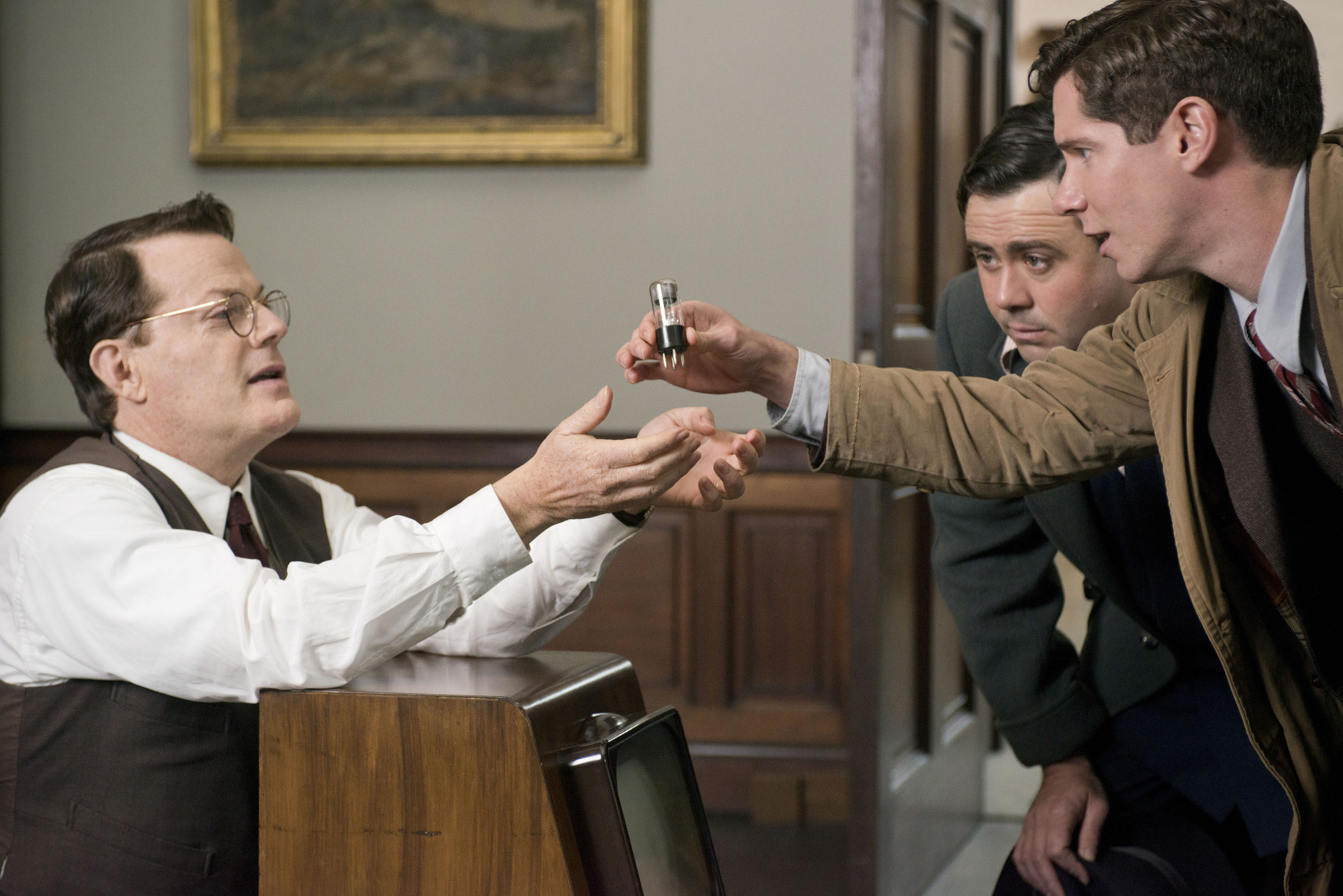 If you like The Imitation Game, you will love Castles In The Sky. The former tells the story of Alan Turing‘s attempt to decipher Hitler’s Enigma Device. The latter is the tale of Robert Watson-Watt‘s efforts to offset the huge German advantage in aircraft. In 1935, Whitehall puts out a disguised proposal to form the basis for a death ray. Only Watson-Watt postulates what they really want, but proposes instead a methodology later named radar. He refuses to use the collective minds of the academics at Oxford and Cambridge. This weatherman puts together his own team to make Castles In The Sky, so dubbed by Winston Churchill. Despite the dire times, the film presents lots of humor as these “idiots” try to “make the invisible visible.” I give Castles In The Sky 4.0 Gavels and it receives a 6.8/10 IMDb rating.

Key members in the English government watch in horror as Hitler’s war machine gets bigger and bigger. Politically, they know they can’t catch up. Watson-Watt and his crew are given such little chance that their lab is a run-down base and the equipment is substandard. Churchill even approves a mole to keep track of their progress, or lack of progress. Many want their meager funding applied to offensive weaponry. Each time funding is threatened, Watson-Watt makes a small advance. Of course, that is thanks to some “theft” of naval property, cricket, and a newfangled invention for TV. War is coming and many hurdles still remain.

As a man torn between his home life and his duty, Eddie Izzard (Victoria and Abdul) brings Watson-Watts to life. The film suggests it cost him his marriage. Frederick Lindemann, Henry Tizard, and Albert Rowe were all scientists and advisors to Churchill to varying degrees. Played by David Hayman, Alex Jennings, and Julian Rhind-Tutt, respectively, their contrbutions, and hindrances to the development of radar are duly noted.

For his efforts, Robert Watson-Watts received knighthood in 1942. Further advancements on his ideas lead to air traffic control and the microwave. History tells us that Watson-Watts is not so pie-in-the sky as Castles In The Sky intimates. His ingenuity in the 1920’s tracking thunderstorms later leads to a device to locate enemy radio. Screen International declares “Castles In The Sky may well be modest in scale (and likely to have a greater life on television rather than the big-screen) but it’s an entertaining look at a delightfully eccentric and brilliant scientist.” Whether you like history or not, I think you’ll have fun with this one.