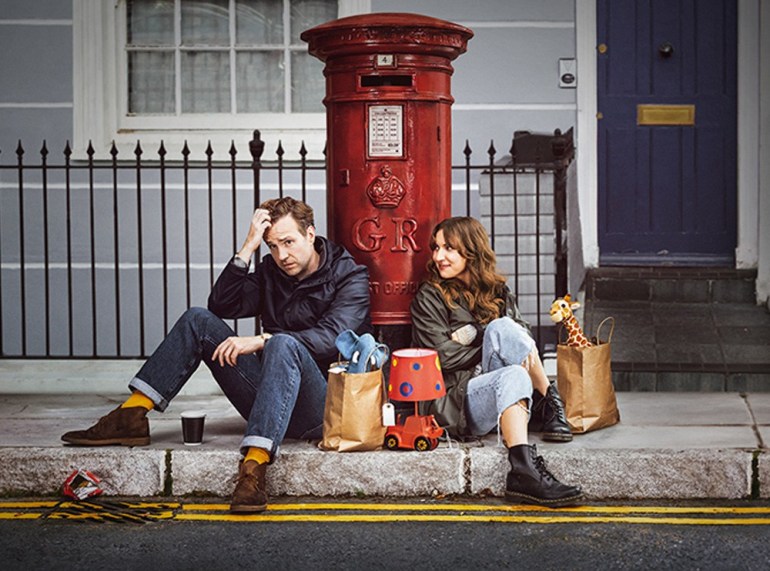 A TV series about infertility and the adoption process does not seem to be a fertile area for comedy, except maybe dark comedy. Yet, the touching and moving Trying on Apple TV+ portrays the “strength and resiliency” of the human spirit. Sometimes one must find humor in the madness of it all, and this eight-part British show does just that. Apple TV+ rebounds nicely from the highly-touted, but much darker, The Morning Show. Jason and Nikki are characters that feel real, that you can actually empathize with, root for, and like. Described as having a “dysfunctional family, screwball friends, and chaotic lives,” I’d say they have love. And, isn’t that the most important quality for prospective adoptive parents? I give Trying 4.0 Gavels and it receives a 100% Rotten Tomatoes rating (only five reviews so far) with no Audience score as yet.

Unmarried couple Jason and Nikki receive the news that further in vitro treatments are expensive and unlikely to have success. Watching their best friends deliver another child compounds their sadness. Finally considering adoption, they have no idea of the length of time it takes, nor of its complexities. Adoption horror stories, paperwork, more forms, and background investigations seem to overwhelm them. Are they really suited to be parents? Are they really ready to be parents?

Clearly the stand-out of the show is Esther Smith. As Nikki, she is perky, slightly neurotic, and entirely lovable, certain that her lack of a degree somehow makes her less worthy. Rafe Spall is a well known actor, recently in Men In Black: International. Not usually a leading man, his Jason is laid-back, reformed, and decent, allowing more animated Ms. Smith to shine. Imelda Staunton has four Olivier awards and thirteen nominations. Most recently seen in Downton Abbey, here she is an adoption investigator who surprises in every scene.

Jason (babysitting): They sleep so deeply.

Nikki: It’s because they trust us.

Nikki: No tut-tutting and rolling your eyes. Your mom is soon going to be doing enough of that.

“The genuinely loving, intimate banter between Nikki and Jason in their quieter moments too is one of the series’ greatest strengths,” says The Guardian. Another critic writes “this outstanding series is highly addictive so be careful.” As you are well aware by now, I have this penchant for quirky British shows and this is just another in a long line. Each episode is less than 30 minutes. Apple TV+ likes it so much that a second season is already on order even though this one just released May 1. They are confident, and I am confident, that you will enjoy Trying without trying too hard.

Finally, much of this show is filmed in Camden Town, a beautiful shopping area in northwest London. Should you travel to London, be sure to visit.