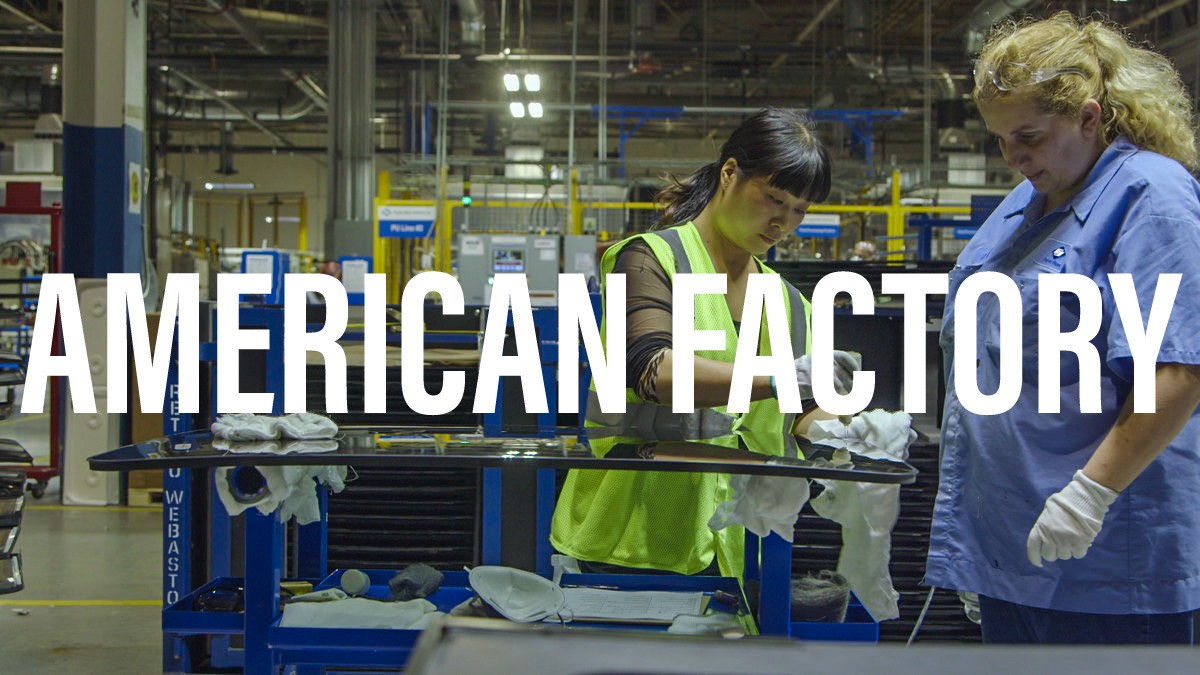 And the winner for The Best Documentary for 2019 is American Factory. Generally, I enjoy documentaries, witness: Free Solo, RBG, and Won’t You Be My Neighbor? This one, I kept wondering why the Chinese gave unfettered access to the filmmakers. The Chinese management come off as arrogant and uncaring about safety. If the conditions were as bad as presented, OSHA, EPA, and a host of other governmental agencies should have been lurking around.

Still, American Factory is a mixed bag. The culture clash of Chinese management and American workers can be fascinating. Virulently anti-union, the Chinese do not appreciate Sherrod Brown’s plug for worker rights at their opening ceremony. Upper management telling supervisors that they need to “shower American workers with more compliments” and “we are better than them” can be a bit of a shock. Yet, the film also shows the two groups fishing, shooting and socializing together, learning to integrate. Overall, I give American Factory 3 Gavels and it receives a 96% Rotten Tomatoes rating with a less impressive 79% Audience Score.

In 2008, GM closes its plant in Dayton, Ohio. Thousands of good paying jobs are gone. Fuyao, a Chinese automotive glass making company, re-opens the plant in 2015. Even though starting pay is only $14.00 per hour, it is viewed as a blessing in this hard-hit area. Will the Chinese management style work in America? After all, the Chinese worker may toil 12 hours per day, seven days per week. He may get two days off per month. Do American workers really have “fat fingers?”

No actors here, but the clear star is Cao Dewang, chairman of Fuyao. Americans will view his management style as bull in a china shop, pun intended. During the first three years, the plant fails to turn a profit. Cao and his managers have constant meetings how to motivate the Americans. Can they force them into overtime? How do they get rid of the union organizers?

The complaints of the Americans are not petty. Excessive heat, pouring paint into the sewers, injuries, and lack of manpower are but a few examples. The final union vote presents an interesting counterpoint. Even better, Fuyao takes a few of the Americans to China to view a Chinese factory. The indoctrination of the Chinese worker is eye-opening. With 1.5 billion people competing for jobs, the Chinese worker has little leverage. In the end, while somewhat informative, American Factory is not a fun watch. Letting each participant tell his small perspective doesn’t give the feel of the whole picture. It just seems like something is missing.