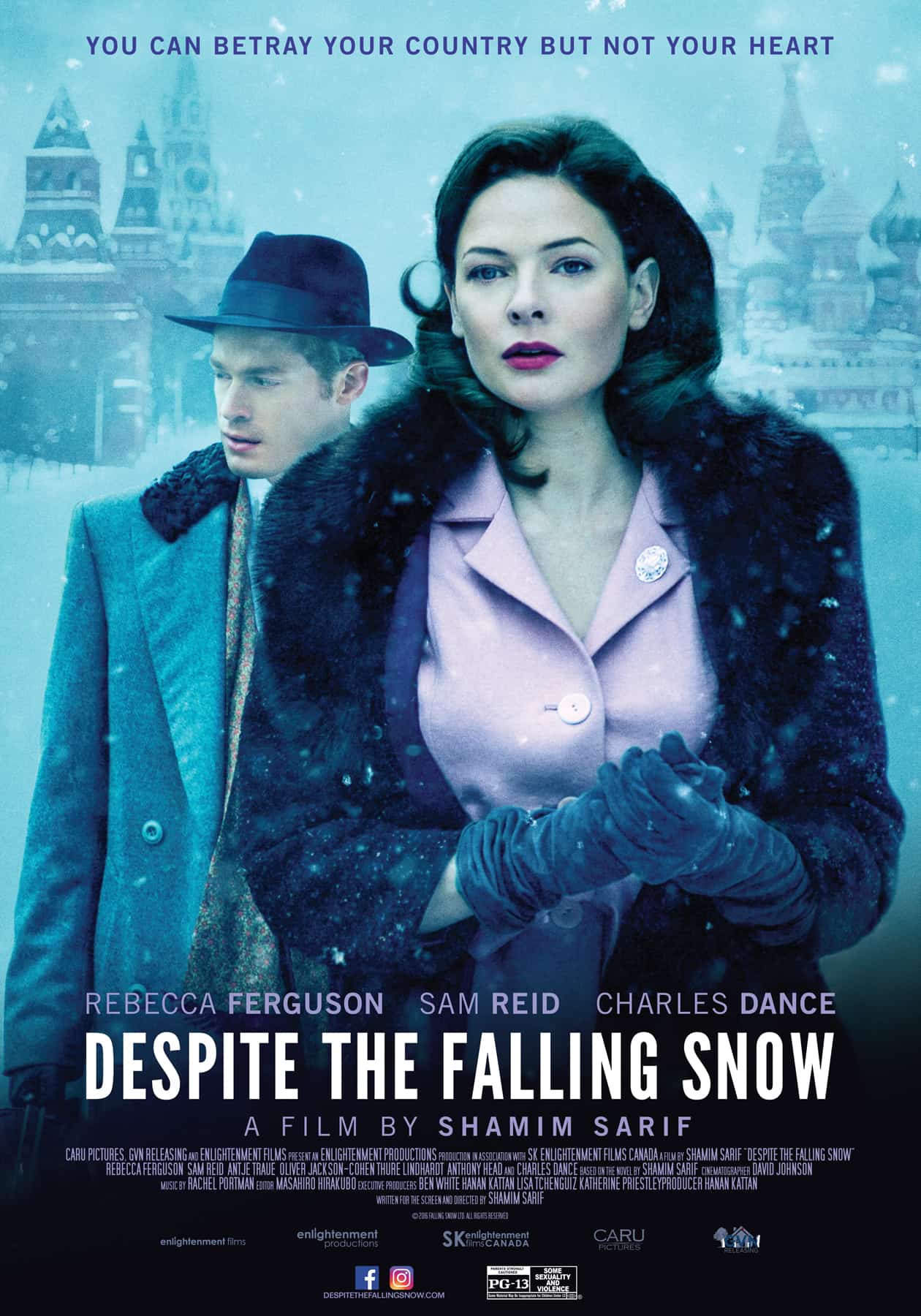 You may remember her as Tom Cruise‘s love interest in the latest Mission Impossible movies. Or, maybe you enjoyed her performance as Jenny Lind in The Greatest Showman. In Despite The Falling Snow, you get Rebecca Ferguson doing double duty, once as a spy for the Americans and again as her niece trying to find her 30 years later. Recently released on Amazon, just how does a well-received book obtain a 9% Rotten Tomatoes rating and a poor 42% Audience score? Execution, my friends, execution. For a movie about the Cold War, spies and defections, Despite The Falling Snow has little tension. Perhaps it’s because the writer of the book is also the director. While the visuals are nice, the structure is clumsy. I give the film 2 Gavels and believe it needed a better director.

Her parents killed by Stalin’s thugs, Katya is a runner for an American spy, Misha. Ready to move up, she is assigned to ingratiate herself with Alexander, a member of the Soviet Foreign Service. They fall in love, and she helps him defect in 1961, but is left behind. After Glasnost, her artist niece, Lauren, seeks the help of a Russian political journalist to find out what happened to Katya.

Despite appearing as Katya and Lauren, Rebecca Ferguson is strangely muted. As Ilsa Faust in the MI films, she is fiery and alive. Here, she is much too passive. Sam Reid (John Glenn in The Astronauts Wives Club) seems miscast as Alexander. Charles Alexander (Tywin Lannister in The Game of Thrones) is much better as the older Alexander.

Where has the movie been since its release date in April 2016? After you see it, you will understand. It’s just so bland! For a love story, one never understands how Katya falls in love with Alexander. And, Alexander is so “nice,” his character should be, well, John Glenn. Never before have we seen a Russian bureaucrat this benign, so milquetoast. Moreover, what does Despite The Falling Snow mean? What sounds like a cool title has no bearing to the story other than it snows in Moscow? Whatever the case, there are lots better spy-thriller-love stories than this. Despite the (lack of) falling snow, I suggest you look for them elsewhere.