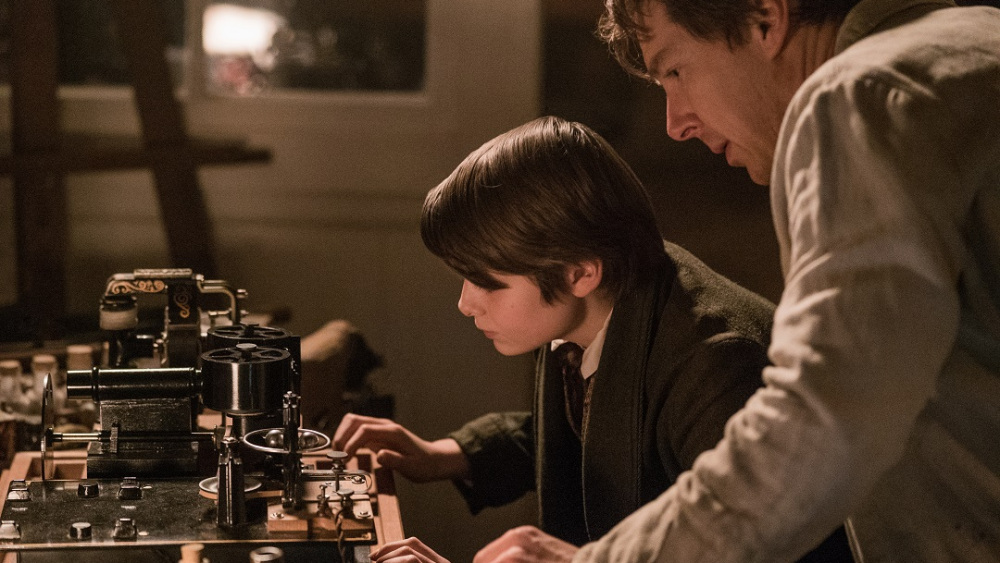 Why isn’t The Current War more electric? Probably because Thomas Edison comes off looking very petty. History vs Hollywood indicates the movie is mostly accurate but this high stakes chapter in American history is choppy at best. Still, from 1880 to 1893, Edison and George Westinghouse fought city to city for the right to light up the U.S. Would it be AC or DC? It seems so obvious now, but who would bet against the Wizard of Menlo Park? I gave this movie 2.5 Gavels and it has a 59% Rotten Tomatoes rating with a 79% Audience score.

In 1880, Thomas Edison has the world at his feet. His promise to light up New York City allowed him to set terms with investors and snub men like George Westinghouse. Nikola Tesla can’t understand why Edison won’t consider alternating current. Westinghouse needs a motor that works on AC. Who wants DC if they need a generator every mile? Who will go bankrupt first?

Benedict Cumberbatch plays Thomas Edison as a man more interested in greed than science. His efforts to tie Westinghouse to the electric chair seems surreal. On the other hand, Michael Shannon’s George Westinghouse appears a punching bag, nearly refusing to fight back against false accusations. Caught in the middle is Nicholas Hoult as Nikola Tesla, an idealist who wants to be treated fairly. The best of the talented cast is Tom Holland (Spider-Man) as Edison’s secretary.

But for Harvey Weinstein, this movie would hit the screens in 2017. But for a re-shoot since its original preview, it would receive a 31% Rotten Tomatoes rating. The Current War is a classic case of taking an interesting topic and making it a mess. It’s a nice movie for Netflix but certainly not worth the price of a movie ticket. Edison’s first practical bulb lasted 13 hours. Today, we would call that a bust, which pretty much sums up this flick. Just not enough juice here.