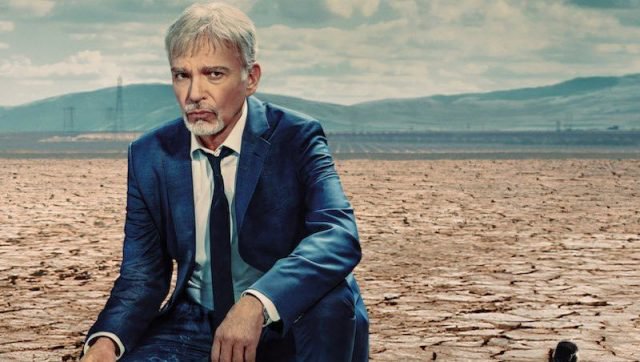 Billy Bob Thornton is not Goliath; he takes on the Goliaths and their big-city law firms with one DUI lawyer/real estate agent and a prostitute legal assistant. Did I mention that he is an alcoholic? Now in Season 3 (each season has eight episodes), having beaten his former law firm and exposed a corrupt politician, his friend needs help. Of course, the down-on-his-luck lawyer has been done before, but David E. Kelley creates a compelling character. You might remember the Kelley name as the creator of Ally McBeal, Chicago Hope, Boston Legal, and Big Little Lies. Most likely, you enjoyed one or more of those shows. I give Goliath 4 Gavels and it receives a 67% Audience score.

Wade Blackwood’s grandfather brought water to the farmers in Blackwood County. Despite three years of drought, guess who is prospering while controlling the County Water Board? Billy McBride investigates after his friend dies in a sinkhole. No one wants to upset Blackwood as there is no life without water. Will McBride get justice for his client in central California? Is Wade really in charge, or is it his sister?

Some actors are typecast, rightfully so. Billy Bob Thornton just looks the part before he even opens his mouth. He will be Billy McBride as long as he wants. The bad guys (and gal) in Season 3 include Dennis Quaid, Amy Brenneman, and Beau Bridges, all professionally sinister, sometimes beyond expectation. Season 1 includes William Hurt and Maria Bello, Season 2 Lou Diamond Phillips and Ana de la Reguera. The series does not lack star power.

No quit in Billy McBride, the more he gets punched, the more certain he is that someone is hiding something. His oddball co-workers, including a delightful Paul Williams (his songs are legendary), add to the wonderful insanity of the show. While there are some weird scenes, you know that Kelley will provide lots of twists and turns. And, who doesn’t love a courtroom battle where the odds are stacked against you? Like Tom Clancy’s Jack Ryan, Amazon gives us another good one. Bring on Season 4!