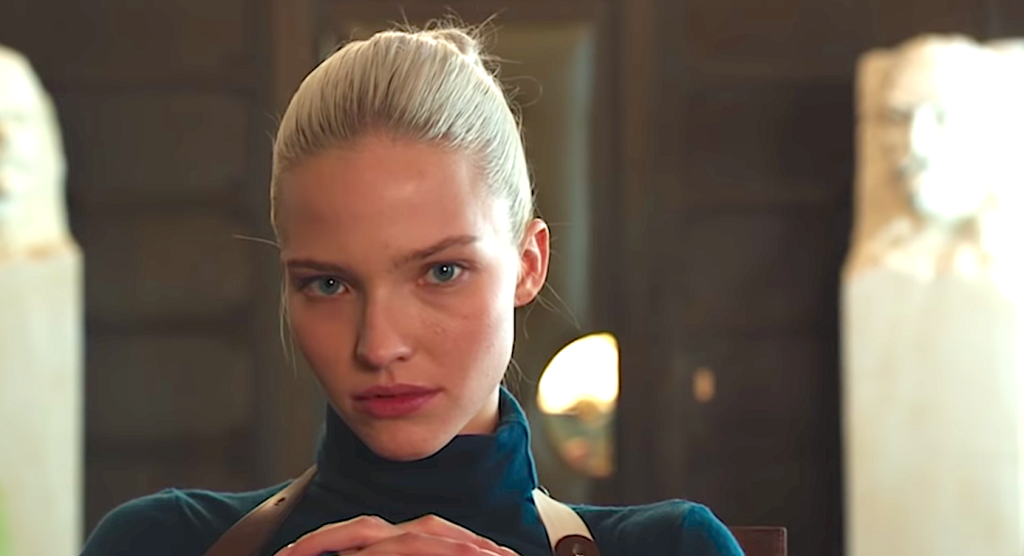 As in Valerian and the City of a Thousand Planets, Luc Besson finds a beautiful model and ogles her with the camera. Making her a spy, but undercover as a model, just makes his voyeurism that much easier. Although ostensibly about getting out from under the thumb of men, Besson’s Anna still feels used, more by him than by the KGB and CIA. Still better than most double-cross, triple-cross spy flicks, there is a feel of similarity. Feel free to substitute “one man/one woman against thirty” absurd shootout scenes from John Wick or Atomic Blonde. I give Anna 3 Gavels and it has a 29% Rotten Tomatoes Rating with an 80% Audience score.

Reeling from an abusive relationship, Anna agrees to join the KGB if she is free after five years. Told that beautiful girls cause problems, she is initially considered a liability. Sent to Paris as a model, she seduces and kills her mark. After three years of kills, the head of the KGB tells Anna that her only way out is death. Realizing that she can only rely on herself, she makes a deal with the CIA for an ultimate escape plan. But what will they expect and will she ever be safe?

Sasha Luss, Russian supermodel, is Anna. Lithe and sultry, the part does not stretch anyone’s acting skills. Helen Mirren is Olga, her Russian handler. As good as Ms. Mirren is, a Russian actress would have been much better. Cillian Murphy is her American CIA counterpart and lover. Luke Evans is Anna’s KGB recruiter and lover.

Since Besson lost $175 million or so on Valerian, the budget on this one was cut way, way back to $30 million. Given the poor ratings, this one will need to break even by selling rights to a streaming service. Given a steamy sex scene or two, that is its likely market. Anna Takes place from 1985 to 1990. To create “mystery,” Besson employs constant flashbacks. Instead, the device creates annoyance. I would call Anna a nice, stay-at-home, popcorn movie, just not worth cost of a movie ticket.