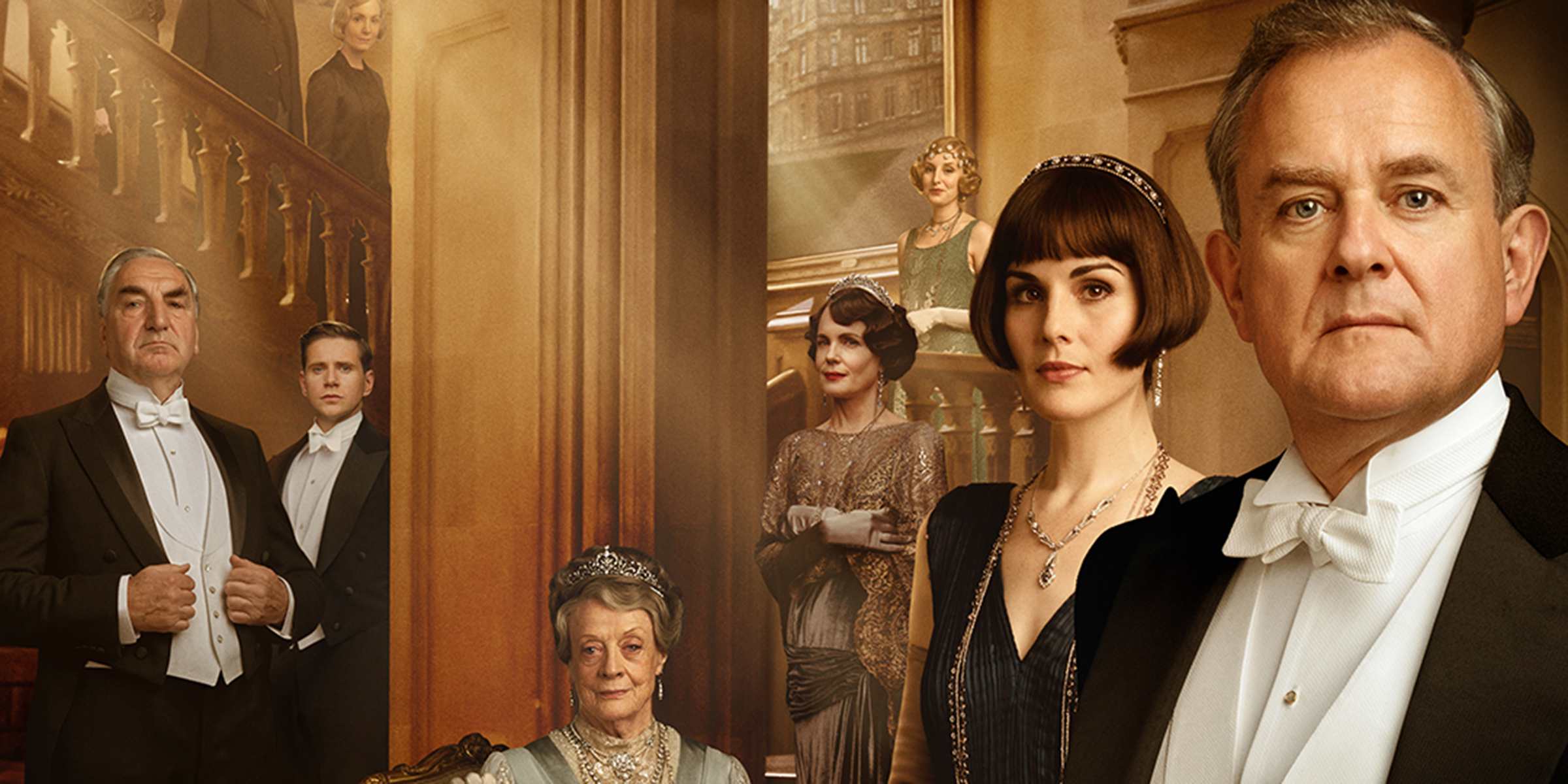 For all Downton Abbey fans, King George V will arrive September 20th. It’s 1927, two years after the series ended. Most of the cast appears to be back except, alas, Lily James. Lady Rose MacClare moved to New York and will miss the King. Still, the staff must prepare as they have never prepared before. And, what will the Dowager Countess of Grantham (Maggie Smith) say to the King? Surely, she will cause some sort of uproar!

Dayton’s own Allison Janney stars in Breaking News in Yuma County. Apparently she catches her husband in bed with another woman, he has a heart attack, and she buries him. Sounds fishy! Her sister (Mila Kunis) is a TV reporter seeking to “uncover” the story of this missing man. Meanwhile, Janney enjoys the attention. The Oscar winning director of The Help is aboard along with Regina Hall, Awkwafina, Juliette Lewis, Ellen Barkin, and Wanda Sykes. There are bound to be some good laughs with that group.

Dances With Wolves and Dogs!

In A Dog’s Journey, Josh Gad voices Bailey. On August 8, you can compare doggy thoughts as Kevin Costner voices Enzo in The Art of Racing in the Rain. Milo Ventimiglia is a Formula One race driver whose love interest is Amanda Seyfried. Enzo not only loves racing, he will certainly help drive this relationship. And, there will be the obligatory cute kid, Ryan Keira Armstrong. So, is this a step up, or down, for Costner’s career?

It’s electric! Or, maybe, not.

The Current Wars (catchy title, huh?) studies the battle between Thomas Edison and George Westinghouse to be the first to light the world. While this 2017 movie should be “enlightening,” it is yet another caught up in the Weinstein fiasco. After two years stuck in purgatory, it will be released October 11. Originally given a 33% Rotten Tomatoes rating, it is now re-edited. Starring Benedict Cumberbatch as Edison, Michael Shannon as Westinghouse, Nicholas Hoult as Nikola Tesla, and Tom Holland as Samuel Insull, the film is full of history. Intended as an Oscar contender, now purchased for $3 million, it seems doubtful to catch a spark.

From the director of The Babadook . . .

An Australian director created a critical success (98% Rotten Tomatoes) in the 2014 horror film The Babadook. Now, she is back with a horror tale of a different type. In 1825 Australia, 21 year old convict Claire has served her seven-year sentence but her master refuses to release her. Murder and rape ensue, and Clare seeks revenge across the wilds of the country. She needs the help of an Aboriginal tracker, Billy. As a sweeping historical drama, she leaves the penal colony to arrive in the middle of “The Black Wars,” the fight between the original inhabitants and the colonizers. The trailer for The Nightingale is impressive as are the early 89% Rotten Tomatoes ratings. Release is scheduled for August 2.

Named Ford v. Ferrari and LeMans 66, this film is set to open November 15th. Henry Ford II (Tracy Letts) and Lee Iaccocca (Jon Bernthal) order Carroll Shelby (Matt Damon) and Ken Miles (Christian Bale) to create a car to beat the perennial champ, Ferrari. After two years, they are ready to compete. This movie focuses on the 24 hours of LeMans, rainstorm and all. It will be a war of attrition. This may be one to see in IMAX!

In 1998, Disney made animated Mulan for $90 million with a return of $304 million. Now, it is reported that Disney will spend $300 million to re-make the movie into live-action, and it will not be a musical. Is this Disney’s biggest budget ever? Pirates of the Caribbean: Dead Men Tell No Tales (2017) cost between $230 million and $320 million. In Hollywood accounting, that likely means the budget was $230 million and with Johnny Depp overruns it cost $320 million. It made nearly $800 million.

Pirates of The Caribbean: On Stranger Tides (2011) cost over $410 million according to Forbes. Some indicate that Depp got $55 million for this movie. Others say that Forbes mistakenly included marketing numbers in those figures. It made over $1 billion. Pirates of the Caribbean: At World’s End (2007) cost $300 million and made $963 million. What should you take away from this? One, it’s expensive to hire Johnny Depp and make pirate movies. Two, Mulan will not be the most expensive movie ever, at least inflation-adjusted.