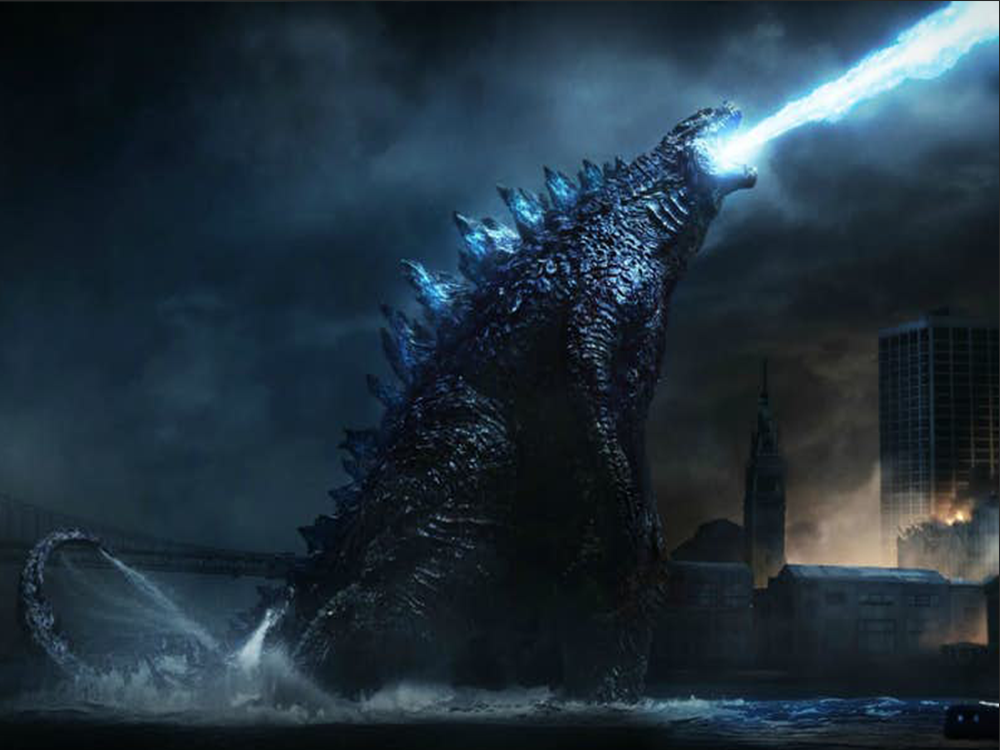 It says something about our society when a movie about one of the great entertainers of our age (Elton John and Rocketman) is scheduled to earn $20 plus million this weekend. But, a grainy, dark, nearly incomprehensible movie about monsters is to make $50 million plus. Franchise, good; music, not so good. Godzilla: King of the Monsters is loud, nearly non-stop, monster fighting which becomes old, real quick. There is no character development, so the actors are mere “food’ for the Titans. And, the plot makes no sense. I give the movie 2 Gavels and it receives a 40% Rotten Tomatoes rating but with an impressive 90% Audience score.

In 2014, San Francisco was destroyed by a monster attack and the Russells’ son was killed. Monarch is to track and study the monsters. When a few are emerging, the government threatens Monarch’s funding and turns to the military to destroy the monsters. Dr. Emma Russell believes that humans and the Titans can co-exist peacefully. Professing that the monsters are nature’s way of putting the environment back in balance, she conspires with an eco-terrorist to release all the monsters including the alpha Ghidora aka Monster Zero. Godzilla knows he is the alpha and the quote of the movie is “it not going to be a good time for Red Sox fans.” Boston, beware!

Kyle Chandler is Dr. Mark Russell who spends most of the movie gaping at the monsters. Vera Farmiga is Dr. Emma Russell who spends most of the movie trying to convince others that the world won’t come to an end if she releases the monsters, all evidence to the contrary. Sally Hawkins may be the luckiest actor in the movie because her character is mercifully killed off early. Bradley Whitford‘s charcater is just annoying.

If you are a glutton for punishment, Godzilla vs. Kong is set for release March 13, 2020. Back to Godzilla: King of the Monsters, the reviewer for New York magazine says “this thing is an unholy mess.” The Toronto Star’s critic notes “the film is so murky, it looks as though it was put through a dark blue Instagram filter.” Anyway, somewhere in this movie is a supposed environmental message that misses its mark by miles and miles. Somewhat like the Jurassic Park franchise, it is good to know that nature can restore itself, but also disconcerting that raptors, or in this case, monsters, are roaming the Earth. Do yourself a favor, ignore this one and maybe Godzilla will forget about us!

3 thoughts on “Godzilla: King of the Monsters — 2 Gavels 40% Rotten Tomatoes”