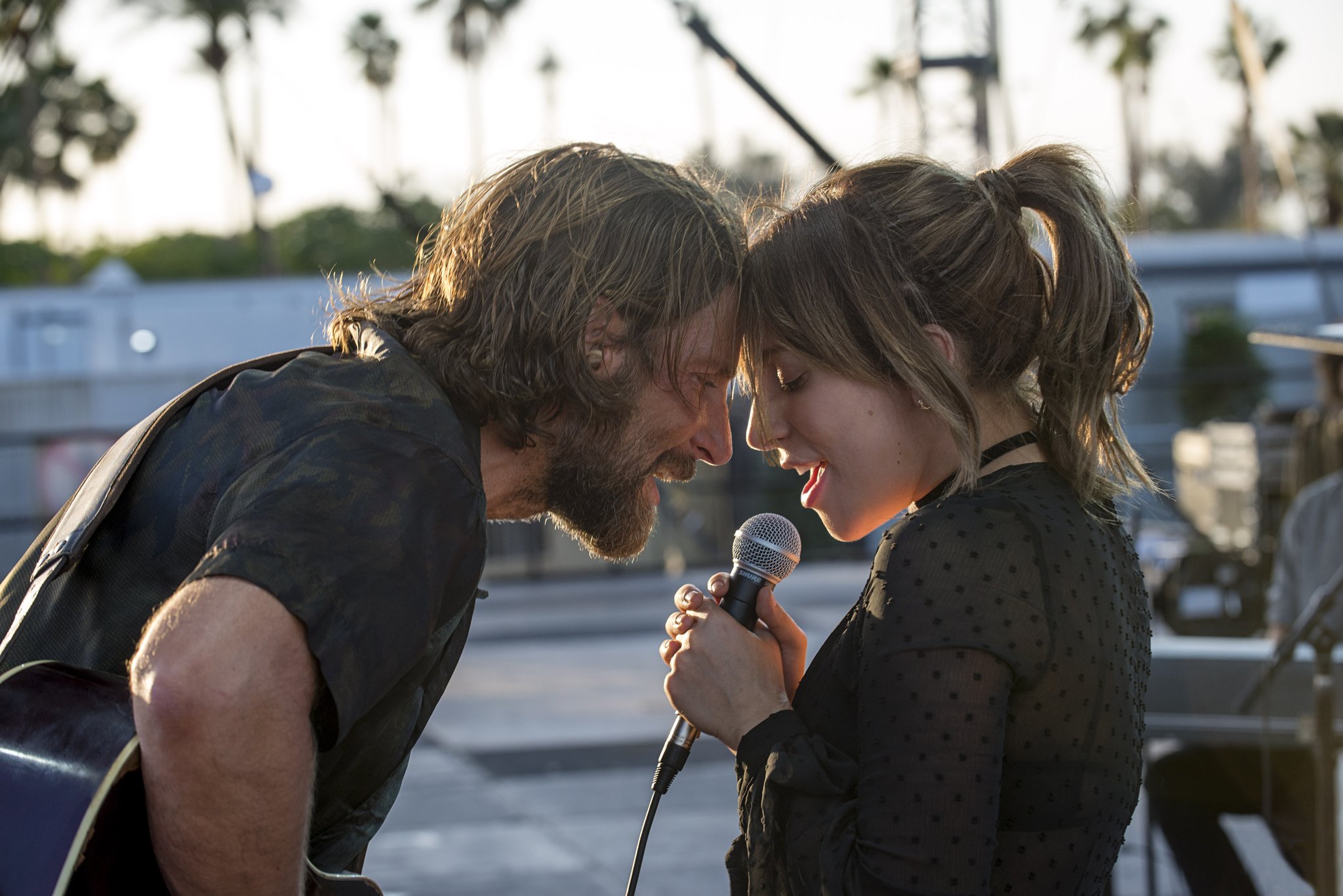 By definition, a remake can not be a 5 Gavel movie!  Although one and one-half hours into the movie, I am certain that I need a new definition.  A rookie director can not be a legitimate candidate for Best Director.  Wrong, as Bradley Cooper allows the camera to feast upon the faces of two people falling in love, to be on stage with the music, and to feel the agony of alcohol and drug addiction.  Certainly, it must be mistake to allow Bradley Cooper to sing in front of an audience, to allow Lady Gaga to try to replace the iconic Barbra Streisand.  Wrong again, as Cooper has “a story to tell” and Gaga is more believable than Streisand in the the 1976 version.

There are very few movies that you might want to buy the soundtrack, but here is one of them.  The quality of the songs is consistent throughout.  This movie lives up to its hype.  I am not a fan of sad endings, but it is done well.  I give this movie 4.5 Gavels and it receives a 90% Rotten Tomatoes rating.

Jackson Maine is a well-known singer with an alcohol problem.  After a concert, he stumbles into a drag-queen club looking for a drink.  Ally vamps to La Vie en Rose and captures his heart.  He convinces her to join him on tour and on stage.  Her songs grab the attention of Rez Gavron, a music producer.  Soon, their careers are on different trajectories. Bradley Cooper is Jackson Maine.  He acts, and sings, better than Kris Kristofferson.  Lady Gaga is Ally, able to show the nerves of a new performer, yet deliver a song with the voice of a diva.  Sam Elliott is Bobby Maine, brother and manager to Jackson, always a pleasure to watch. Rafi Gavron is the movie producer, with just the right amount of sleaze and persuasiveness.  Dave Chapelle and Andrew Dice Clay have minor parts.

In my opinion, the movie is 20 minutes too long.  On the other hand, the descent into hell of Jackson Maine is a veritable train crash.  If you are into sad, this is it in spades.  In any case, the first 1.5 hours alone are worth the price of admission.  If you doubt the wisdom of a re-make, join the club.  Still, Cooper has hit his home run.  This version has already made $143 million on a budget of $40 million.  Cooper will live to direct again.  I highly recommend this movie.  Put it on your to-do list.