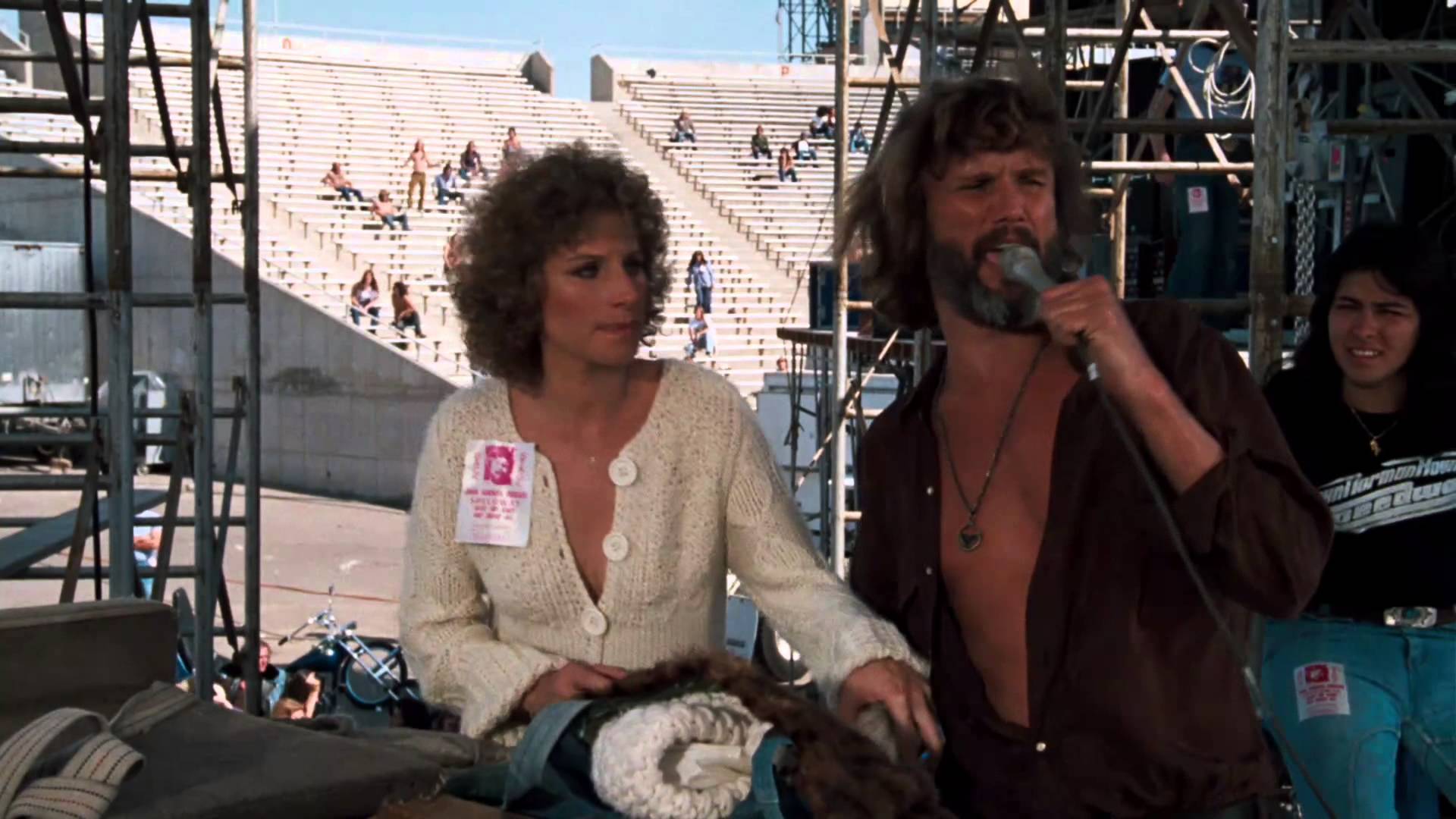 Why re-visit the third remake of this film?  Bradley Cooper and Lady Gaga are very impressive in the above trailer.  The 2018 version is on the big screen October 5th.  I did not see the 1976 version, but remembered that the critics didn’t like it.  However, it did make $80 million on a $6 million budget.  In preparation for the new “Star,” why not check it out?   Perhaps I shouldn’t have.  I give it 2 Gavels and Rotten Tomatoes gives it a 31% rating.   You can find it on Netflix.

What Price Hollywood was made in 1932 with two actors with whom I am not familiar.   Just five years later, A Star Is Born (1937) arrives.  It stars Janet Gaynor and Fredric March and is so similar that RKO Studios considers a plagiarism suit.  Ironically, the drama receives an Oscar for Best Original Story.  Fast forward to 1954 and we find Judy Garland and James Mason in a musical version of A Star Is Born.  Six nominations for Oscars indicate its critical success.  But, in yet another ironic twist, it is Judy Garland who has substance abuse problems during the filming of the movie rather than the male lead in the movie.

John Norman Howard is a fading Rock Superstar.  He is warned that his antics are wearing thin, but  continues his path of self-destruction using alcohol and drugs.  He stumbles into a bar and hears Esther Hoffman singing.  Captivated by her voice, he convinces her to sing at one of his concerts.  Her star now rises; his now fades.  His managers tell him to abandon her or it will ruin her career.  Can John resurrect his past success?  Or, should he go on to the road with Esther?

Barbra Streisand is Esther Howard but, at age 34, is completely unbelievable as the wild-eyed groupie chasing after her man.   As the movie advances past their marriage, she fits a bit more naturally into the role.  Her voice, as always, is magnificent.  The song “Evergreen” won an Oscar.  Kris Kristofferson plays John Norman Howard and appears to be sleep-walking through this picture.  Granted, he cast as an addict, but his acting skills need work.  Lots of work.   Gary Busey is John’s manager in a small, forgettable role.

Why are actors attracted to this tragedy?  Apparently, Clint Eastwood tried to put together a version starring Beyonce in 2011.  I can see why Bradley Cooper would jump at the chance to make his debut as a director.  If the trailer is any indication, the music should do nothing but enhance the stardom of Lady Gaga.  But, does she need it?  More importantly, history shows us that Academy Awards nominations are possible.  Barbra and Kris were not the best casting choices.  Hopefully, Cooper and Gaga have more chemistry.