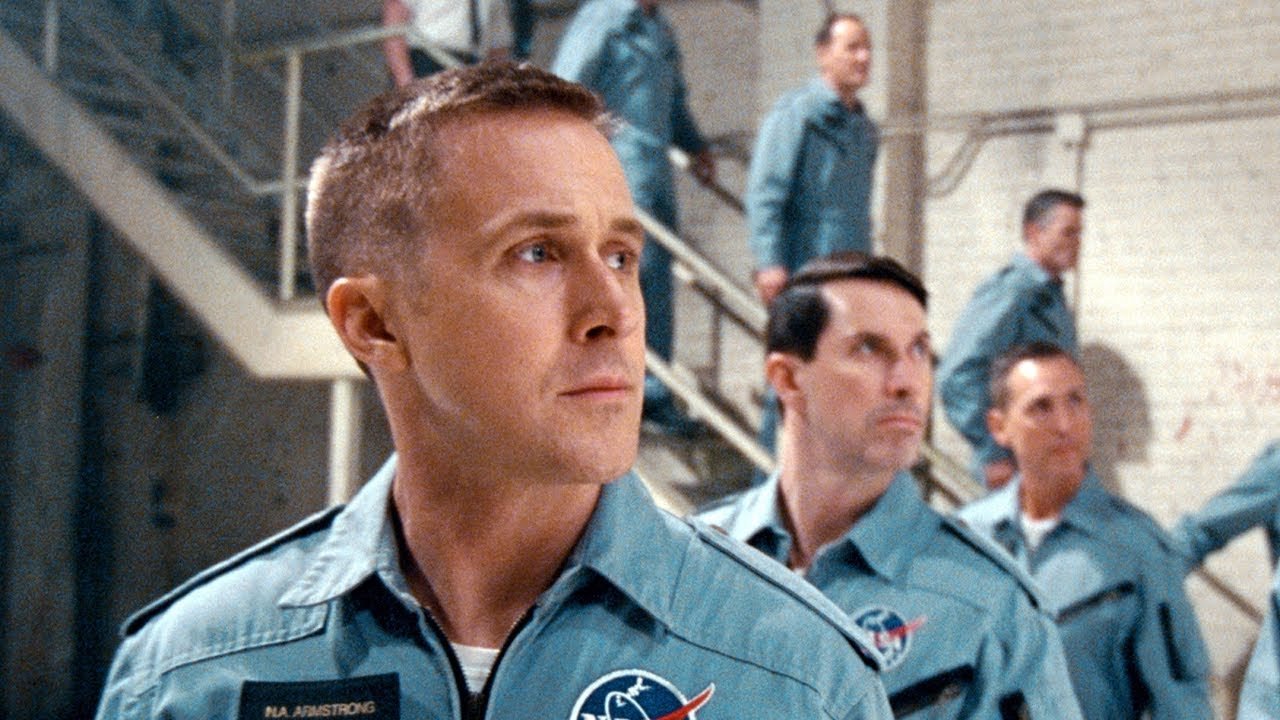 First Man reminds us that danger sits on the shoulders of test pilots and astronauts, death an acknowledged companion.  Neil Armstrong is an engineer and engineers solve problems.  Except, try as he might, his inability to save his daughter and his fellow “fliers” appears to haunt him to the extent that he seems to prefer loneliness.  Perhaps that is fitting for a man whose profession has long periods of boredom punctuated with moments of sheer terror.

The disconnect between the audience and the critics is significant.   The shaky, hand-held camera is used far too often for my taste.  Still, some of the camerawork is stunning.  The movie suffers in comparison to Apollo 13 and the flag controversy does it no favors.  Good, but far from great, I give the movie 3.5 Gavels and it receives an 88% Rotten Tomatoes rating.

How does one become the first man on the moon?  First Man traces Neil Armstrong from his days as a test pilot.  First in the Gemini program, then into Apollo, the hazards of space travel consume his life.  Janet Armstrong is supportive, yet the danger is a constant thorn that she may suffer another loss.  And, we are reminded that not everyone thought that the space race was worth the cost.

Ryan Gosling plays Neil Armstrong.  Those in Lebanon who knew Neil indicate that he didn’t say much, but when he did, people listened.  Ryan is unable to match that quality.  Much better is Claire Foy as Janet Armstrong.  She stands by her man, but the stress and lack of communication show that divorce is inevitable.  Corey Stoll, Pablo Schreiber, Jason Clarke, and Kyle Chandler have small parts as other astronauts, but no one stands out.

For a first-run movie to open in third place is not good.  Notwithstanding its issues, should you see this movie?  Yes, but understand it will likely disappoint to some degree.   At 141 minutes, it is at least 20 minutes too long.  Damien Chazelle directed masterpieces in Whiplash and La La Land, but is unable to carry over that quality in First Man.  This is a crowning achievement in American history, but one doesn’t get that feel.  With Neil in isolation for three weeks after his return to Earth, the ending deflates rather than uplifts.  In my opinion, Neil Armstrong deserves better.