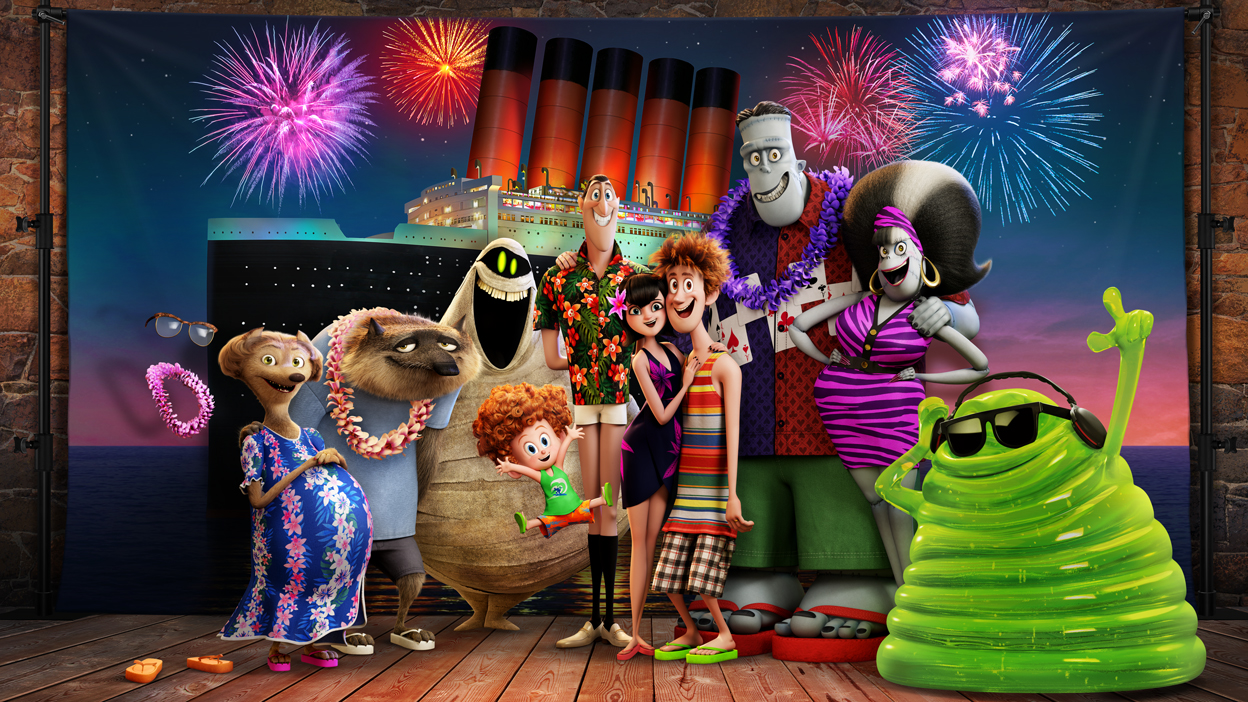 Dracula, Frankenstein, and Van Helsing have never been on my radar.  I confess that I did not bother with the previous versions of this franchise.  But, when I saw the trailer with Drac trying unsuccessfully to converse with Siri, I was hooked.  That was me!  Kids will love the monsters and the very colorful background.  The problem is that it just doesn’t compare to The Incredibles 2.  In fairness, the DJ battle was very good.  There just weren’t enough funny moments.  Flatulence jokes got laughs and giggles from the youngsters, and the adults, in the screening I attended.  But, seriously?  Surely, the writers can come up with something new.  I give it 3 Gavels and it has a a 59% Rotten Tomatoes rating.

Dracula and Van Helsing’s family have been fighting for centuries.  After some brief history, the story advances to a monster wedding.  Then and there, Drac realizes that something is  missing in his life.  He hasn’t had a date in over 100 years.  His daughter, Mavis, thinks that he is working too hard.  As a surprise, she organizes a vacation for the whole family.  Unbeknownst to her, the captain of the cruise ship is Ericka, Van Helsing’s great-granddaughter, also a sworn enemy of all monsters.  Will she be successful where all other Van Helsings failed?

Dracula is voiced by Adam Sandler and his Transylvanian voice is spot-on.  Ericka, a Charlize Theron look-alike, has the sexy voice of Kathryn Hahn.  Selena Gomez is Mavis, Kevin James is Frankenstein, Steve Buscemi is Wayne, and Mel Brooks is Vlad, just to name a few.  All the voices are wonderful.  It’s just that the script needs more help.

Did you know a video game has already been released based on this movie called Hotel Translvania 3: Monsters Overboard?  With a budget of $80 million, this movie will make about half that this weekend in the US and Canada.  The family message is a good one and should resonate with audiences.  Will monsters and humans ever be able to co-exist?  I applaud the effort, even though the delivery is lacking.  In the 97 degree heat, you could do a lot worse than watch this movie in an air-conditioned theater.  You could also do a lot better.  Certainly, Early Man was much better than this early monster.