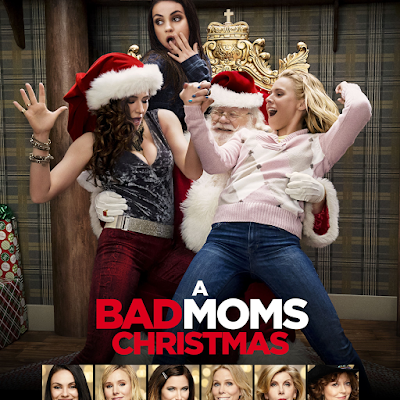 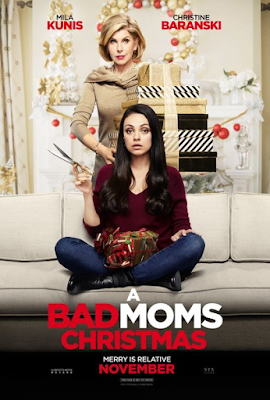 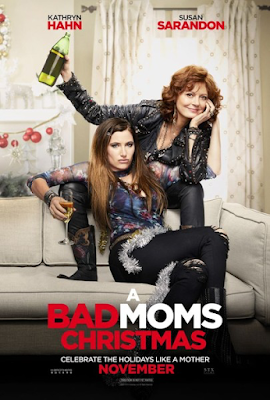 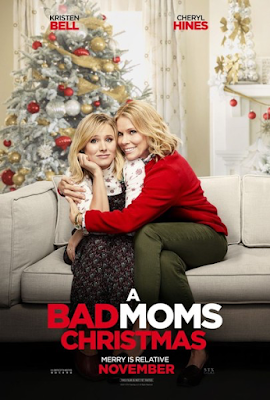 The No Boundaries Mom.

Why is there a Bad Moms 2?  Because Bad Moms had a budget of $20 million and grossed $183.9 million.  And I used the word “gross” purposely as it is quite apt here. This movie is funny at times, raunchy at times, and touches gross at times, think a cringingly over-the-top SNL skit. That being said, reports are circulating that Bad Moms 3 is in the pipeline, all as this movie is just being released without reviews by critics.  If you are easily offended, perhaps you should seek “entertainment” elsewhere.

By the way, how is your relationship with your mom?  Does she add additional stress to the holidays?This is the theme of A Bad Moms Christmas.  The pictures above give you an idea of the problems that Amy, Kiki and Carla are having with their moms.  Complaining about their mothers to each other, they decide to get drunk at the mall.  (Can you even do that?)  Finally, they decide that they are going to have the Christmas they want rather than what other people expect.  And, of course, conflict arises with their Moms.

Mila Kunis is good as Amy but completely overshadowed by the domineering Ruth played by Christine Baranski.  Peter Gallegher has a nice small part as Amy’s Dad.   Kristin Bell as Kiki has a blah part, again bested by Sandy, acted by Cheryl Hines.  Kathryn Hahn is Carla and her part is merely an extension of her SNL life.  It would be nice to see her do something else.  Susan Sarandon as Isis has been playing the boozy floozy part for years, no stretch for her either.  Wanda Sykes has a small part as a therapist, and Kenny G appears as himself.  Amazingly, the men in this movie appear to be the stable ones.

Ultimately, the movie lets you know that Moms are pretty good, even though there can be a wide range of quirkiness.  To get to that point requires a lot of anatomical references and F-bombs.  I still think Hollywood can do a lot better, but this movie had a budget of only $28 million.  If they can make anywhere close to what the first one made, don’t expect better writing.  The line for what is comedy will just go lower and lower.