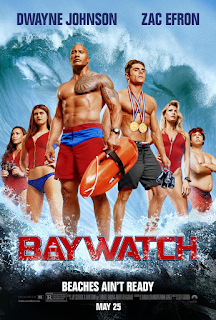 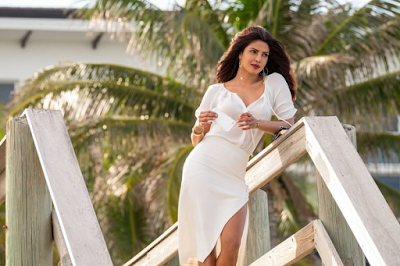 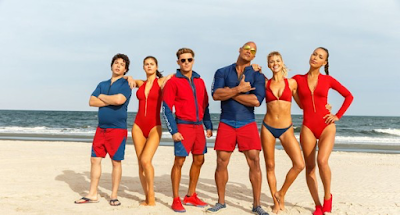 Muscle men, beautiful women, big blue ocean, what could go wrong?  Everything; if you’ve seen the previews, you’ve seen the best parts of the movie.  Granted, I did not watch Babewatch (excuse me, Baywatch the TV series), so maybe I missed a spoof in here somewhere, but I think not.  Bodywatch (excuse me again, Baywatch) is in desperate need of a plot.  Maybe the lifeguards could save a few writers before they attempt another flick.

Matt Brody (Zac Efron) is a disgraced Olympic swimmer trying to resurrect himself by joining the Baywatch team. Not being a team player, he wants no part of Mitch Buchannon’s (Dwayne Johnson) effort to save the Bay from Victoria Leeds (Priyanka Chopra) and her drug smuggling.
Besides the lack of a believable plot, Chopra is not a believable bad babe.  Zac Efron belongs on the list with Vin Diesel as one of the five worst actors in Hollywood.  Seriously, can you think of one good movie he has been in?  Granted, Chopra, Alexandra Daddario, Ilfenesh Hadera. and Kelly Rorhbach are some serious eye candy, but c’mon give us some dialogue, too!
The Rock is always likeable and entertaining.  How long before he becomes the new Will Smith and saves the world every July 4th?  Even he can’t save this beached whale.  If you go see this film (I use that term very loosely), be prepared for lots of raunchy material that passes for comedy in Hollywood.  This raunch was not funny and should be quickly dispatched to the depths of the ocean. Hopefully, Johnny Depp will be better.