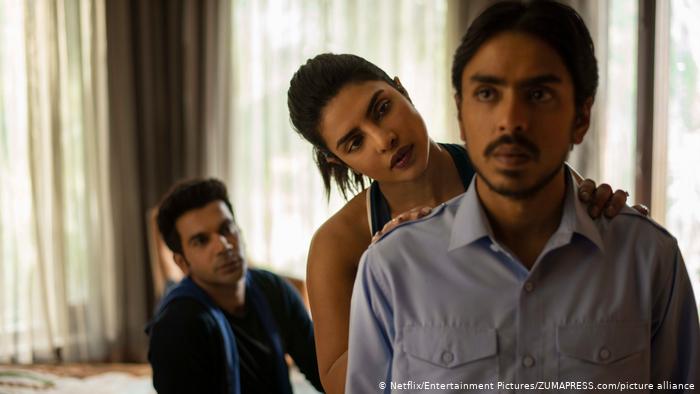 Based on a New York Times bestseller, The White Tiger earns a Nomination for Best Adapted Screenplay at this year’s Academy Awards. The author states the purpose was “to capture the unspoken voice of people from ‘the Darkness’ – the impoverished areas of rural India . . .” In so doing, he paints a bleak picture for the lower classes. Balram tells us “there are only two ways to the top for the poor, crime or politics.” He breaks out of the “coop,” but at what cost? In other words, this is no Slumdog Millionaire, much darker in tone.

As a once in a generation event, can Balram be The White Tiger? In an email to the Chinese premier, he is certain that the white man is on the way out. “This is the century of the brown man and the yellow man.” Yet, learning the corrupt ways of his Indian masters are his tools to escape poverty and become a rich man. At the cost of his entire family, the fictional Balram seems a poor choice for a role model. At the end, he promises to be a better master, to treat his employees better. But we’ve seen this film before, with dictators and despots who give false hope. Does the end justify the means? Clearly, not as enamored with The White Tiger as the critics, I give it 3.5 Gavels. It receives a 92% Rotten Tomatoes rating with a 7.2/10 IMDb score.

A promising young student, Balram drops out to help pay debts to the landlord “The Stork.” Certain he will never be more than a servant, his best opportunity is to be the chauffeur for the Stork’s son, Ashok. Ashok and new wife, Pinky, recently returned from the U.S., treat Balram better than before, but still as a servant. In his first act of treachery, Balram informs on a fellow chauffeur to drive Ashok and Pinky to Delhi. There, he observes wholesale bribery by his masters. However, should anyone be told, it is certain death for Balram and family. Still, nothing compares to the night a drunken Pinky demands that she drive back to their ritzy hotel. Balram has dreams, too, or are they nightmares?

How good is Adarsh Gourav as Balram? Around the world, he has three Best Actor nominations. He absolutely nails the “duality” of supine servant and “kill or be killed” master. From Quantico to Baywatch to her marriage to Nick Jonas, Priyanka Chopra Jonas is rarely out of the news. She is quite effective as Pinky, but it’s a rather small part. Rajkummar Rao plays the ill-fated Ashok, a man caught between the Western ideals and Indian reality.

As a film depicting the impossible struggles of lower castes in India, The White Tiger is top-notch. On the other hand, as a path to guide the underclass to the promised land, not so much. While trying to convince the world he is a changed man, what possesses Balram to brag of his exploits to the Chinese? Would they be less judgmental?

“Any hope or salvation The White Tiger offers is laced with a drop of arsenic, and there are certainly no Bollywood dance numbers to lift your spirits.” News.com.au

“It’s a corrosive satire that uses a Charles Dickens-type story to suggest that a revolt by the oppressed is not just likely. It’s inevitable.” Minneapolis Star Tribune

“The White Tiger offers a cutting analysis, but no easy answers, leaving one with an uneasy feeling about not only what it means to make it, but what it takes.” Tribune News Service

In the final analysis, this is an intriguing film, but not a fun one.