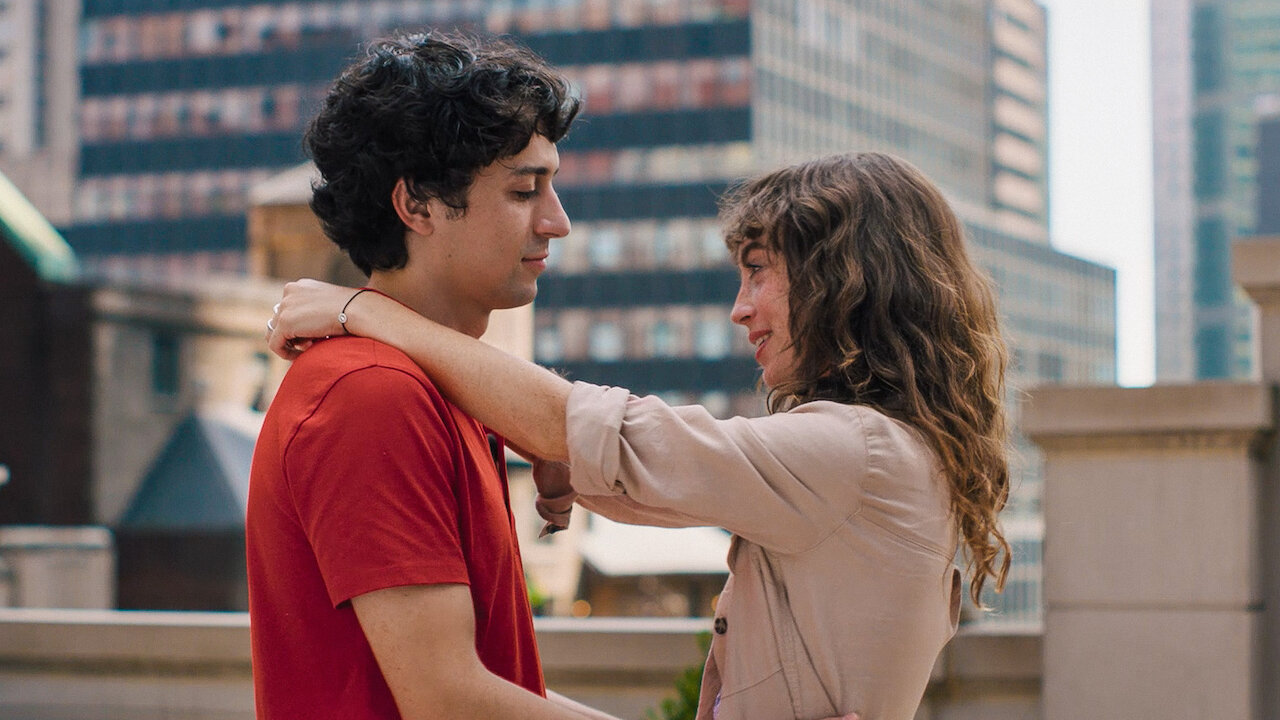 Not expecting much with an early 5.0/10 IMDb score and no Rotten Tomatoes rating, Netflix’s 40-Love met my expectations. This week’s menu being pretty sparse, why not try a sports movie? A math geek traveling to NYC to help a Russian tennis pro get over that last hurdle has promise. How does he get an introduction to her? Why should she trust an unknown to improve her game? Can he really guarantee a win against a rival she’s never beaten? Are his family and friends back home laughing at him? Let’s run with it!

And then, the producers/director/writers/Netflix lose their way. At times 40-Love is a sweet love story and a nice effort at a sports flick. Abruptly, it will shift to Saturday Night Live-type skits, large amounts of unnecessary profanity, and a Pitch Perfect announcer imitation. The mood and flow, completely disrupted, unsettles as if the powers-that-be couldn’t decide what kind of film to make. So, they throw a little of everything at the wall, but precious little sticks. That said, Beek and Casey do have a nice best friend-turned-love interest vibe, both just unconventional enough to fit together just right. But first, Beek must get over his obsession with Lois. Well, isn’t that a strange first name for a Russian tennis star? I give 40-Love 3.0 Gavels.

Though “elegantly relentless” and perennial No. 1 in the world, Lois Kuzenkova can’t beat rival Lourdes. Just fired from his hamburger slinging job, math whiz Beek Hayden now has nothing better to do than travel 1670 miles to NYC and the American Tennis Tournament. Car trouble lands him in Hartsville where he picks up Casey, an artist uncertain of her talent. After some initial hesitation, both agree to assist the other. Casey learns where Lois will be clubbing; Beek promises to attend Casey’s interview at Pace University. Teaching Lois to be less robotic leads to a kiss. So, where does that leave Casey?

In 40-Love, a hotel employee notes that Beek has a Timothee Chalomet look. With sunglasses (see bottom pic), Jasjit Williams can pull it off. Speaking of lookalikes, Alena Savastikova as Lois reminds the viewer of Anna Kournikova although not her tennis skills. Recently seen in And Just Like That . . ., Katerina Tannenbaum is the best of the three as Casey.

In a nice ending, Beek learns that life is not about “connecting objects, rather about connecting with people.” While Lois might be too predictable in her game, the comeback and “moonshot” are more foot-fault than ace. Still, you gotta’ like a Russian dad who steps up for his daughter, caricature that he may be.

“But the bulk of the film is a contraption designed to put the obsessed math nerd in that tow truck, on the road, in hotel rooms and in New York with this waitress/aspiring painter whose father wants the nerd to help him ‘give her a push’ out of the dead-end small town . . .” Movie Nation

“40-Love could have been a much better film than it is. The story is at its best when Beek is in full nerd mode, either making uncanny Sherlock-type observations or using math to make a real difference.” ParentPreviews.com